With Mother’s Day being right around the corner, we offer up five vehicles that might appeal to the Hot-Rod Mama (or Papa) in your life. Now, we certainly believe there are plenty of folks out there who want to light up a straightaway in something like a Chevrolet Corvette or Porsche 911. At the same time, this list will focus on vehicles that are a bit more practical: one where you can drop the kids off in the morning and then take the long way to work. Check out these vehicles for mom:

The basic criteria for this list are pretty simple. The vehicle must have 4 doors, be fun to drive, and carry a sticker price of less than $50,000. It’s not all about maximum horsepower, though that characteristic certainly doesn’t hurt.

This Explorer has the goods on paper: revised styling designed to make this 7-seat crossover look more aggressive, a sport suspension, and Ford’s excellent 3.5-liter turbocharged “EcoBoost” engine. Trouble is, this vehicle doesn’t actually exist . . . yet. It could end up being the worst thing since the Renault Fuego. While that doesn’t seem likely given Ford’s recent track record, we can’t put it on this list. We also don’t know how much the Sport will cost, though given its level of equipment in relation to the related Explorer Limited, we can’t imagine it would break our self-imposed $50,000 limit.

The Civic Si is definitely fun and generally fuel efficient, but it’s a bit small to be really practical. The current model, which is new for 2012, also lacks the polish of its predecessor. Honda is preparing a host of updates for the 2013 Civic. Though we’re not entirely sure what the company has in store, we hope they can polish up the Si a bit.

You might charitably call the styling polarizing (despite being freshened for 2012), but there’s no denying that the Acura TL is a fun car to drive. The 6-speed manual transmission is especially delightful and the one we recommend. It’s fun to shift, and the low-effort clutch makes this one of the few manual-transmission cars that doesn’t tire us out in heavy traffic. Overall, the TL offers a terrific blend of performance and luxury at a very reasonable-for-the-class price.

Durango R/T makes no bones about its mission as a performance-oriented SUV. Monochromatic paint with bits of blackout trim, low-profile 20-inch tires, and big dual exhaust outlets make this the most extroverted of the Durango lineup. The fact that there are 360 horses under the hood doesn’t hurt, either. Some of us find the R/T of dubious value (since V6-powered Durangos are so very good). But it could be just the thing for those who want to wear their performance aspirations on their sleeves.

We chose the Optima over its Hyundai Sonata 2.0T cousin because we think the Kia looks, rides, and handles better. You can also get it with some unexpected luxury features such as cooled front seats and a heated steering wheel. Oh, did we mention that it’s fast? The Optima turbo’s 4-cylinder engine puts out more power than most rivals’ V6 engines while still garnering a 34-mpg rating from the EPA. 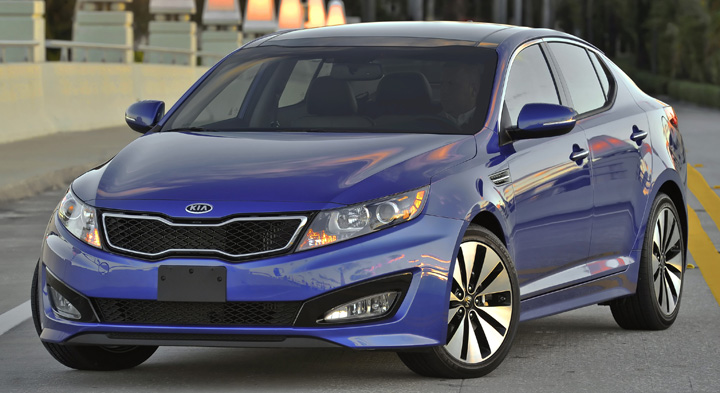 You might call it a personal indulgence, as this is one of my personal favorite vehicles, but the objective data is there to support the RAV4 being here. Basically, Toyota put its excellent 3.5-liter V6 engine into a small SUV. With 269 horsepower on tap and available all-wheel drive, the RAV4 is more than capable of winning a stoplight grand prix or two. The Sport’s firmer suspension tuning means you can toss it more than your typical SUV, yet the ride is not punishing for the daily grind. 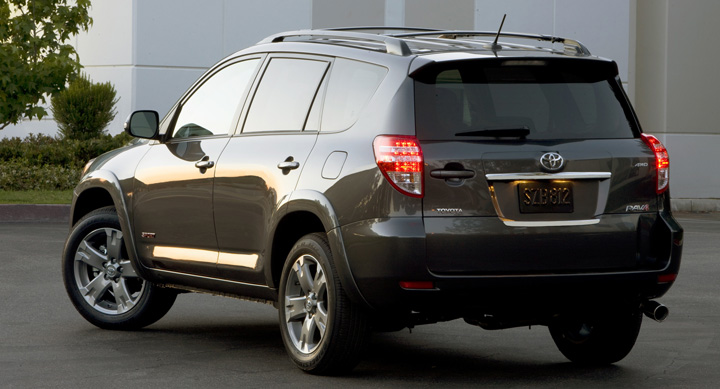 It’s far from being the most powerful car on this list, but it might very well be the most fun. Volkswagen’s iconic “hot hatch” is all that, not to mention fuel efficient, roomy, and exceptionally well built. Throw in three years of complimentary scheduled maintenance, and the GTI is a vehicle that every mother could love. 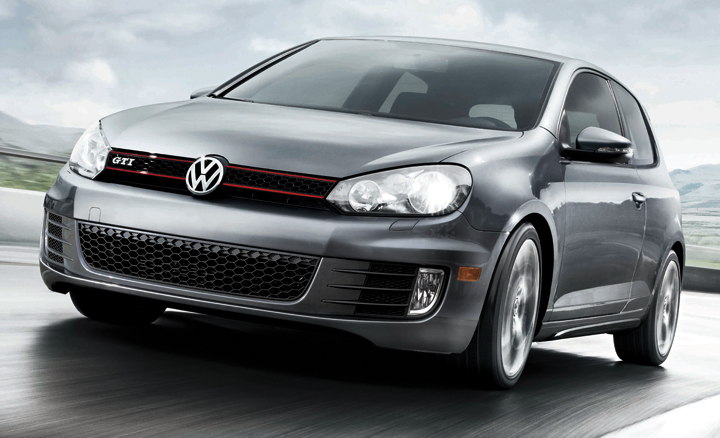