Sales Pitch: “A Mercedes-Benz for the new millennium.” 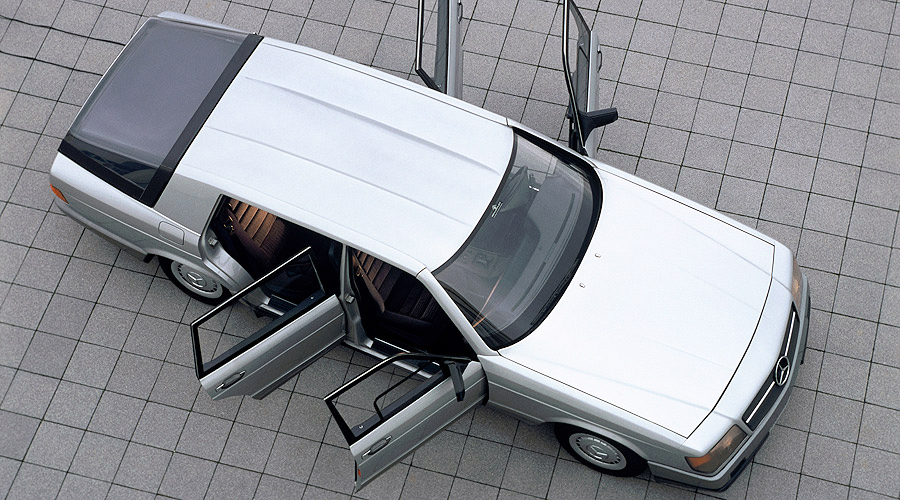 Designed with an eye toward efficiency and passenger comfort, the Mercedes-Benz Auto 2000 Concept was developed as part of a broader goal to prepare Germany’s auto industry for the next millennium–an initiative spearheaded by the German government’s Ministry for Research and Technology.

The Auto 2000 bears a striking resemblance to the Mercedes S-Class large sedan of the same era, with the exception of the dramatic fastback roof–which was key to the concept’s extraordinary aerodynamics.

While a production early 1980s S-Class sedan boasted a drag coefficient (Cd) of .38—slick for the day—the 2000 Concept was reported to slip through the atmosphere with a Cd of just .29.

Note also, that although the Auto 2000 resembles the S-Class sedan, it incorporates the sleeker grille of the S-Class coupe–perhaps in part because the coupe grille didn’t have a stand-up hood ornament, which may have hurt airflow.

The Auto 2000 Concept was developed along with three interesting powertrain options. The first was a 3.8-liter V8 featuring cylinder deactivation. Under light loads, the engine would operate on just 4 cylinders, thus reducing fuel consumption. Mercedes would go on to be one of the first manufacturers to employ this technology on production automobiles.

The second engine was a 3.3-liter twin-turbo 6-cylinder. Mercedes-Benz reported that an Auto 2000 Concept traveling at a constant 75 mph returned better than 31 mpg.

A turbine engine was also developed, though Mercedes did not report on its efficiency. All three engines were mated to a conventional 4-speed automatic transmission.

Volkswagen also developed an Auto 2000 Concept. You can read about that vehicle here. 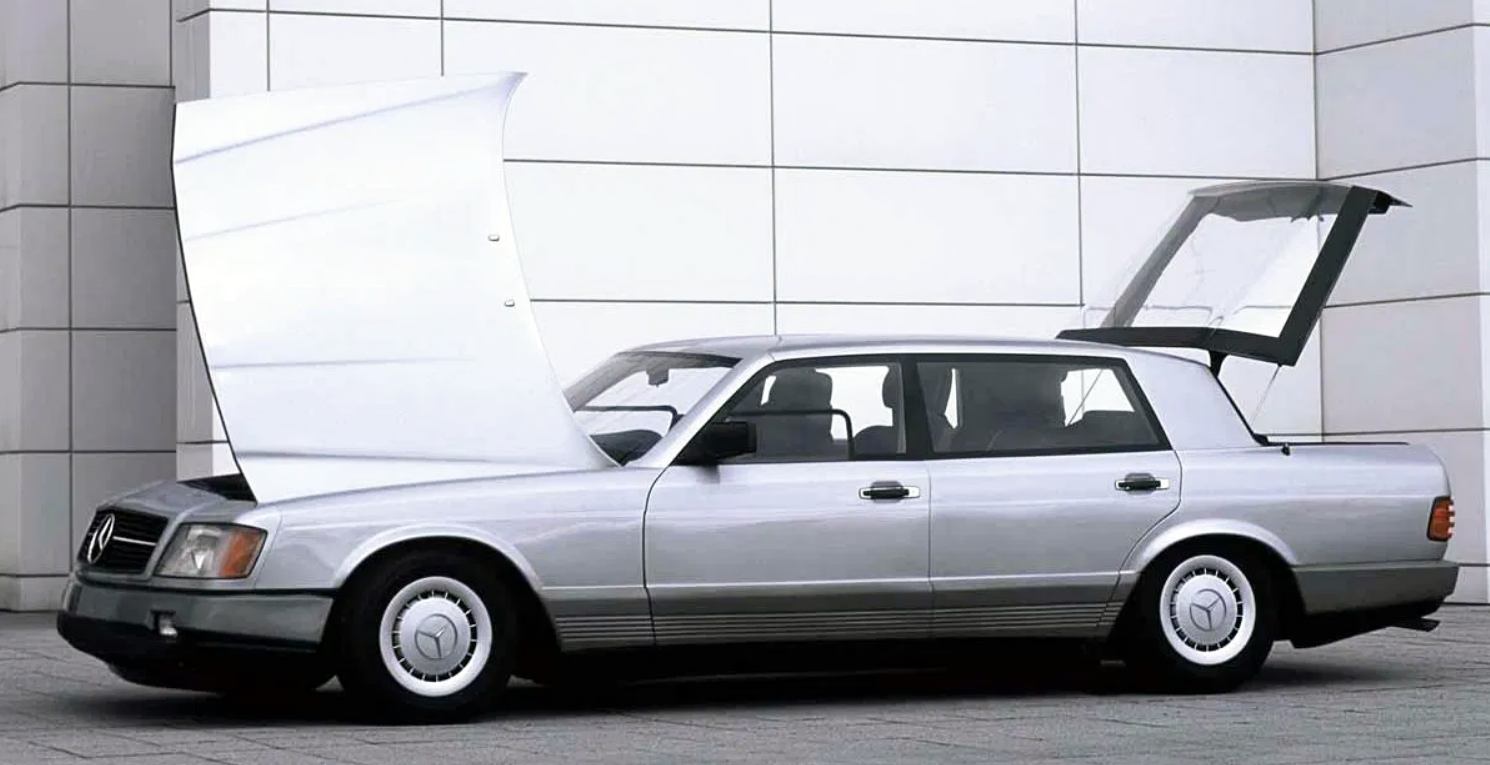 I have to appreciate that Mercedes-Benz’s goal here was not to build a tiny 75-mpg grocery getter, but a more efficient version of its much respected S-Class super sedan. Though I kind of like the lowered look (and I love the wheels), the hatchback rear glass graft looks terrible, and the strange angle of the grille gives the 2000 Concept an odd, bucktooth look.

Still, the 2000 Concept looks cool in its own way, and you have to respect Mercedes for playing a role in the government’s quest to explore the limits of automotive technology. The concept can be seen today at the Mercedes-Benz Museum in Stuttgart, Germany. 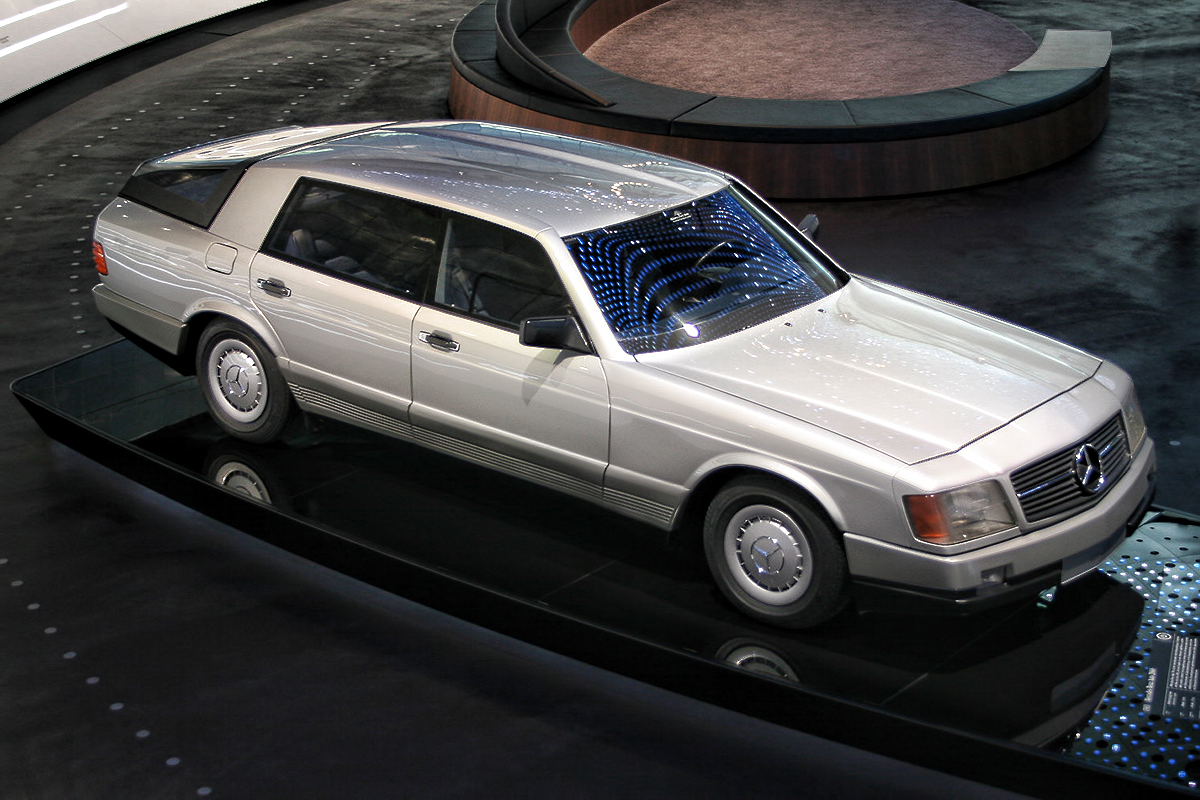