Fuel for Thought: What Matters Most to Car Buyers? 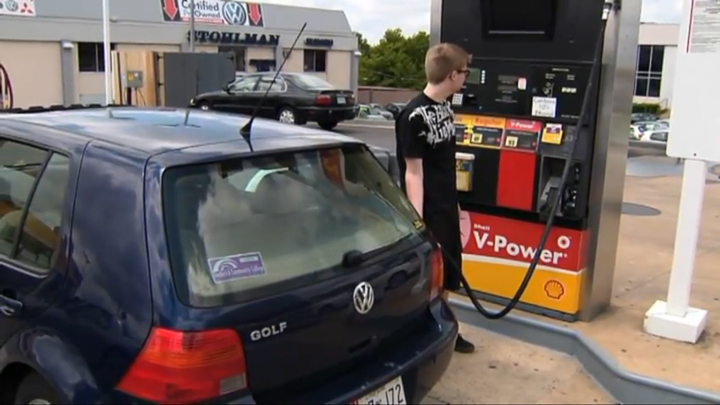 According to Ford, nearly half of American drivers say that fuel economy is their most important concern when buying a new vehicle.

When a contingent of Ford Motor Company folks blew into our toddlin’ town recently to show off the new Focus Electric and talk up their hybrids and EVs of the near future, they imparted one amazing factoid. Based on its own research, Ford says fuel economy is the thing that matters most to many car shoppers today—by a country mile.

Personally, I was about as shocked as if I’d put my tongue in the business end of the Focus Electric’s charging “gun.”

It’s no secret that the cost of a gallon of gas is on many people’s minds these days, so fuel economy is going to enter into the deliberations of any car buyer for whom money is an object. But, says Ford, “Even with relatively stable gas prices, fuel economy is the top purchase consideration for new vehicles.” According to a survey it conducted in 36 American cities last fall, nearly 45 percent of participants said fuel mileage was their chief concern when buying. Just 16 percent of respondents said styling was their primary purchase factor, and 15 percent singled out safety. A host of other interests filled out the remaining 25-or-so percent.

If those figures can be believed (as one of our party wondered aloud later, do people in surveys say what they think they should say, or what’s really in their hearts?), they just go to show how far the auto industry has moved from the certainties that ruled its behavior for decades. The same holds true for consumers.

Buick: No Longer for Old Folks

One oft-repeated piece of automotive lore is that back in the “carefree” ’50s, nobody bothered about fuel economy when gas cost a quarter a gallon. That’s probably an oversimplification; check out the letters-to-the-editor sections of various automotive magazines of the time and you’ll read a lot of carping from John Q. Public about fuel thirst. But flip through the car advertising in those same publications and the message from Detroit is New! Brilliant! Dazzling! “Styling sells” was chiseled in stone someplace at every carmaker’s HQ. Fads came and went and exterior designs were frequently completely turned over, usually every two or three years. It wasn’t until the first OPEC oil embargo that hit in October 1973 that most of the public’s attention was (temporarily) diverted to the gas gauge from the sheetmetal.

Styling novelty had come to be expected. It’s what differentiated one car from another, from one year to the next. It finally took a combination of inflating fuel prices that placed a premium on efficient, aerodynamic designs and mounting safety regulations that made it expensive to appreciably change cars to make the ritual of the annual model change obsolete. Even now nobody wants to own an “ugly” car, and the automakers haven’t disbanded their styling departments—indeed, they’ve essentially expanded them by tapping into ideas from their various studios around the world—but New! Brilliant! Dazzling! can’t carry the day if a given vehicle is programmed to look virtually the same for five years.

Almost as surprising, at least from this writer’s perspective, is the rank safety held in the Ford survey. I started my Consumer Guide days in early 1994, just a few years after Chrysler had been aggressively advertising that it had a standard air bag in everything it made. By the mid-’90s, passenger-side air bags were starting to come in and the availability of antilock brakes was proliferating. Crash-worthiness ratings began to be prominently publicized. Shoppers who read our car-buying guides wanted this kind of information, and our copy paid increasing attention to it. Now, though, it seems that consumers take for granted that their new vehicles are packed with airbags poised to deploy from any angle should the electronic stability controls and 4-wheel antilock brakes somehow fail to keep them out of harm’s way in the first place.

No longer worried that the look of our car isn’t keeping us up with the Joneses or paranoid about our survival prospects in a crash, we’re now free to focus all our concern on how far we can go between fill-ups. That would be a major change in the way we think about cars.

Style Matters: Why I Want a Dodge Dart