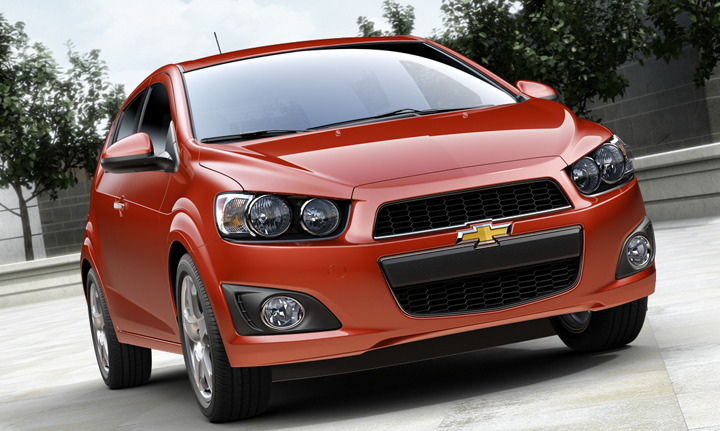 Acceleration: Motor Trend and Car and Driver report observed 0-60 mph times of 8.1-8.2 seconds with this powerteam, and that jibes with my seat-o’-the-pants impression. The 1.4 turbo-4 is decently revvy and has good low-end punch—enough to get a little front-wheel scratch even with traction control engaged. Alas, this tester (and others I’ve seen reported) suffered from somewhat mushy clutch action, with an ill-defined takeup point that makes smooth launches difficult. At least clutch effort is light enough for sustained no-sweat stop/go driving. Shift action is also light, if slightly notchy and with longish throws, but it’s more than acceptable for an econobox. Suspect that the base non-turbo 1.8 will seem pretty pedestrian by comparison.

Ride Quality: Tester came on P205/50R17-88H Hankook Optimo H428 tires, which may be all-season. No matter. I thought the tester’s suspension tuning struck a good balance between ride-biased compliance and handling-oriented firmness. There’s a little short-wheelbase chop on patchy surfaces, but it’s not irksome. Agree that solid build contributes to a “comfy ride” sensation.

Steering/handling/braking: In this form at least, Sonic does feel tossably nimble and is fairly fun to drive, but let’s face it: this is a nose-heavy front-driver and will thus understeer with merry abandon in extremis. Tester’s brakes seemed well up to the available performance, but had rather wooden pedal action and were a bit grabby at times.

Quietness: Wind rustle, especially at highway speeds, though I’m not sure it emanates just from the door mirrors; on this tester, at least, it seemed to betray less-than-optimal door and/or window seals. But as seems usual for me nowadays, it was tire noise that I noticed most, though I didn’t find it annoying except on the coarsest pavement. Engine gets a little thrashy above 4000 rpm, but is never boomy or unduly loud, and the tall overall gearing keeps it nicely subdued at 70-80 mph, which seems no strain at all. Indeed, I thought several times that this car, small and cheap as it is, would be a fine long-distance companion.

Will the Hyundai Accent Be the Last New Car to Offer 14-Inch Wheels?

Controls: Ergonomics for odo and trip computer need a rethink. The existing setup strikes me as a two-committee job.

Room/comfort (front): Visibility not a big problem on the hatch because there’s so little sheetmetal behind the C-posts. Tallish build eases entry/exit for taller folk like me.

Room/comfort (rear): Legroom is really pretty slim for anyone except pre-teens if the front seats are set for 6-footers to be comfortable. Entry/exit is difficult too, but that’s par for the subcompact course.

Cargo room: Upper dashboard glovebox is too small and oddly shaped to be very useful. And cargo space behind the rear seats is necessarily limited by the chopped-tail styling, particularly deck length, though there’s plenty of room for a month’s worth of grocery bags or perhaps a half-dozen medium-size soft duffels.

CP Says . . . Sonic is not only a sea-change from Chevrolet Aveo but a strong competitor for most any subcompact car. That includes the vaunted Ford Fiesta, which suffers from a less-refined engine, a 5-speed manual vs. Chevy’s 6-speed, and a problematic dual-clutch gearbox option vs. what I suspect will be GM’s more-satisfactory torque-converter automatic. The Fiesta might come off better against a 1.8-liter Sonic, and the Ford may have an overall edge in ride/handling, though it seems a wash to me so far without back-to-back drives. I definitely prefer the Chevy’s ergonomics to the Fiesta’s Euro-mystery tour. Otherwise, these two are so closely matched that the choice is almost a matter of taste. There’s certainly not much in it for price when equalized for features.

All this raises the question of whether we should take back the Fiesta’s Best Buy rating. Maybe next year, when the Sonic could well be promoted from Recommended to replace it. As for the class-leading Honda Fit, its main attraction as far as I can tell/remember is a roomier, more versatile interior and maybe better real-world mpg. In all, a buyer won’t go wrong with any of these three, but the turbo Sonic hatch has charmed me enough that I’d give it the nod, albeit by the slimmest of margins.