Comments
Written by Tom Appel in Classic Cars, Crossovers/SUVs, GMC, Studebaker, What was... 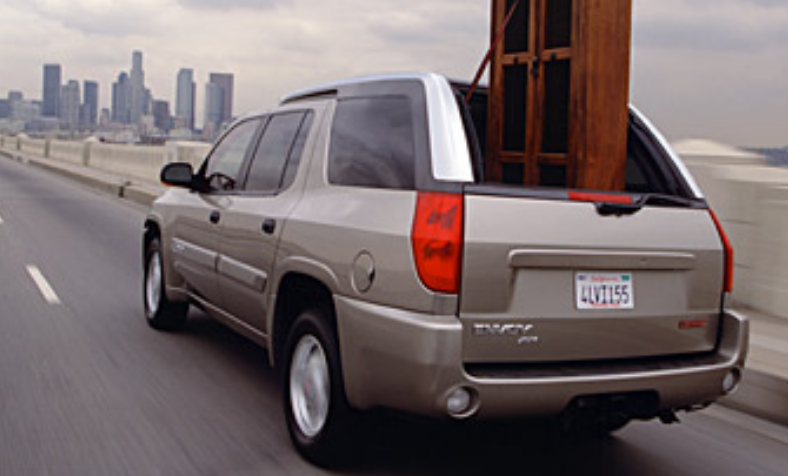 Offered for only two years, the GMC Envoy XUV afforded owners an amazing amount of cargo-hauling flexibility, along with a slightly awkward profile.

It wasn’t a dream. You didn’t imagine it either—there really was a GMC SUV equipped with a retractable roof. To the uninitiated, that might not sound too odd, except that the roof didn’t retract back from over the passengers, sunroof style; it pulled into the center of the vehicle from over the cargo hold, creating what more or less amounted to a handy pickup bed.

The vehicle was the GMC Envoy XUV.

The GMC Envoy was one of six models based on General Motors GMT360 body-on-frame architecture. All six vehicles were midsized SUVs, and all six featured the same inline-6 and V8 engines. You can read about all six GMT360 variants here.

Perhaps looking to distinguish its truck from its many siblings, GMC marketing types conceived the XUV, and carefully arranged that the model’s retractable roof treatment be exclusive to GMC.

Automotive historians will be quick to point out that the XUV’s roof bears a striking resemblance to a similar feature seen on the Studebaker Wagonaire beginning in 1963. The comparison proves apt… right down to relatively slow sales each vehicle recorded—more on that in a moment. 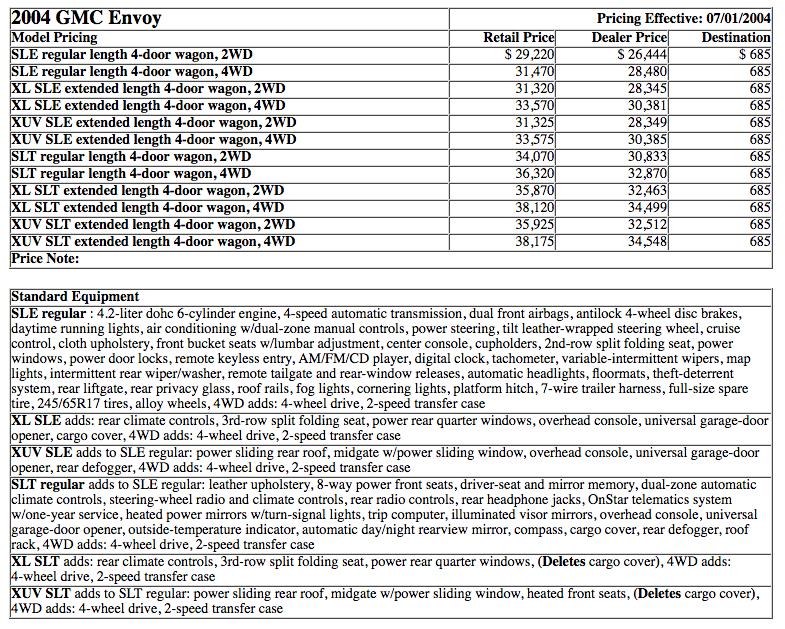 The XUV joined the Envoy model roster in 2004. Though other Envoy models were offered in short-wheelbase 2-row guise as well as long-wheelbase 3-row form, the XUV came only with the long wheelbase but without the third seating row. This arrangement allowed for maximum cargo space, as well as a longer roof in which to hide the retracting section of the top.

The XUV listed for only a little more money than the 3-row Envoys, but lost a number of features, including the aforementioned third-row seat, rear climate control, and power rear-quarter windows. 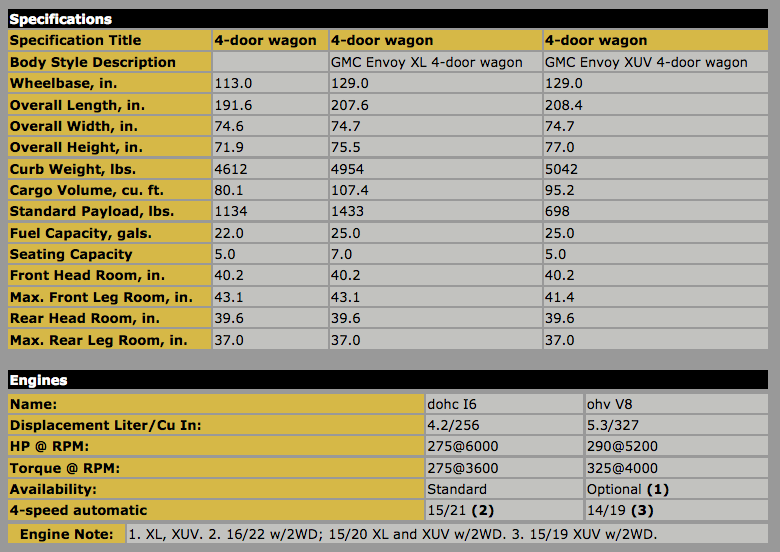 The retractable roof added about 90 pounds of curb weight to the Envoy–all of which, naturally, was located up high. The test team at Consumer Guide did not make note of this top heaviness, but the editors of several buff books did mention the handling compromise. 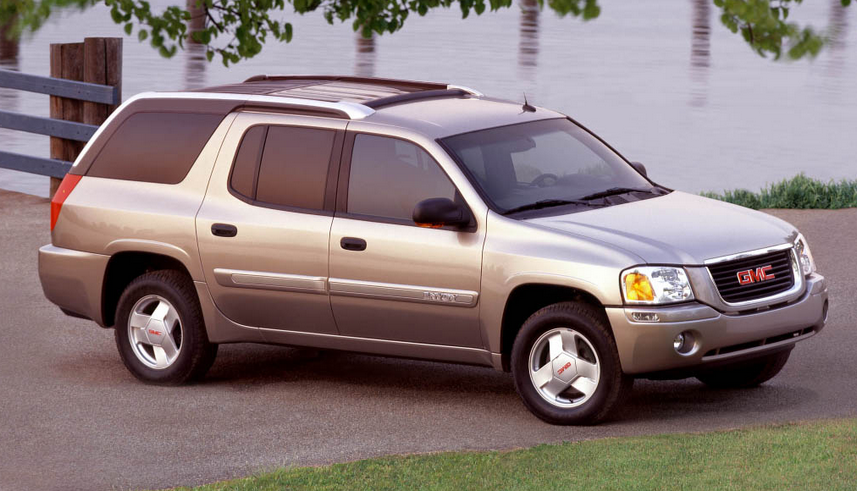 The XUV came only on the longer of Envoy’s two available wheelbases. At 77 inches high, the XUV was nearly two inches taller than other Envoy models.

The added weight—and likely the increased overall height—took a toll on fuel economy, though the impact was minor.

For whatever reason, consumers failed to see the benefits of owning an SUV with a huge open-roof cargo area, and largely passed on the opportunity to purchase one. Sales were not dismal, amounting to roughly 16,000 the first year, and just over 27,000 in total for the model’s two-year run, but those numbers were insufficient to keep GMC interested in offering the XUV.

Thanks to the increased overall height, and added roof-rail brightwork, Envoy XUVs are not difficult to spot in traffic. In the Chicago suburbs where Consumer Guide is headquartered, XUVs can be spotted with fair regularity.

For the record, the Wagonaire enjoyed a longer life than did the XUV, and in fact outlived Studebaker in the United States. While Stude sales in the U.S. were halted in 1963, Canadian production of the Wagonaire continued into 1966. And while the Wagonaire is certainly more collectible now, let’s give this little rivalry 50 years and see which of these retractable-roofed rides is racking up higher bids at the Mecum Auctions.

The Envoy XUV was surprisingly similar in concept to the Studebaker Wagonaire, first seen in 1963.