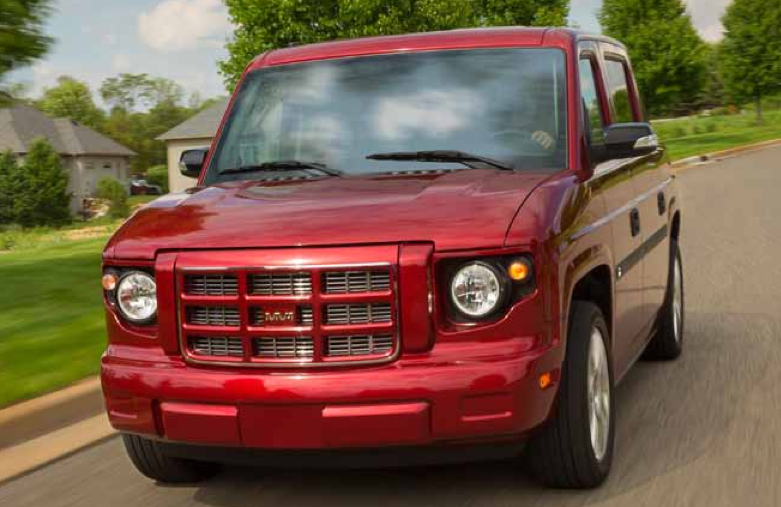 Steve Martin once famously said, “Comedy is not pretty.” Nevertheless, Martin’s album bearing that title would go on to be a smash commercial success—proof that ugliness is a relative thing. And so it goes in the world of taxicabs—well, at least one cab in particular. 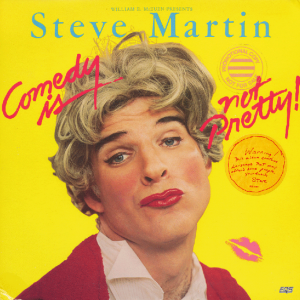 Released in 1979, Steve Martin’s “Comedy Is Not Pretty” was a huge commercial success.

That cab, the Mobility Ventures MV-1, is likely the most-asked-about vehicle of the last half-decade, and the question being asked is always a variation of “What the hell is that?”

What it is is a purpose-built, wheelchair-accessible vehicle. The MV-1 has seen duty primarily in big-city taxi fleets, but it can be also purchased by the general public. And, you’re likely to see more MV-1s in the months and years to come.

If you’re seeing this hulking rig for the first time in this article, you’re likely not aware that the MV-1 has been trickling into large urban cab fleets for about five years now. If you are aware of the MV-1, you likely consider it a blight on the landscape and a threat to vehicular design. Not that it matters much; the MV-1 was not built to look good.

Given its rather short history, the MV-1 has seen more than its share of corporate turmoil. Originally the sole product of a start-up company creatively named Vehicle Production Group (VPG), the MV-1 quickly found a small but loyal audience.

Lacking its own manufacturing infrastructure, VPG contracted AM General to build the MV-1 at its Mishawaka, Indiana assembly plant. The Mishawaka plant is best known for producing the military-spec Humvee and retail Hummer H1, and currently also builds a version of the Mercedes-Benz R-Class for export.

The reason this blocky rig is seen primarily in urban environments is because many big cities require cab fleets to maintain a certain number of wheelchair-friendly taxis. Chicago, for example, will require all cab fleets operating in the city to be at least 10 percent wheelchair capable by 2018.

Wheelchair-bound passengers enter the MV-1 via the side door, and then join the vehicle’s driver in the front seating row. Floor clamps are employed to keep the wheelchair in place while the vehicle is in motion.

The MV-1’s bumpy business ride began when the U.S. Department of Energy recalled a $50 million loan made to VPG. The loan was to underwrite VPG’s efforts to produce a compressed-natural-gas (CNG) version of the MV-1, a project that never got off the ground. 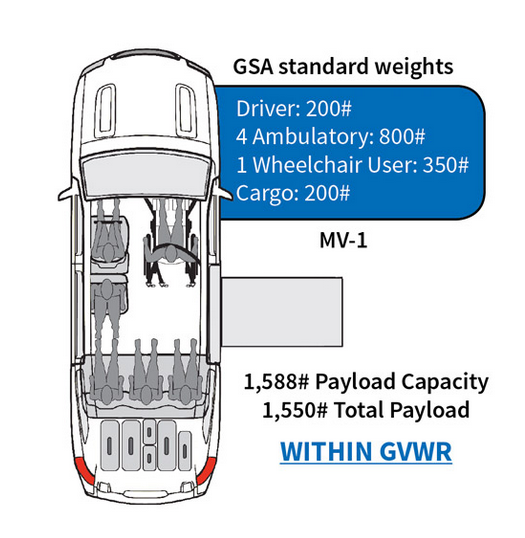 The MV-1 boasts about 400 pounds more payload capacity than the typical minivan converted for wheelchair access.

Without the federal money, VPG found itself in a cash crunch and quickly slipped into receivership. The last VPG-produced MV-1 rolled off the assembly line in May of 2013.

Knowing a good thing when they saw it, the folks at AM General settled VPG’s debt issue with the Department of Energy and took control of the company, renaming it Mobility Ventures. Production of the MV-1 restarted in March of 2014.

For 2016, Mobility Ventures offers both fleet and retail versions of the MV-1. Retail customers can choose from three trim levels. The entry-level SE ($39,800) is a fairly Spartan affair, and approximates the fleet version of the MV-1 in terms of price and content. Also available is the midlevel DX ($49,975) and topline LX ($56,995).

Luxury seekers will note that the LX can be had with such niceties as leather upholstery, real-wood interior trim accents.

While MV-1 prices may seem steep, it’s worth noting that outfitting a new minivan with a similar side ramp and front-passenger wheelchair-space arrangement typically costs $10,000-$15,000. The MV-1 also boasts easier onboard wheelchair maneuvering, more cabin space, and a greater payload capacity than the typical minivan conversion.

Per Mobility Ventures, roughly 15,000 vans are upfitted for wheelchair use annually. It is that market that the company is hoping to reach with its retail products, and those buyers probably aren’t too worried about how ugly the vehicle is. Mobility currently builds about 250 MV-1 vehicles a month.

Indeed, my informal survey of MV-1 consumer reviews suggests that owners are overwhelmingly happy with their vans. And, not a single one made mention of the vehicle’s ungainly visage. 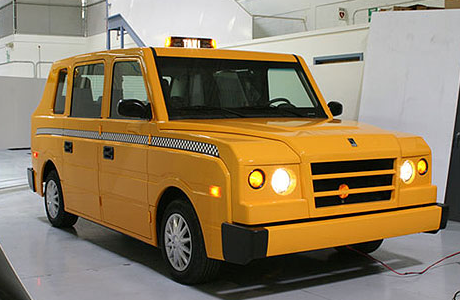 The MV-1 evolved from the Standard Taxi Concept, first seen at the 2005 International Association of Transportation Regulators annual meeting.