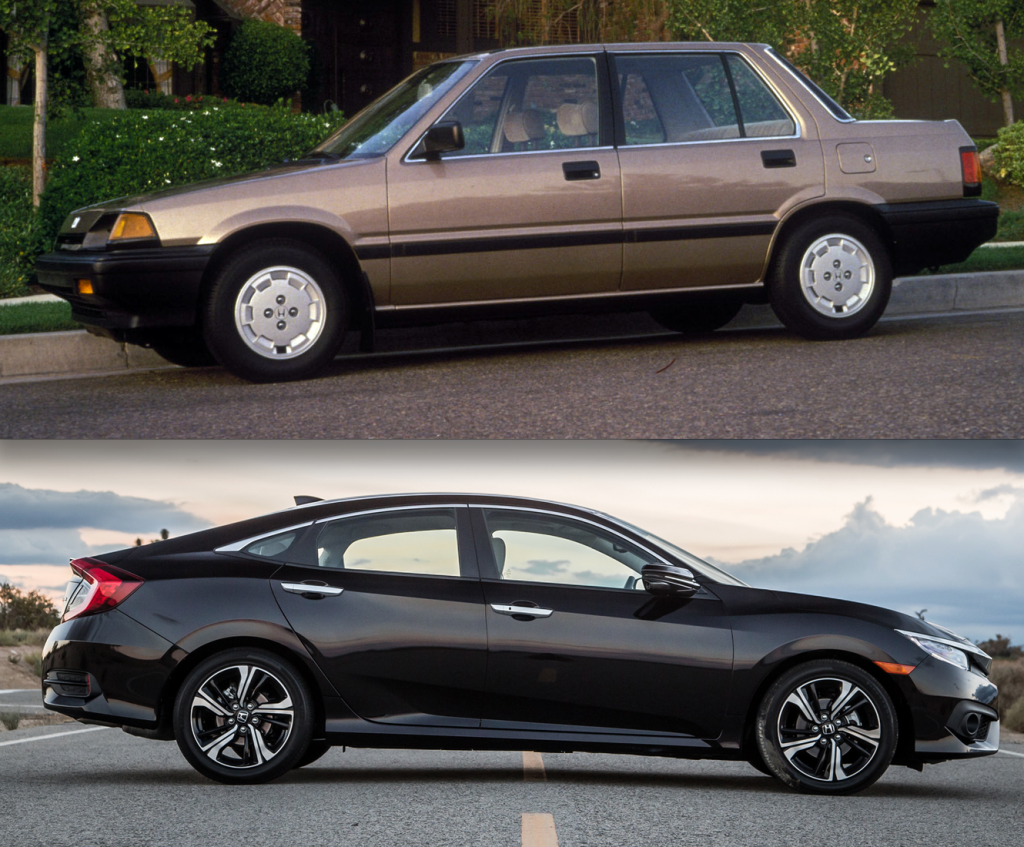 Imagine having invested $100 in a savings account back in 1986. Let’s say you opened the account, deposited the money, and subsequently forgot ever having had that money. Then, skip to the present. You find your old passbook, and decide to cash-out the account. Surprise! You now have a little under $500, assuming you were earning interest at the old-school savings-and-loan rate of 5 1/4  percent.

Now, imagine you had purchased a Honda Civic way back in 1986. Odds are you would have liked the car, as most period reviews of the then-smallest Honda were glowing. Maybe you liked your Civic so much that you went on to purchase more Civics, including the all-new 2016 edition.

Funny thing–like that savings account you forgot about, your Civic’s been secretly growing, too. Maybe not 500 percent, but more than you might expect.

Since 1986, the Civic has evolved out of the subcompact class into the compact category, and has packed on a few pounds and inches along the way. Note that the subcompact Fit is now positioned below the Civic in Honda’s lineup.

The 3-Series Has Gotten HUGE

So, how much has the Civic grown? Have a look at the chart below and see for yourself. It’s worth noting that the Civic is now comfortably larger than the Accord was in 1986, a vehicle that has also done some growing over the years.