The Veloster C3 Roll Top is basically an ordinary Veloster subcompact car with a custom red canvas roll-away roof and fold-down tailgate. The cloth roof can open either forward or backward to favor open-top motoring or cargo-carrying versatility for items such as a surfboard or a bicycle, as shown here. The roof is made of repurposed industrial truck tarps that have been stitched with custom graphics that say “The C3 Roll Top.” The cargo floor is covered in tiles that are made from repurposed skateboard decks, and the inside of the tailgate is wrapped with skateboard-style grip tape.

No word from Hyundai on a possible production green light.

Also on display at Hyundai’s LA Auto Show stand was a near-production-ready version of the brand’s 2013 Santa Fe SUV. But wait, you say, the 2013 Hyundai Santa Fe is already on sale! I call shenanigans! Hold your horsepower—that vehicle is the 5-passenger Santa Fe Sport. This is just the Santa Fe, the larger, 3-row companion model that can accommodate either 6 or 7 passengers. Six-seat versions have 2nd-row captains’ chairs while 7-seat models use your typical bench seat.

Instead of a 4-cylinder engine, the non-Sport Santa Fe uses a 290-horsepower 3.3-liter V6 that pairs with a 6-speed automatic transmission. Available amenities include a power liftgate, a navigation system, Hyundai’s Blue Link infotainment system, heated rear seats, a heated steering wheel, and a panoramic sunroof.

Production of the 2013 Hyundai Santa Fe starts in December, so look for it in dealerships around February 2013.

CG Says: The Veloster is already a very versatile vehicle. The addition of a cloth top, a la the Fiat 500 Cabriolet, is an interesting take on the car’s form. While it enables greater flexibility as a cargo-carrying utility vehicle and a cloth-top convertible all in one, we think this concept is purely a show piece, and is unlikely to see production.

The 2013 Santa Fe becomes the latest entry in the increasingly crowded 3-row midsize crossover segment. Competition will be tough, as several other entries are either new or significantly freshened this year. Watch this space for our initial impressions. 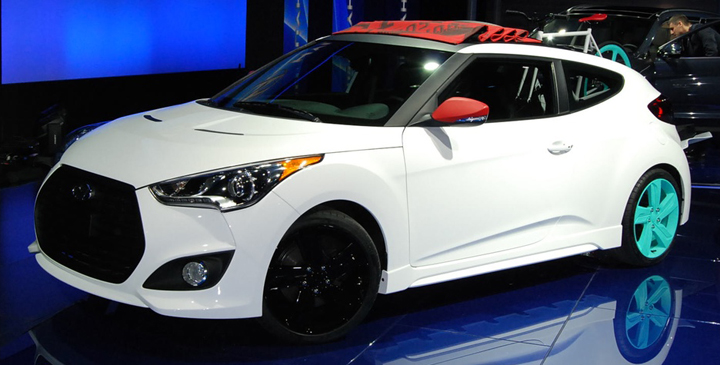 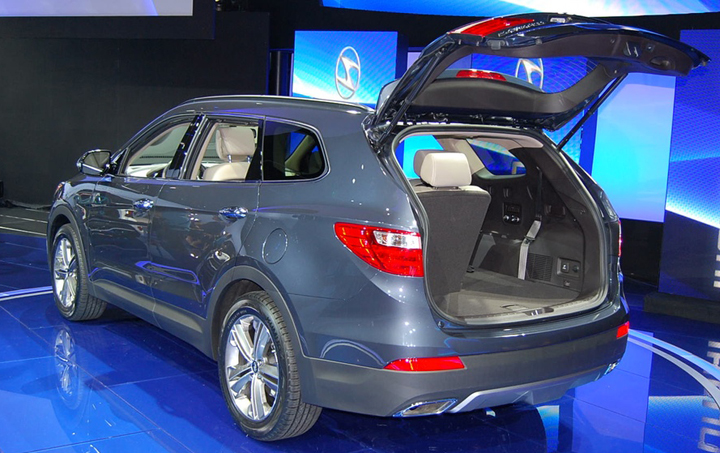