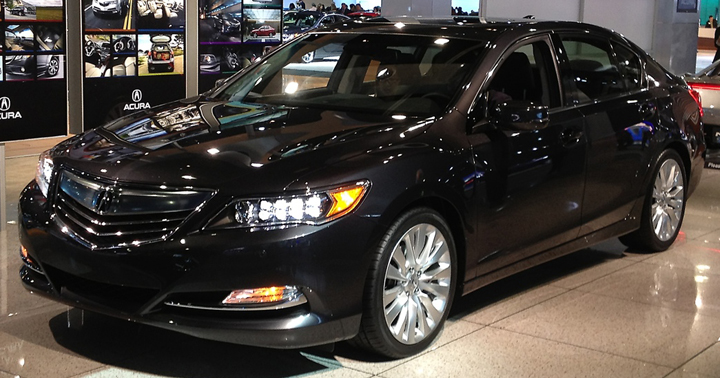 If you’re experiencing déjà vu right now, we don’t blame you. What you’re seeing here is a near production-ready version of the 2014 Acura RLX, which premiered in concept form mere months ago at the 2012 New York Auto Show.

RLX will replace the slow-selling RL as Acura’s flagship sedan. Though designed to have a spacious interior, RLX’s exterior dimensions aren’t much larger than those of the brand’s volume TL midsize sedan.

Two drivetrains will be available. One will have front-wheel drive and a 310-horsepower 3.5-liter V6 paired to a 6-speed automatic transmission. Acura is projecting this setup to achieve 20 mpg city/31 mpg highway. Front-drive RLX models will use Acura’s new Precision All-Wheel Steer, which automatically and independently adjusts the left and right rear-wheel steering angles to improve handling response. 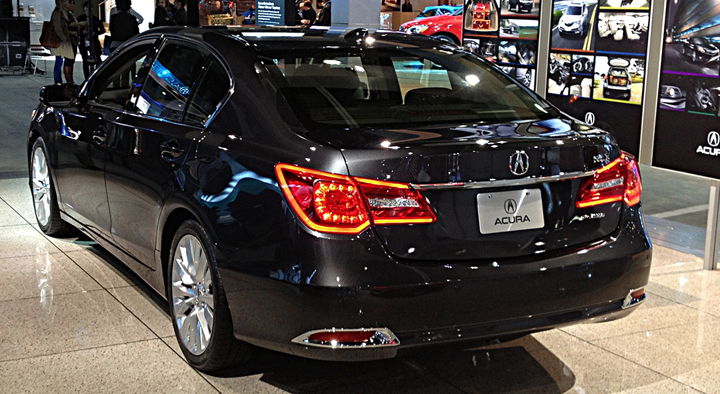 The other will have Acura’s new Sport Hybrid SH-AWD (Super Handling All-Wheel Drive). This system uses a series of electric motors to provide power to the wheels and a boost to the 3.5-liter V6. Combined output is estimated at 370 horsepower. Acura’s fuel economy target is 30 mpg city/30 mpg highway. We’ll see about that.

Among the available features Acura plans to offer are the latest generation of the brand’s AcuraLink infotainment system, lane-departure warning, adaptive cruise control, a multi-angle rearview camera, and a capless fuel filler.

Front-drive versions of the 2014 Acura RLX will go on sale in spring 2013, with the AWD models following a few months later. Pricing will be announced shortly before the cars reach dealers.

CG Says: When the RL went away last year, it left Acura without a flagship. However, you could argue that the RL was such a slow seller, they didn’t have one in the first place. The RLX looks like it will have the chops to be a serious player, especially since it will probably undercut other premium-midsize cars on price, such as the Audi A6, BMW 5-Series, and Mercedes-Benz E-Class.