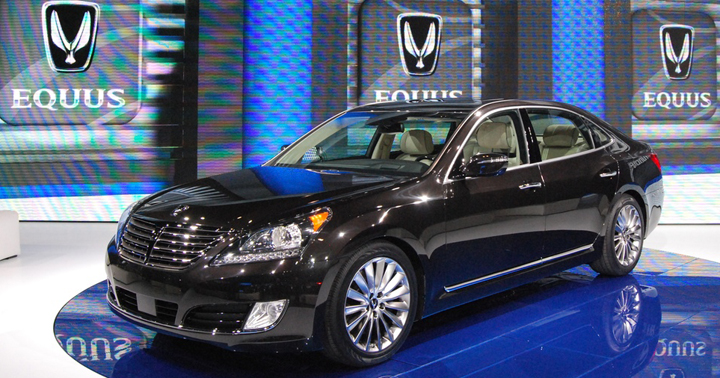 Manhattan is a high-class place to be, and Hyundai is using it to show off its redesigned 2014 Equus premium sedan. The brand’s flagship vehicle boasts revised styling, retuned suspension, and additional safety, comfort, and convenience features.

Equus’ basic platform does not change. It’s Hyundai’s rear-wheel-drive architecture, which first bowed in the Genesis sedan and later in the Genesis Coupe. For 2014, though, the Equus gets new suspension tuning designed to offer sharper handling and a more compliant ride.

The car reprises base Signature and top-line Ultimate trim levels. Now, all models will have standard 5-passenger seating; previously, the Ultimate could seat only 4. The revamped interior also has a new instrument panel with either a 7- or 12.3-inch display, depending on model. The Ultimate’s rear entertainment system now sports two screens rather than one.

Hyundai is expanding its Blue Link telematics service to include the “Assurance Connected Care Package,” which includes automatic collision notification, enhanced roadside assistance, vehicle diagnostics and maintenance alerts, a recall advisor, and service link. This package is included at no charge for the first three years of ownership. All Equus models also receive complimentary scheduled maintenance for the duration of the standard 5-year/60,000-mile bumper-to-bumper warranty.

The 2014 Hyundai Equus goes on sale later this year.

CG Says: Equus remains something of a curiosity in the market. It has the goods to run with the big boys of premium-large cars (e.g., Audi A8, BMW 7-Series, Lexus LS, Mercedes-Benz S-Class) while severely undercutting them on price. The sales and ownership experience is certainly appealing, too, with complimentary scheduled maintenance that goes above any beyond even BMW’s excellent program. The two biggest barriers for the car have been its driving dynamics and the fact that you’re paying $60,000-plus for a Hyundai. Hopefully, the suspension updates have addressed the former, but we’re not sure any amount of pampering will ever allow the brand to overcome the latter. Time will tell, we suppose.