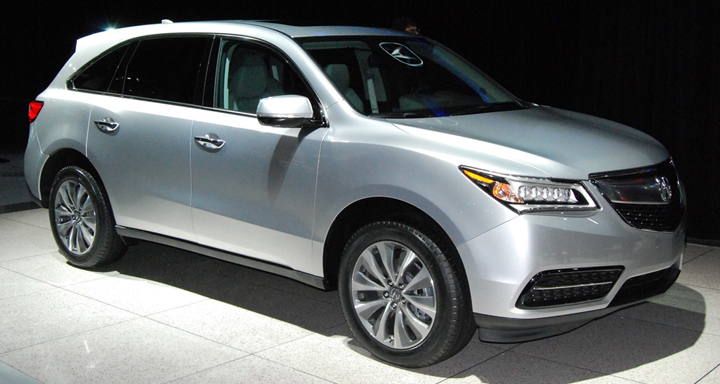 Hot on the heels of its “Prototype” unveiling at the 2013 Detroit Auto Show, Honda’s luxury brand debuted the production version of its flagship SUV at the 2013 New York Auto Show.

This is par for the course for Honda/Acura. Vehicles shown at auto shows that carry the “Prototype” or “Concept” tag are not terribly different from what the final product will be. The 2014 Acura MDX is no exception. Though this is an all-new vehicle, its styling cues look more evolutionary in nature. Since the MDX is, by far, Acura’s best-selling vehicle, we can understand the take-no-chances approach to the design.

As with the Detroit concept, the production MDX will have a longer wheelbase but shorter overall length than its predecessor. This means more room for 2nd- and 3rd-row occupants.

MDX will share some of its drivetrain components with the 2014 Acura RLX sedan. Power will come from a 290-horsepower 3.5-liter V6 engine mated to a 6-speed automatic transmission. The engine employs high-pressure gasoline direct injection and cylinder deactivation as fuel-saving measures. Buyers will have a choice between front- and all-wheel-drive configurations. The former is an MDX first. EPA-estimated fuel economy for the front-drive model is 20 mpg city/28 mpg highway; AWD versions score 18/27. Credit not just the engine’s high-pressure gasoline direct injection but also a total weight reduction of 275 pounds for the improved fuel-economy numbers.

Production of the 2014 Acura MDX will move to the U.S. from its current home in Canada. Pricing will be announced immediately before the vehicle goes on sale this summer.

CG Says: The 2014 MDX follows the tried and true formula of “If it ain’t broke, don’t fix it.” Though seemingly evolutionary, the new drivetrain, improved passenger room, and added connectivity features all look like they will provide noticeable benefits to an already solid package. Availability of a front-drive-only model should improve MDX’s sales prospects in Sun Belt states, too. Check back with us at the end of May when we will have put this luxury crossover through its paces. 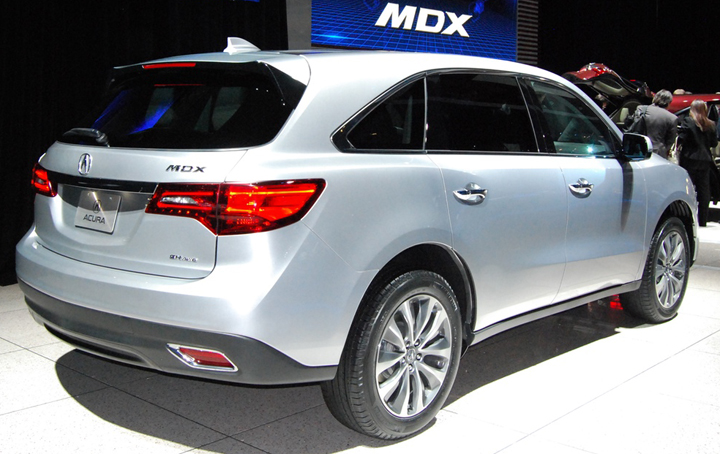