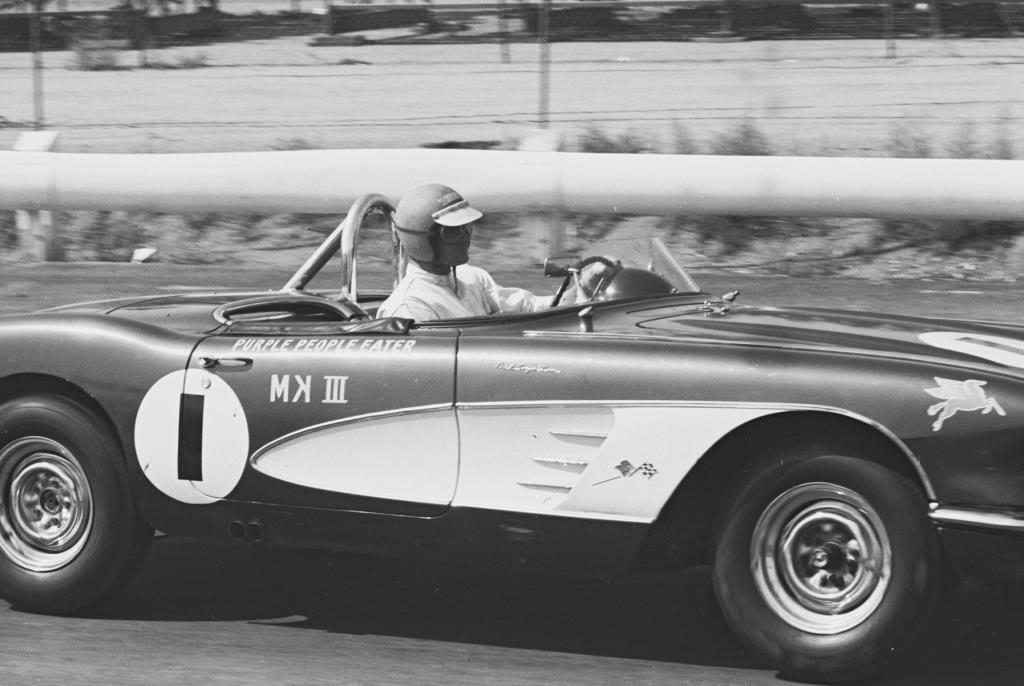 Jim Jeffords, who won national sports car championships in 1958 and 1959 while at the wheel of the famous “Purple People Eater” Chevrolet Corvettes, has died.

Mr. Jeffords died on March 6, but his death was publicly announced on March 25 in a statement from the Road America race track in Elkhart Lake, Wisconsin. In addition to having competed in Road America’s inaugural event in September 1955, he served on the track’s board of directors since 1958.

In the statement, Road America President and General Manager George Bruggenthies said, “Jim will be best remembered for how his passion for racing carried over into many successful years behind the wheel and many more beyond that serving the fans, volunteers, shareholders, and employees here at Road America.”

Mr. Jeffords began his sports car racing career in late 1954, driving a Jaguar XK120. He got his first ride in a racing Corvette in 1956, and in 1958 he was invited to help form the race team being set up by the Nickey Chevrolet dealership in Chicago. He piloted the distinctive purple-and-white Corvettes to Sports Car Club of America (SCCA) “B” Production-class national championships in 1958 and ’59. During that stretch, he won 29 of the 42 races that he entered. In 1959, Mr. Jeffords also claimed the SCCA “B” Modified crown in the Corvette-powered “Nickey Nouse” Reventlow Scarab.

In February 1960, Mr. Jeffords drove the Camoradi Corvette to a first-place finish in the Grand Premio de la Habana during the only international sports car meet held in Cuba during the Fidel Castro era. As a result of his many successes in Chevy’s sports car, he was inducted into the Corvette Hall of Fame in 2002.

Mr. Jeffords’s last season as an active sports car racer was 1960. He competed at the 24 Hours of Le Mans in a streamlined Maserati “Birdcage” Tipo 61 that he later used to win the United States Auto Club-sanctioned Road America Grand Prix in a field that included racing greats Carroll Shelby and Jim Hall.

He remained active in motorsports in other ways. When American Motors Corporation entered the 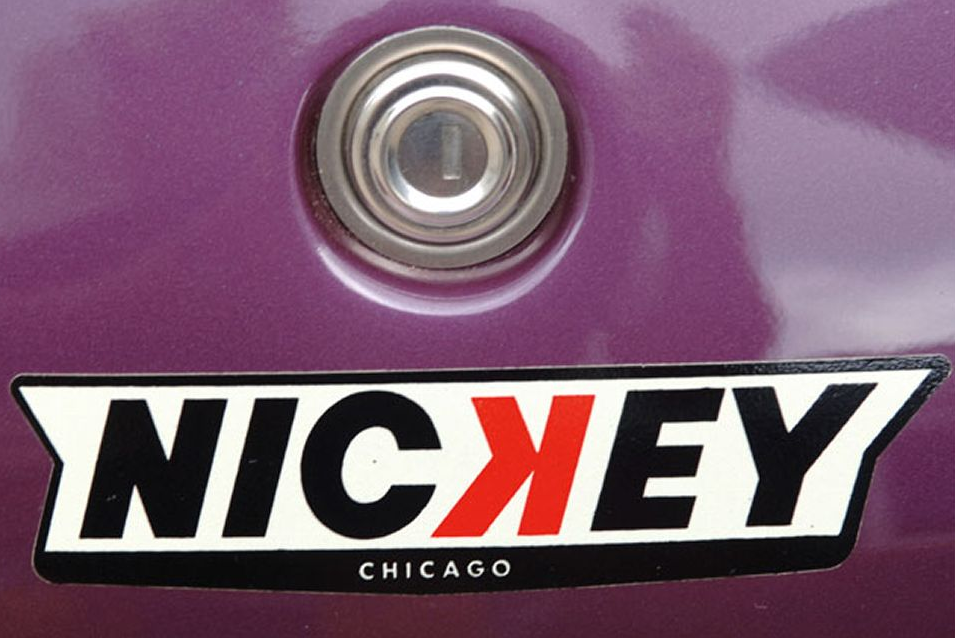 The Purple People Eater was sponsor buy Chicago dealer Nickey Chevrolet, famous for the backwards “K” in its logo.

SCCA Trans-Am series with its new Javelin “ponycar” in 1968, Mr. Jeffords served as manager of the factory team that year.

No age or cause of death were cited in news reports of Mr. Jeffords’s passing.