Keeping it Classy: The Return of “Dodge Material” 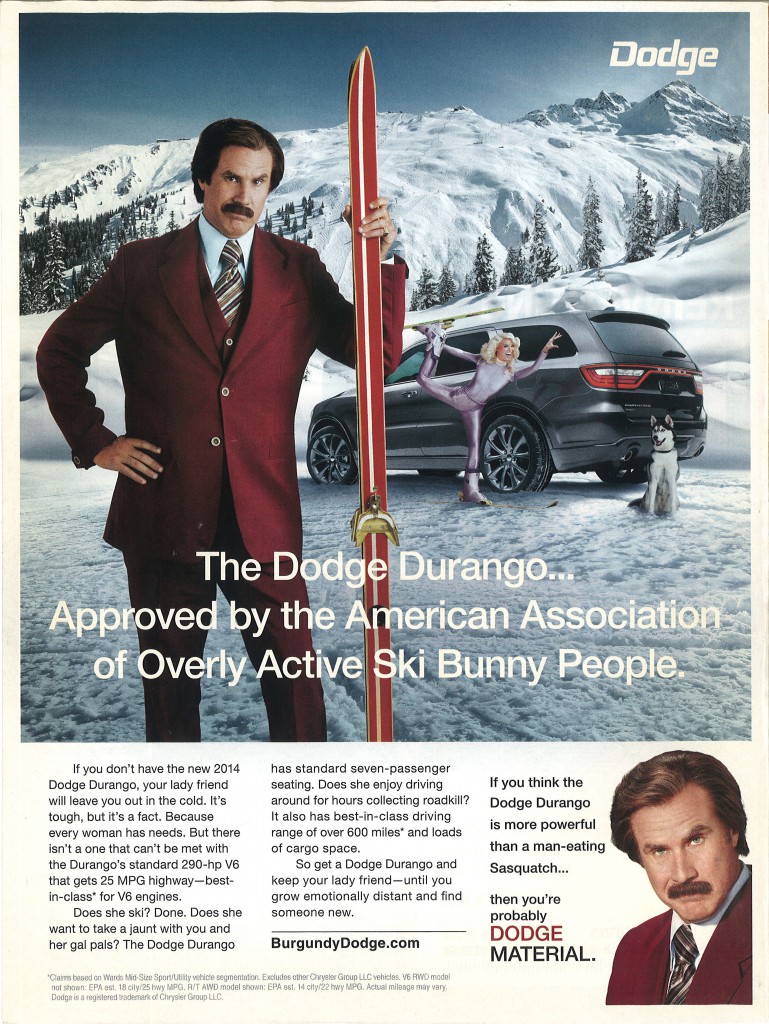 Television viewers have recently been exposed to the sight of comedian Will Ferrell in character as Ron Burgundy, spokesanchorman for the 2014 Dodge Durango. (Meanwhile, web surfers have been exposed to the site of BurgundyDodge.com.) In the great(?) tradition of cross-promotional marketing, Dodge taps an attention-getting celebrity pitchman to help sell its SUV while Ferrell-as-Burgundy uses the vehicle ads as an unconventional platform to build audience for the December release of Anchorman 2: The Legend Continues, the sequel to the first Ron Burgundy film comedy.

Leaving no stone unturned, there are also print ads in the Durango campaign that channel the Burgundy mythology by going back in time for the automaker. Remember the phrase “Dodge Material?” Crammed in between “Dodge Fever” and “Depend on it,” the division used Dodge Material as the tag line for its ads in 1970 and ’71. Now it’s been revived as the perfect match for Ferrell’s cinematic alter ego, the titular “hero” of 2004’s Anchorman: The Legend of Ron Burgundy, a self-centered alpha-dog ’70s San Diego television news anchor. 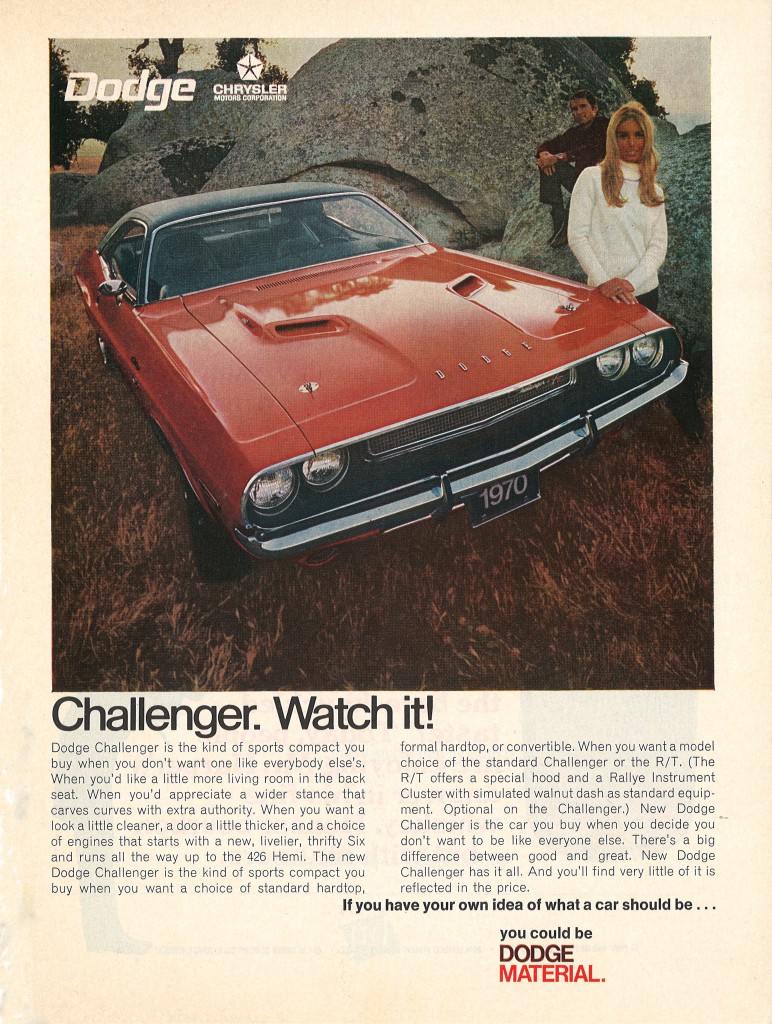 The “Are you Dodge Material” question has been asked before–almost 45 years ago.

As seen here, the intentionally silly Durango ad from the November 15 issue of Entertainment Weekly most directly riffs on 1970 Dodge ads, represented by a pitch for the inaugural Challenger. In both cases, the ad copy ends in a boldfaced supposition about the reader’s personal attitude towards cars, then concludes that he or she might be “Dodge Material.” The phrase appears in capital letters in the same sans-serif type font, and with each word in a different color. (In ’71, the windup to many Dodge ads was a variation on the statement “You can’t afford not to be DODGE MATERIAL.”)

An additional throwback touch in the Durango ad is the Dodge logo in the upper-right corner. It features the unfinished-letter design that the division used for almost 30 years beginning with the 1964 model year.