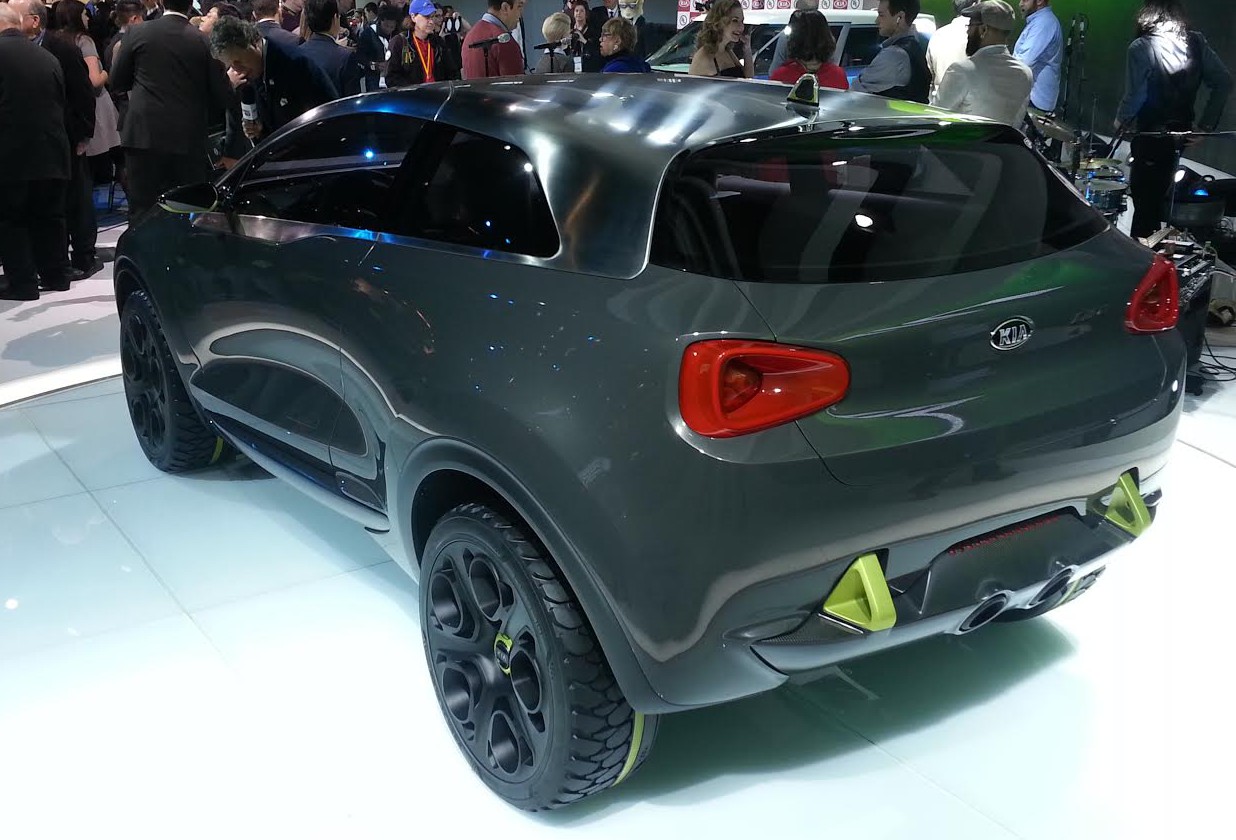 Kia calls the Niro Concept an Urban Hybrid Vehicle, but the raised ride height and off-road tires suggest a readiness to hit the trail.

CHICAGO — In addition to the 2015 Soul EV and the 2014 Optima Hybrid, Kia displayed the Niro Concept–an “Urban Hybrid Vehicle” first shown at the Frankfurt Motor Show last September– at the 2014 Chicago Auto Show. The Niro is a subcompact-sized hatchback with a muscled-up, SUV-flavored look courtesy of beefy 20-inch tires and a slightly elevated ride height. Kia says that the aggressive design is meant to invoke the look of a Paris-Dakar rally vehicle. Under the hood is a 1.6-liter, 160-horsepower 4-cylinder and a 7-speed dual-clutch transmission that sends power to the front wheels. This powertrain is supplemented by an electric hybrid system that delivers up to 45 horsepower to the rear wheels, giving the Niro all-wheel-drive capabilities when the need arises.

The Niro is just a concept at this point–it’s chock full of outlandish, unlikely-to-see-production features such as radical butterfly-hinged doors and a brushed-stainless-steel roof–but Kia officials hinted that a production vehicle based on the Niro Concept is a possibility in the future. 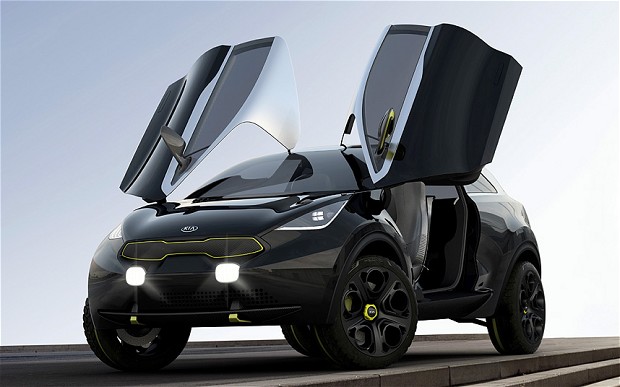 Don’t expect a production version of Niro to include the concept’s butterfly doors.

CG Says: The Kia Niro Concept strikes us as an intriguing urban runabout that should appeal to the same type of expressive shoppers that dig Nissan’s radically styled Juke. Like the Juke, the Niro’s SUV-esque design cues–especially the elevated ride height and all-wheel drive–provide some functional benefits. The Niro’s hybrid powertrain would be an intriguing exclusive feature too, if this concept does in fact find its way to production. We’d say Kia’s on to a good idea here.