Kia Trail’ster Concept: A Soul for All Seasons 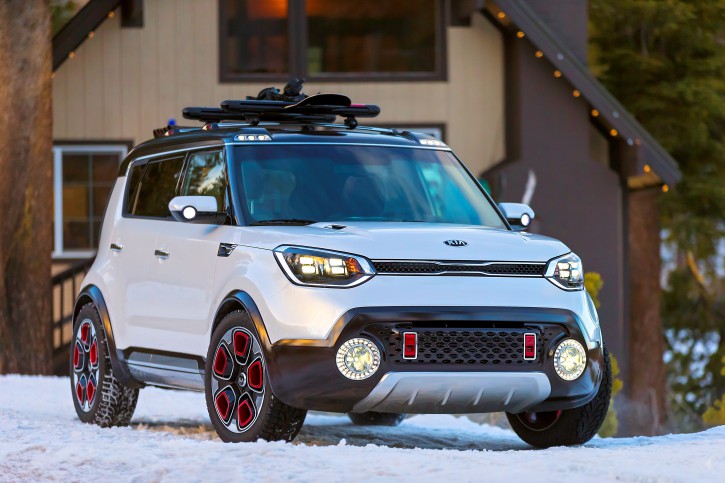 Kia unveiled an off-road-flavored compact utility vehicle at the 2015 Chicago Auto Show. Based on the Kia Soul production vehicle, the Trail’ster Concept reimagines the urban-cruiser Soul as a rugged little off-road runabout.

Under the hood is a turbocharged 1.6-liter 4-cylinder putting out 185 horsepower. As on the production Soul, the gas engine powers the front wheels, but the Trail’ster’s rear axle is outfitted with an electric all-wheel-drive system. This setup is designed for low-speed assist, enhanced launch acceleration, and improved traction in off-road situations or bad weather. The electric propulsion system puts out 35 horsepower and 110 pound-feet of torque, bringing the Trail’ster’s total rating to 220 hp and 285 pound-feet. 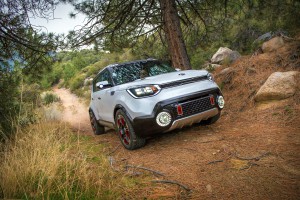 Though there is no mechanical connection between the gas engine and the electric motor (the Trail’ster is a “through-the-road” hybrid), the electric motor can assist the gas engine when front-wheel slippage is detected, and can power the vehicle by itself in light throttle conditions for a range of two to three miles of normal driving. The system also acts as a generator to recharge the battery during braking and coasting.

The Trail’ster Concept is essentially a Kia Soul wearing a Patagonia or The North Face ski suit, and it pulls off the look very well. The electric all-wheel drive system is an intriguing innovation that should offer all-weather, rough-terrain capabilities without the fuel-economy penalty that typically goes along with all-wheel drive. The production Kia Soul is one of our favorite urban trucksters, and the Trail’ster suggests that it would make a great light off-road/all-weather machine. We’re hoping that a showroom version of the Trail’ster is in the cards for the near future.