The ascent was steep and twisting. At either side was stark evidence of others’ tragic failures along the same path. But there—finally!—at the end stood the prize.

An expedition to the top of Everest? A record-setting run up Pikes Peak? No, and no. However, it was something just as challenging to the city motorist: advancing smartly up the narrow, dizzying corkscrew ramp of a downtown garage, followed by the search for a space without having to drive high enough to be able to see the curvature of the Earth from the parking structure. Guess what, urban thrill-seekers. You can accomplish this double feat in Chevrolet’s new subcompact Spark. If I were feeling particularly snarky today, I’d say it’s the one thing the Spark does well. Instead I’ll say it may be the thing that it does best. 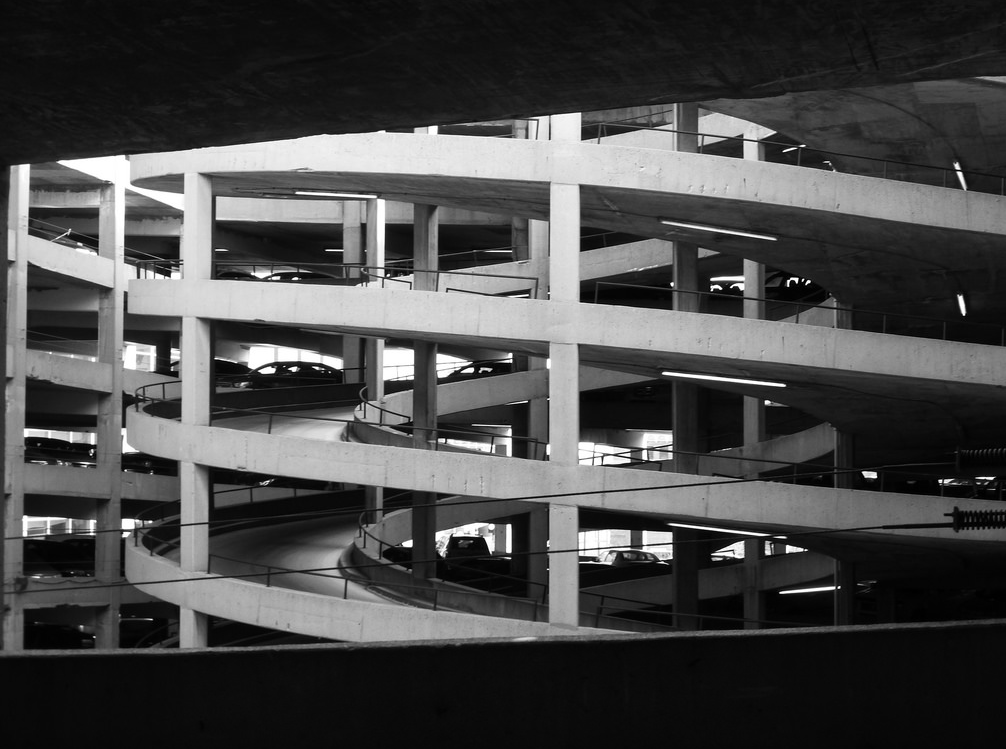 Playing the roles of empty-nester culture vultures, my wife and I attended the “thea-tuh” in Chicago’s Loop last weekend when I had a Spark to test. The parking garage we picked was in the middle of a block, meaning the only way to go was up—and in a hurry. It was one of those places in which it feels like you’re gaining 10 feet of elevation in 50, all the while making a continuous tight left-hand turn. The walls were scarred with long black marks and, here and there, patches of gray paint chipped away—mute testimony to the futile struggles of other parkers to “keep it off the wall.” (Given the age of the place, I was moved to remember with reverence the owners of 1975 Buick Electras and Mercury Grand Marquis who must have braved this same stretch of concrete with unbending faith in their abilities and a high damage deductible.) But with the Spark’s 93.5-inch wheelbase and narrow stance—at 62.9 inches across, the car is just 3 percent wider than it is tall—there was all kinds of room in which to operate.

Then came the payoff. When the winding ramp finally played out, it was time to select a parking space. Working up from the first level to the second, a space presented itself immediately to the right, the first space in the row, tucked right inside the ramp corner. Had I been wheeling anything much bigger, it would have been harder to get far enough over to the left to be able to line up a turn into this space and the quest would have continued for another berth. (On a busy weekday, that could have been a lengthy search.) But the Spark was dialed right in to the opening. At 144.7 inches long, it left nothing hanging out near the traffic lane, a nice bonus considering the parking space was a little shorter than most of the others—a building pillar was taking up space at the front. When we were leaving, a guy in a Toyota Avalon wanted to take the spot. Watching in the rearview mirror, I didn’t like his chances.

Certainly, the Chevy Spark isn’t the only car that will fit into tight, small areas. A Scion iQ, a Smart ForTwo, or a Fiat 500, to name a few, could have taken the parking space that I picked just as easily. Of them, though, the Spark offers more room with middle-of-the-pack power 84 horsepower, has the lowest starting base price at $12,245, and is the only one with 4-door convenience. As an affordable, useful city runabout, it takes a fold-down back seat to no car. Here’s one more plus: Out on the congested mean streets of the city, you probably won’t ever get going fast enough to have to put up with the din that the engine raises when pushed hard.