Long-Term Let Down: One Year With A 1986 Renault Encore GS

Consumer Guide Automotive has enjoyed the service of countless long-term test vehicles over the past few decades. As a matter of policy, those vehicles generally remained in our test fleet for a period of six to 12 months, and represented models that we felt were of special interest to our readers.

Another policy generally adhered to, was to obtain only long-term examples of vehicles that we were already impressed by, thus avoiding a long slog with a car or truck we wouldn’t be comfortable recommending.

Unfortunately, in the interest of expediency, we have periodically request long-term vehicles in advance of their on-sale date, and been, shall we say, disappointed.

One such vehicle was the 2007 Dodge Caliber. Boldly designed and aggressively priced, the Caliber promised to be a force on the compact-car segment. Sadly, it’s cheap interior and buzzy drivetrain rendered the car an unlikable disaster, and one we spent 12 months griping about.

We go all the way back to 1986 for the example we share here. Encouraged by the availability of a sport suspension and new, more powerful engine, we were sure this French-designed and AMC-retailed compact would be a serious threat to the likes of the Honda Civic and Volkswagen Rabbit. Turns out we were wrong, very wrong.

Please enjoy this 12-month recap of our experience with the 1986 Renault Encore GS. This report appeared in Consumer Guide: Auto Test 1986. 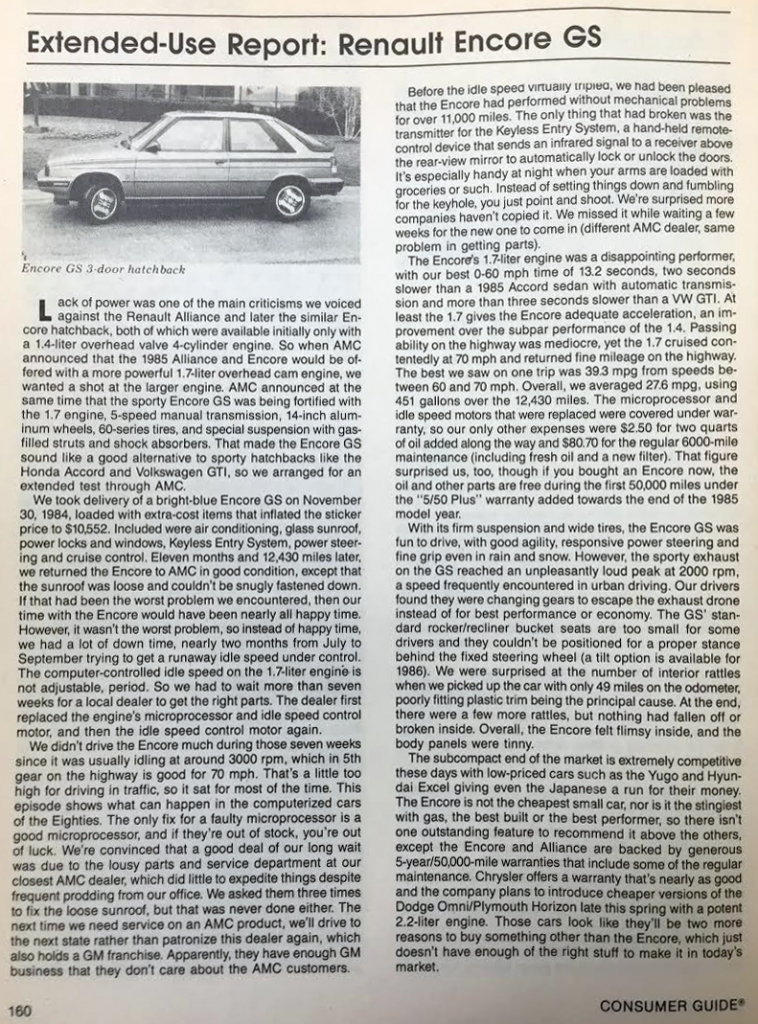