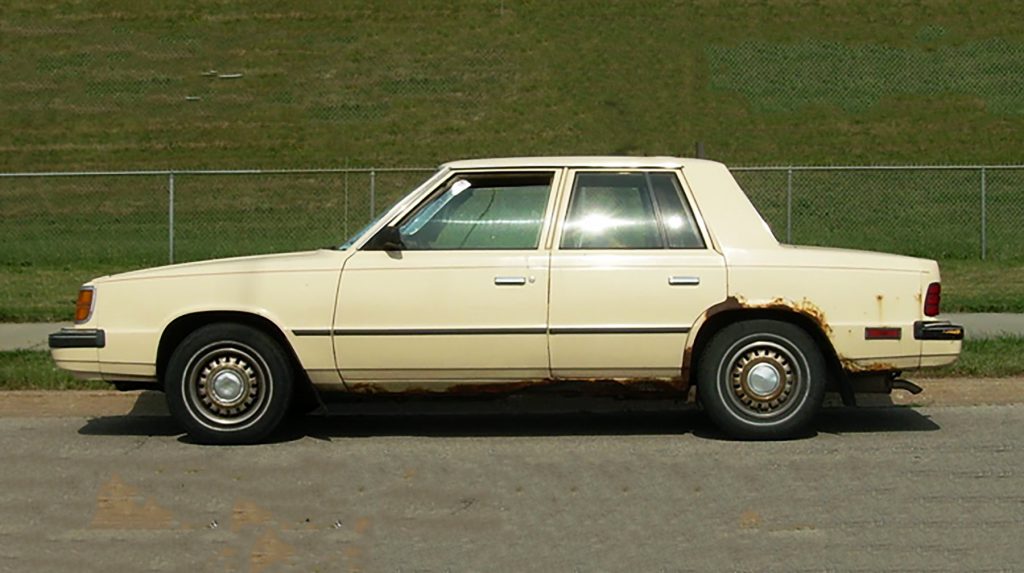 On August 6, 1980, the first Chrysler “K-car” rolled off the assembly line. This was an occasion to be lauded with the likes of other August 6 milestones, including John Cabot’s return to Europe from North America (1497), the election of Pope Urban VIII (1623), the U.S. Congress passing the Confiscation Act (1854), and France performing a nuclear test at Murora Island (1970).

My Name is Don, And I’m a Recovering Renault Fuego Owner

Actually, the K-car was a bit more important than that, considering how it helped save the ailing Chrysler from bankruptcy (that sound you just heard is history repeating itself).

It took a few years, but the Piotrowski household eventually acquired a K-car of its own: a 1986 Dodge Aries. The light-blue SE was a company car used by my father that we purchased outright. It featured the standard 2.2-liter 4-cylinder engine (with single-point fuel injection and a lofty 97 horsepower), 3-speed automatic transmission, “Popular Equipment Discount Package” (power steering, tinted glass, left remote mirror, pinstripes, whitewall tires), air conditioning, AM/FM stereo, and rear window defogger. According to Consumer Guide pricing, the car’s original MSRP would have been $10,423, including destination. That translates to nearly $22,000 in today’s money (and you thought small cars were expensive now).

Our family’s particular example proved to be more reliable than you would expect, requiring mostly routine maintenance over the 12 years and 95,000 miles we owned it. The only remarkable failures were an air conditioning compressor and a blown head gasket. Electrolytic corrosion was an issue, but you had to expect it given the era in which it was made.

It was a perfect little car for a high school geek to take back and forth to classes, academic bowl matches, and golf tournaments. No matter the time of year, whether it was 100 above or 20 below, the Aries would start each and every single time at the first turn of the key.