Most folks with even a passing interest in things automotive are aware of Acura, Infiniti, and Lexus. Premium Japanese-brand vehicles are now a part of the American automotive landscape, and we can credit them, especially Lexus, for bringing some sanity to import luxury-car prices, as the Germans were going a little nutty with the window stickers by the end of the Eighties.

Looking all the way back to the genesis of the Japanese luxury car, a few models stand out as having been well-regarded—and well sold. Think Acura Integra and Lexus LS 400 and you get the idea. But there are a few premium Japanese rides that didn’t get quite the love they deserved. I would like to pay homage to them here.

Of Rice Burners and Jap Crap: An Open Letter to Idiots

1989-1992 Toyota Cressida
While Toyota was busy foisting front-wheel-drive cars on the American public, it continued to build rear-drive models for the more discriminating shopper. Among those vehicles was the last generation of Cressida—a vehicle with decidedly BMW-like specs. Sporting rear drive, a slick inline 6-cylinder engine, and what Consumer Guide referred to as “lots of luxury,” the Cressida was very much a premium car disguised as a common family sedan. Credit the car’s somewhat dowdy styling for its relative anonymity (and current scarcity). Sadly, with Lexus in full bloom, Toyota chose to stop selling a higher-end model through its mainstream marketing channel. It discontinued the Cressida after 1992.

1990-1996 Infiniti Q45t
In the early Nineties, the Q45 was very much the “other” large Japanese sedan. Sadly, while the Lexus LS 400 was winning hearts, sales, and media kudos, the Q45 was only winning hearts, but not all that many of them. By far the cooler of the original Japanese luxury sedans, the Q45 boasted more power than the Lexus and more adventurous styling. The car to have is the sportier 1990-1993 Q45t, which boasted unique wheels, hydraulic sports suspension, and “Super HICAS” (High Capacity Actively Controlled Steering). Though the Q45t was available for the entire run of first-generation Q45, I prefer the 1990-1993 models with the cooler grille-less front end.

1993-1995 Acura Legend Coupe
Though this generation Legend actually debuted for 1991, the really good news didn’t come until 1993. It was then that the coupes—and only the coupes—picked up 30 horsepower and a then-radical 6-speed manual transmission. Sporting 230 horsepower, the Legend Coupe was decidedly quick for the day, and, with a classy cabin and clean, understated muscular styling, was something of a sleeper. The 230 engine became available in GS versions of the sedan for 1994, but the 4-doors didn’t look nearly as sweet as the coupe.

1993-1997 Infiniti J30
Probably best known for commercials featuring Brubeck music and one-time Bond villain Jonathan Pryce, the J30 always seemed more a victim of its bold styling than a beneficiary of it. That’s a shame, as I wouldn’t mind seeing more of these still on the road. Under the hood, the J30 boasted a 210-horsepower V6 borrowed from the Nissan 300ZX. Inside, the car occupants enjoyed a cabin described by Consumer Guide as “richly appointed” with ergonomics noted to be “first rate.”

2002-2005 Lexus IS 300 SportCross
How can anyone pass on the charm of an inline 6-cylinder engine and decidedly rakish wagon styling? Sadly, almost everyone passed on the charm, though I sense a growing groundswell of aftermarket love for this once neglected Lexus. Sure, 215 horsepower sounds a little quaint by current standards, but our testers here at Consumer Guide eked out a 7.3-second 0-60 mph run, nonetheless. Sadly, the SportCross came only with an automatic transmission, dampening its appeal somewhat. 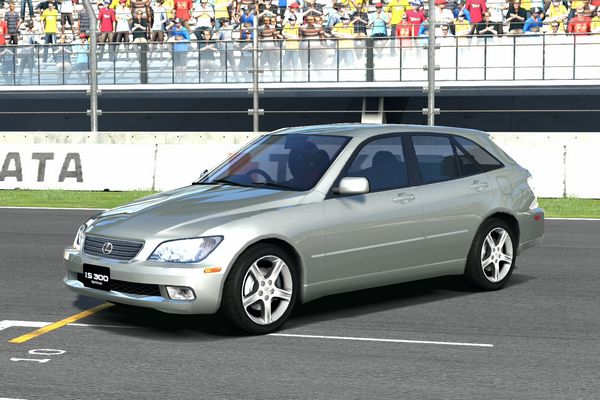