For whatever reason, armchair sociologists and most of the non-automotive media seem to have fixated on 1957 as a pinnacle year for almost all American human endeavors. The best fashions, kitchen-appliance designs, diner menus, and, of course, cars, are largely ascribed to this singular period.

Most car enthusiasts look back on ’57 a little more cautiously, with only few latching on to the model year as any sort of highpoint in product development. That’s not to say the ‘57s didn’t look great, or that there wasn’t some engineering there to appreciate, only that 1956, 1958, and, well, most of the Sixties were pretty fabulous, too.

At any rate, one thing that was inarguably cool in 1957 was the car ads. For your considering we present ten such print ads, and one TV commerical. While no single common thread unites these separate pieces, there’s a look and feel to them that is very uniquely of the period. So, even if the magic of 1957 is mostly myth created after the fact, the reality is that it was still a pretty cool time. 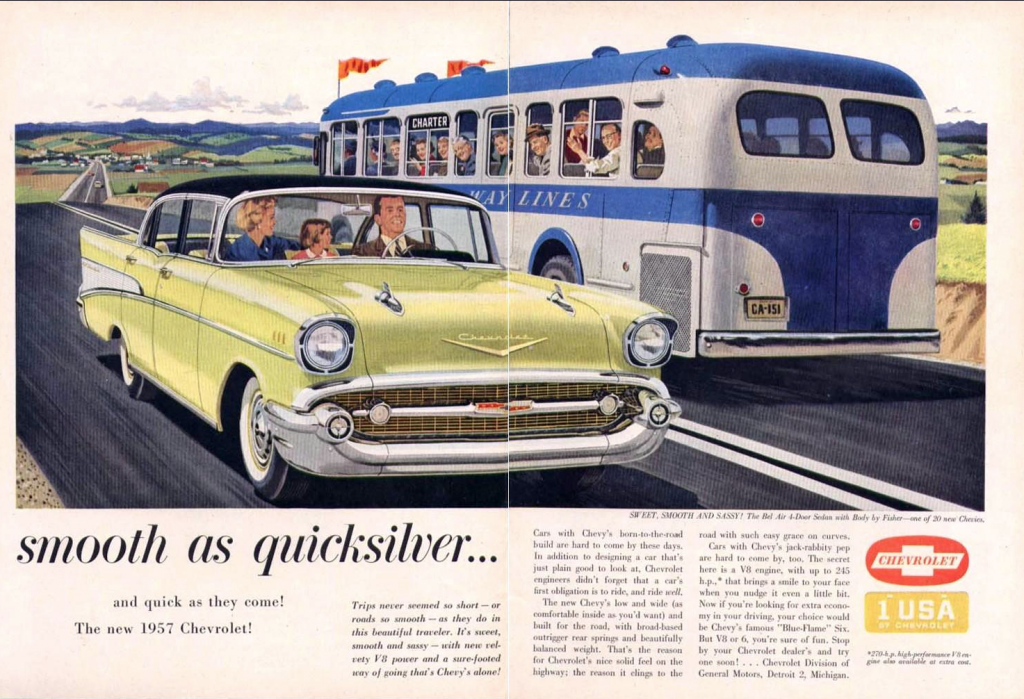 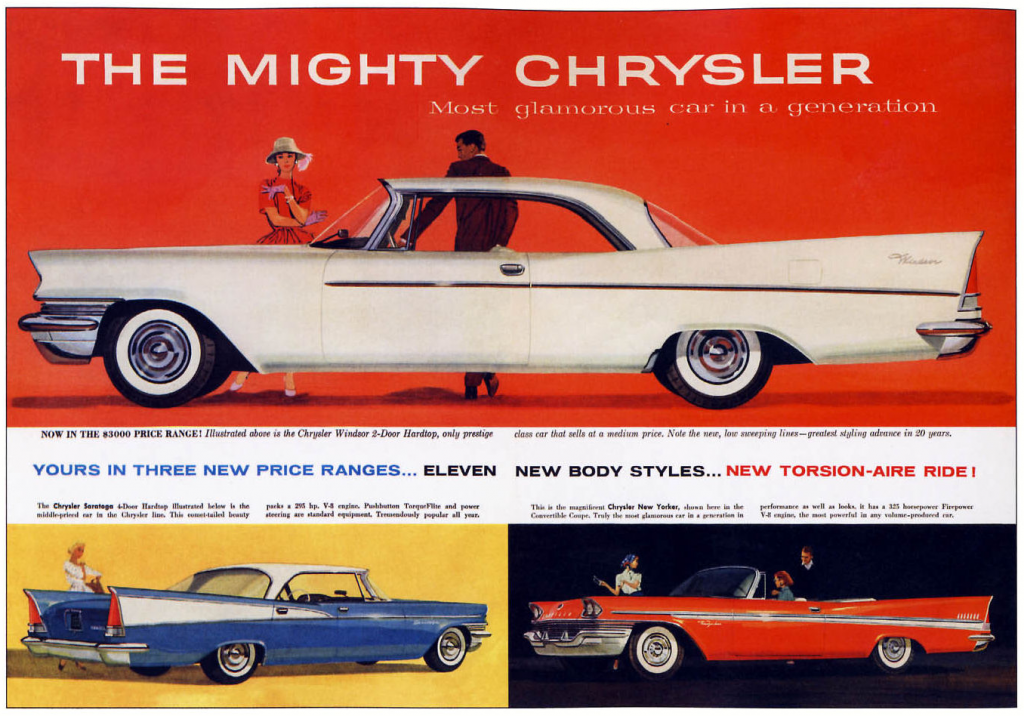 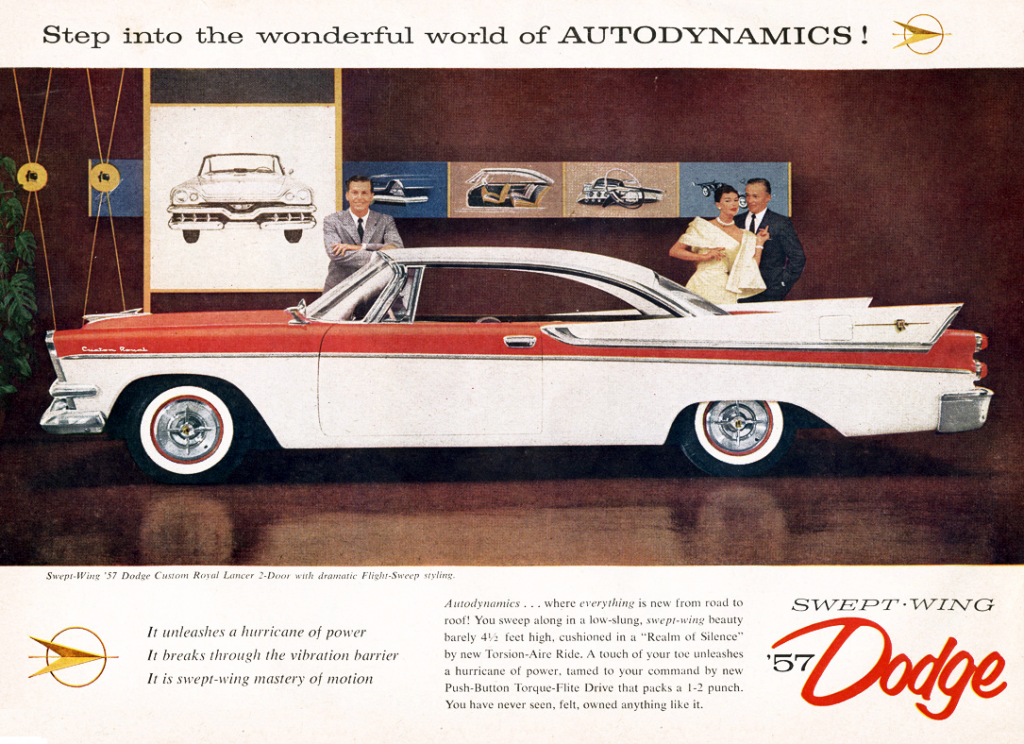 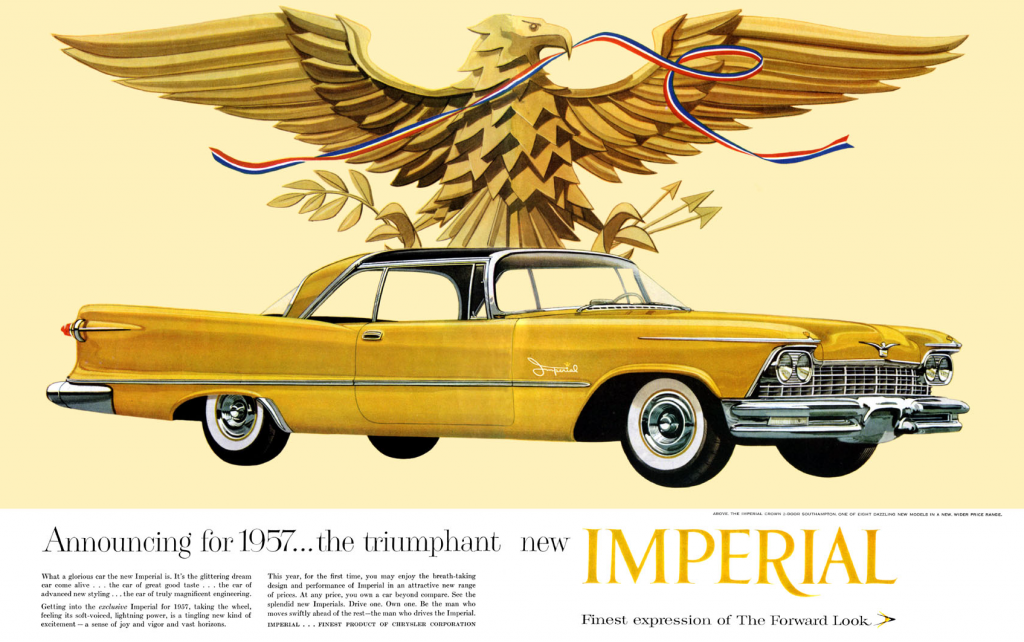 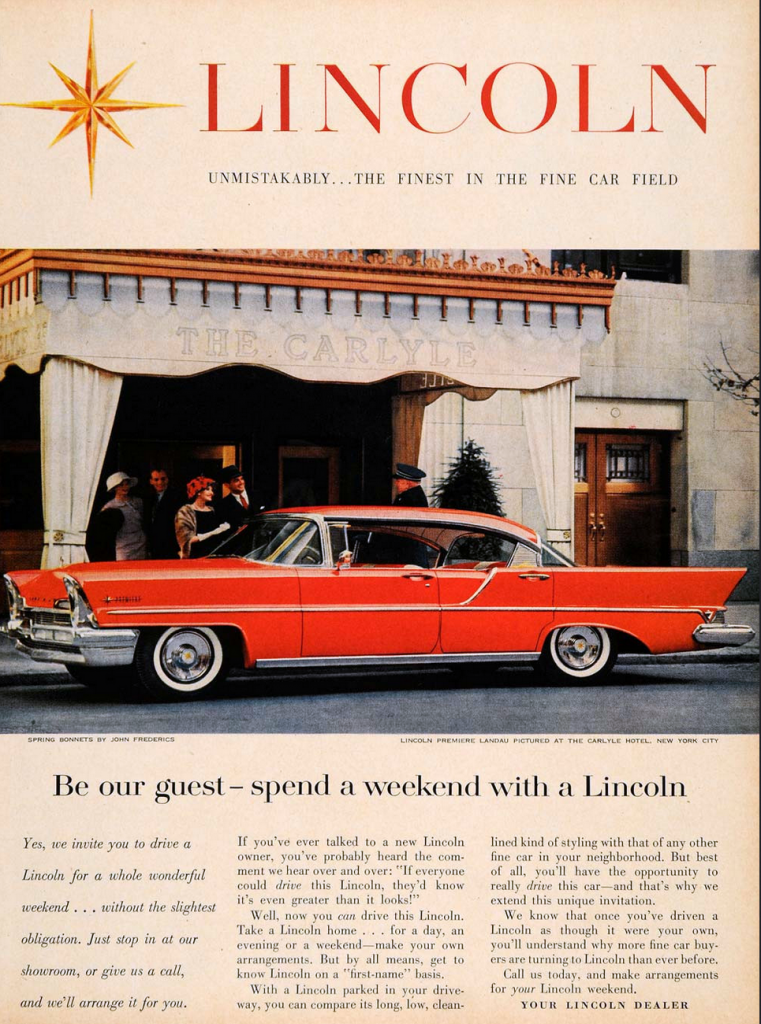 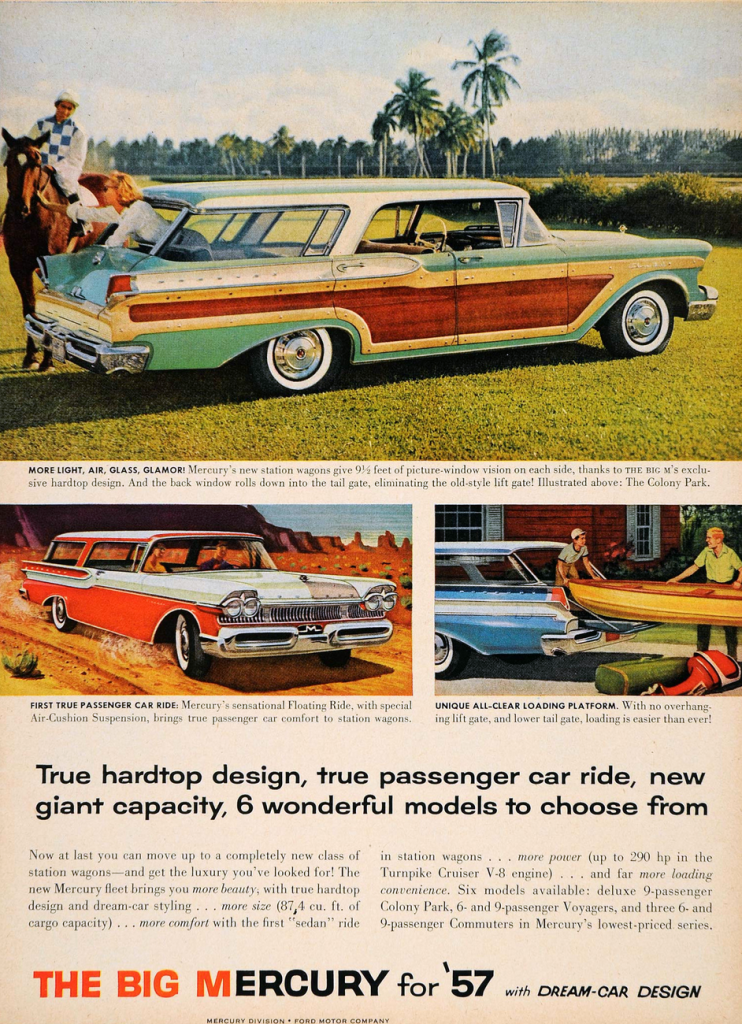 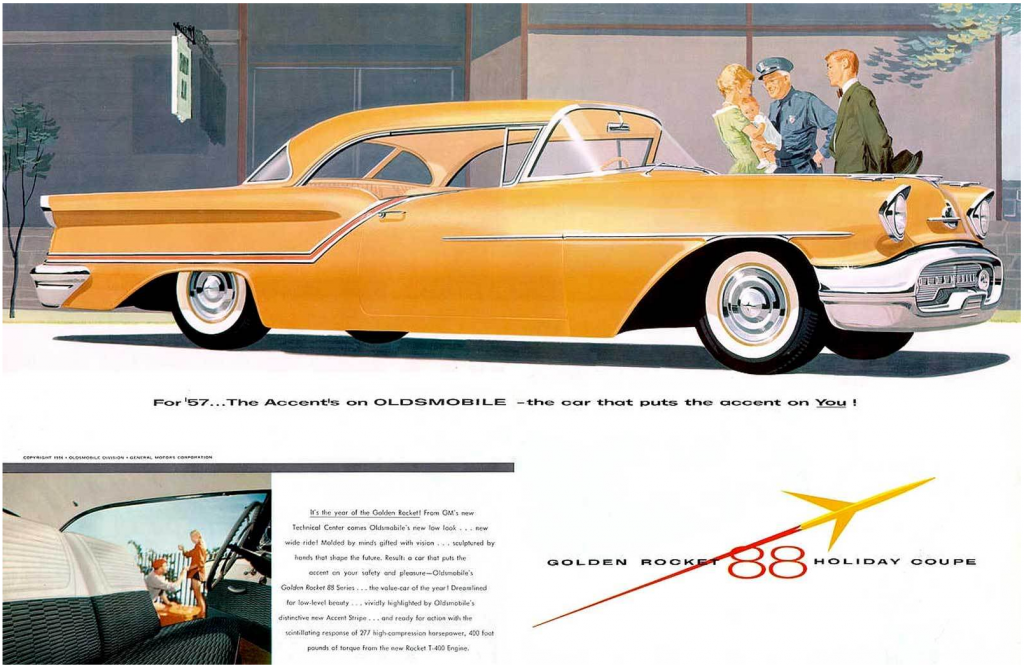 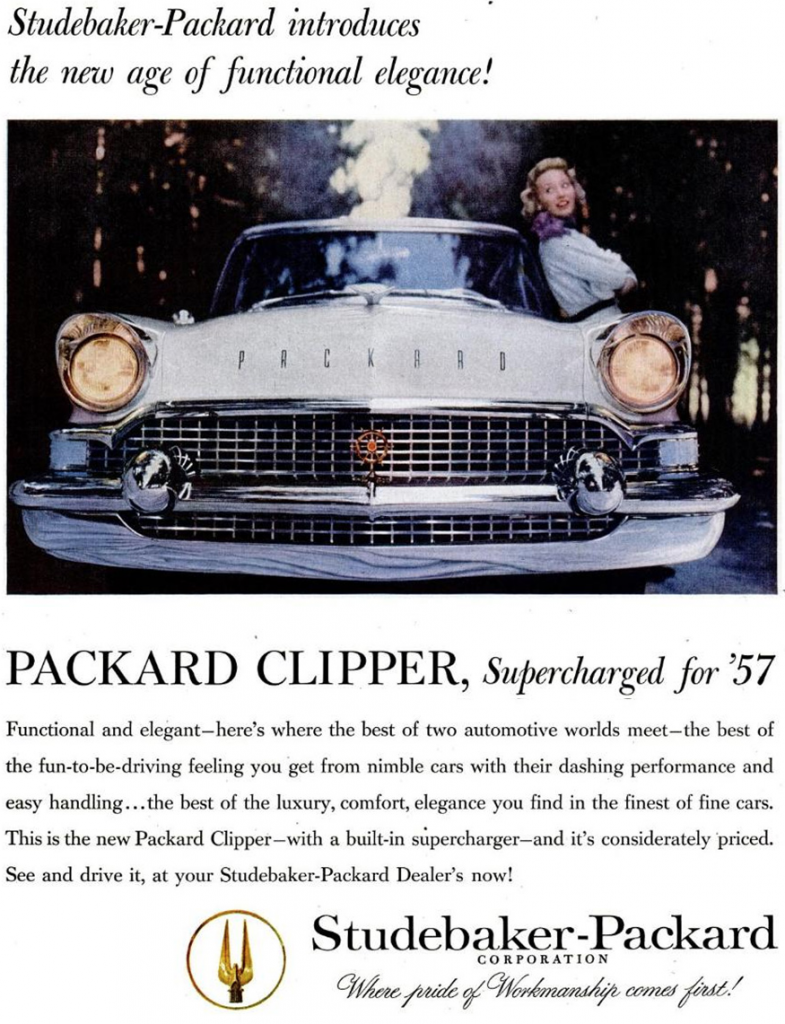 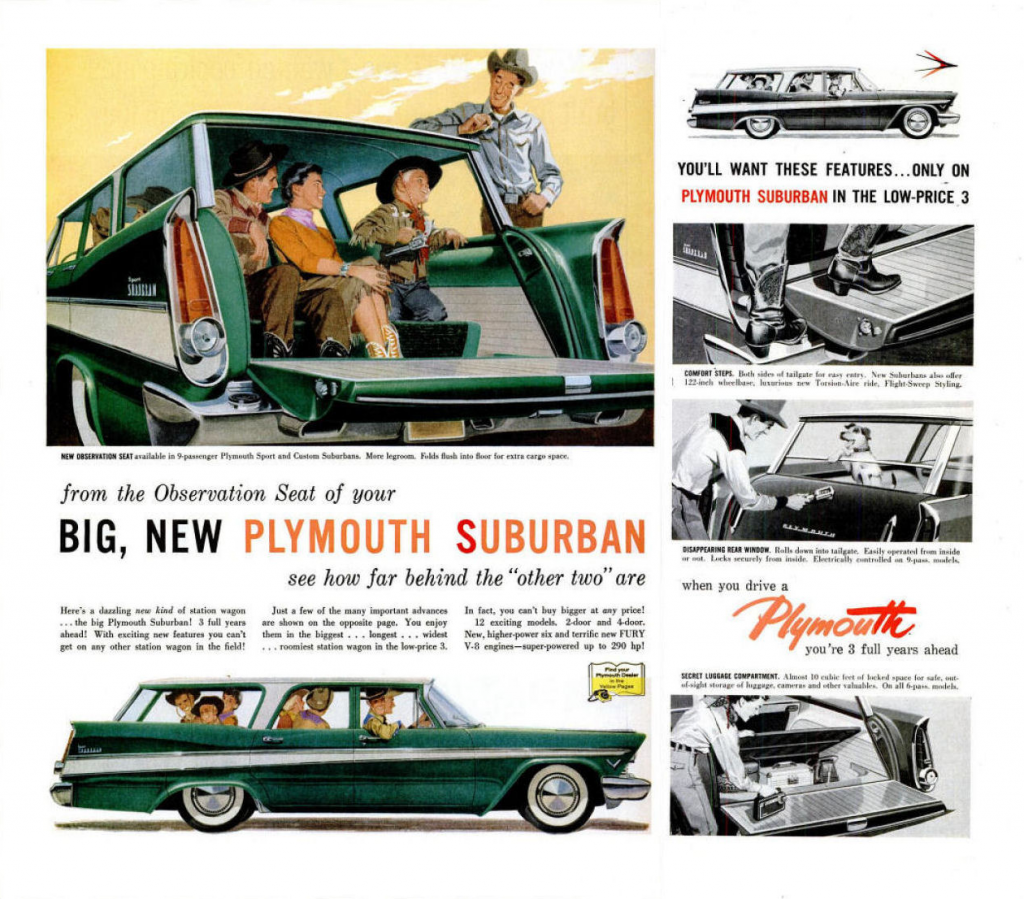 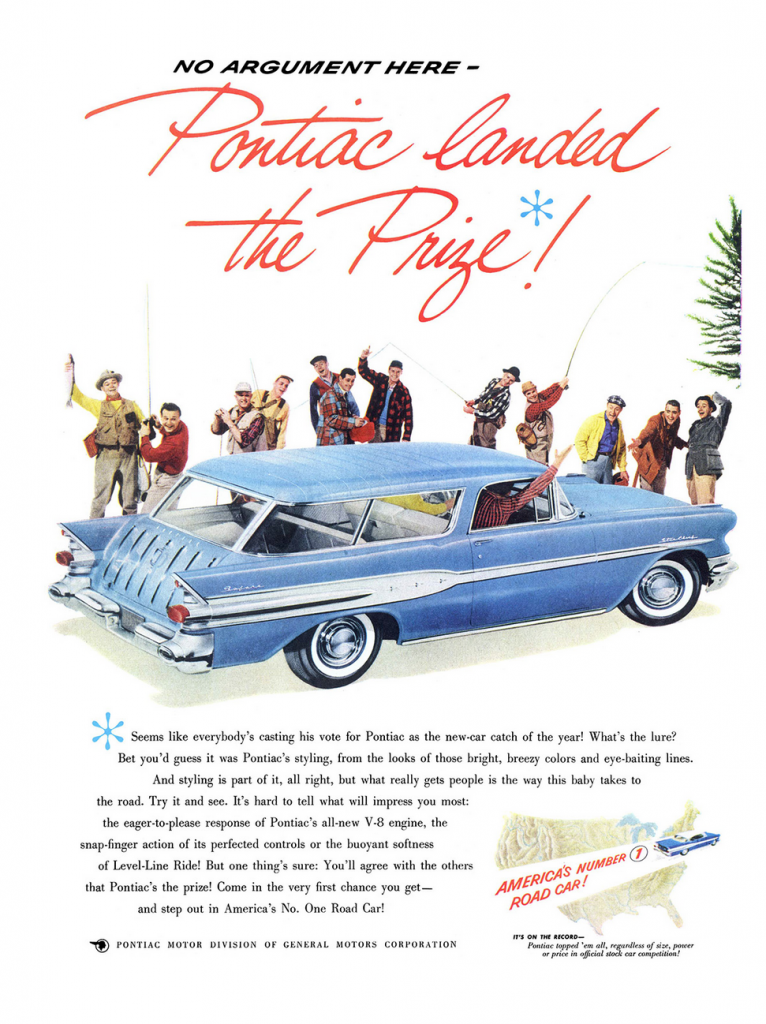