NEW YORK AUTO SHOW: A Peek Inside a Bentley (Video) 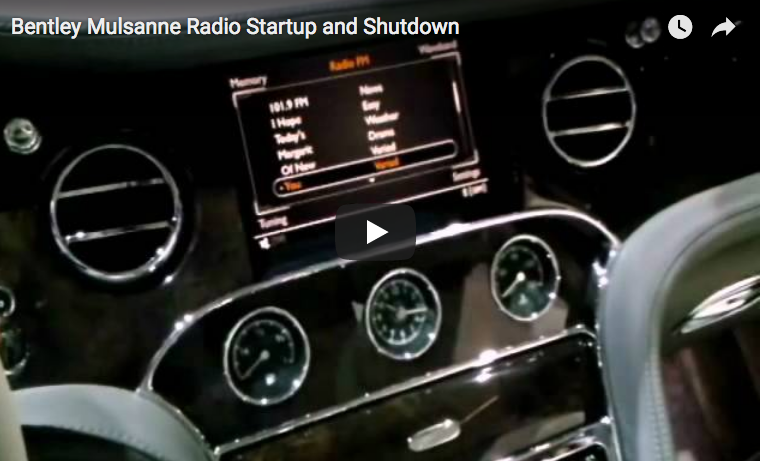 Peek Inside a Bentley

While strolling around the 2012 New York Auto Show, I spied this Bentley Mulsanne. During the “public” days of an auto show, vehicles of this caliber are usually cordoned off and well out of reach of the masses. However, during the “press” days, most automakers’ products are accessible and interaction is encouraged.

Bentley Has the Need for Speed at the LA Auto Show

A Peek Inside a Bentley

Take this Bentley Mulsanne. It, along with the Continental GT V8 and Continental GTC V8, were stationed in the fenced-off Bentley display. The only way for “mere mortals” to smell the leather in these tempting pieces of transportation is to somehow convince those working the booth that you have serious intentions (and the means) of purchasing such a vehicle.

But  journalists, and other vetted individuals wandering around the show floor during the press preview, can simply walk right into the exhibit if the gate is open. It usually doesn’t hurt to catch the eye of the gatekeeper and politely ask if you can sit in the car. After performing these steps, I found myself in the driver seat of the Mulsanne.

Often, cars parked on the auto show floor have their batteries disconnected, but some have auxiliary power routed to electronics. Such was the case with this Bentley. Most equipment, including the power seats, power trunk open/close function, power windows, and infotainment system, were functional. Take a look at the video above and observe the grandeur with which the radio turns on and off. For our detailed review of the Bentley Mulsanne, click here.