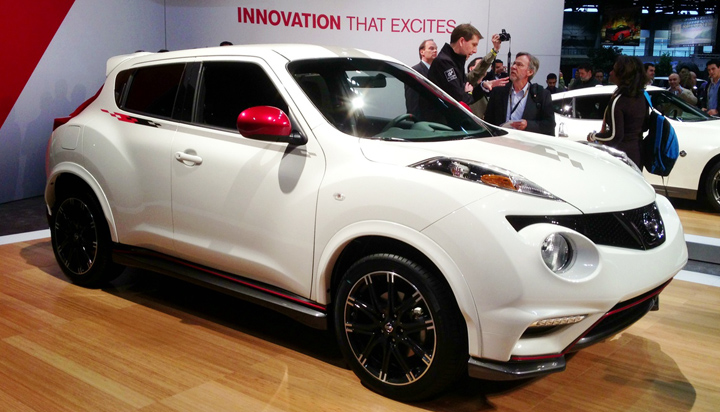 If you thought the quirky Juke hatchback could use even more personality, Nissan just might have your ride. Following its world premiere at last month’s Tokyo Auto Salon, the company brought its high-power Juke NISMO to the 2013 Chicago Auto Show. Also on display at Nissan’s stand was a freshened 370Z NISMO and a more-racetrack-ready edition of its high-end GT-R sports car.

NISMO is Nissan’s in-house performance division, whose presence company officials are looking to expand in the coming years. The Juke NISMO is unrelated to the outrageous Juke-R, which debuted in the Middle East last January. The R was powered by the twin-turbocharged V6 found in the GT-R. The NISMO uses the production Juke’s turbocharged 1.6-liter 4-cylinder engine, massaged to 197 horsepower, a gain of 9 over stock. Torque jumps to about 185 pound-feet, up 15 from standard.

In what will probably be seen as heresy by more than a few enthusiasts, the all-wheel-drive Juke NISMO will deliver its power through a specially designed continuously variable transmission (CVT) that behaves like an automatic. Nissan is attempting to compensate by incorporating a manual override with seven pre-set “gears.”

A sport suspension is designed to improve handling with little sacrifice to ride quality. Reworked steering provides more assist at higher speeds. A roof spoiler, side skirts, and a reshaped front bumper redirect air more efficiently around the exterior.

Dealers in Japan are accepting orders for the Nissan Juke NISMO right now, with the first deliveries slated for February 19. It starts at ¥2,850,750, or about $31,300. Company officials confirmed that this car will be available in the U.S. this spring, and pricing will be announced at that time.

Also on display at the 2013 Chicago Auto Show is an updated 2014 Nissan 370Z NISMO. Using the recently freshened 2013 370Z as a base, the NISMO includes more power, firmer suspension tuning, and other unique exterior and interior trim. The engine remains a 3.7-liter V6, but in NISMO guise it produces 350 horsepower, an increase of 18 over stock. The sole transmission is a 6-speed manual with Nissan’s unique SynchroRev Match function, which automatically “blips” the throttle so that downshifts occur more smoothly. The 2014 Nissan 370Z NISMO goes on sale this summer.

Rounding out Nissan’s performance exhibition was the U.S. debut of the 2014 GT-R Track Edition. This car removes the stock GT-R’s vestigial rear seat to save weight. A unique performance suspension and revised fuel injectors promise improved handling and better mid-range throttle response. The car otherwise retains its twin-turbocharged 3.8-liter V6 engine, all-wheel drive, and 6-speed dual-clutch automated-manual transmission. Production of the 2014 Nissan GT-R Track Edition is underway and will be limited to 150 units for the U.S. market. No pricing was announced, but the car will go on sale in May.

CG Says: Nissan is hoping to give its performance division a boost by expanding the NISMO line to something beyond the 370Z. Making the Juke the first beneficiary is an interesting, yet entirely logical move. Pricing for the Japanese-market model is a bit stiff; hopefully it will come down by a few thousand dollars by the time it reaches U.S. showrooms. The GT-R Track Edition makes an already outrageous sports car even more so. For the select group of high-rolling enthusiasts who want to spend days in the boardroom and weekends at the track, this GT-R might very well be the ride they’re looking for. 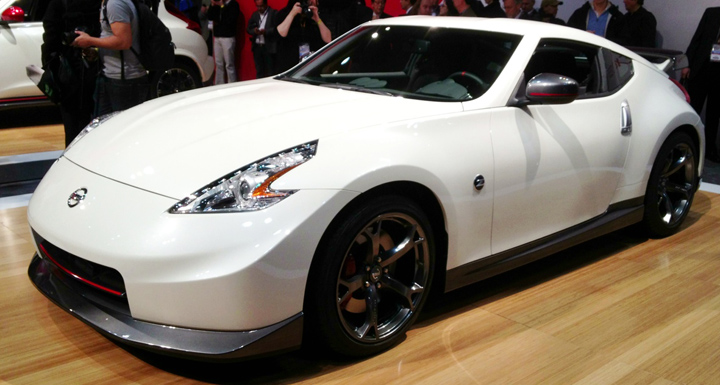