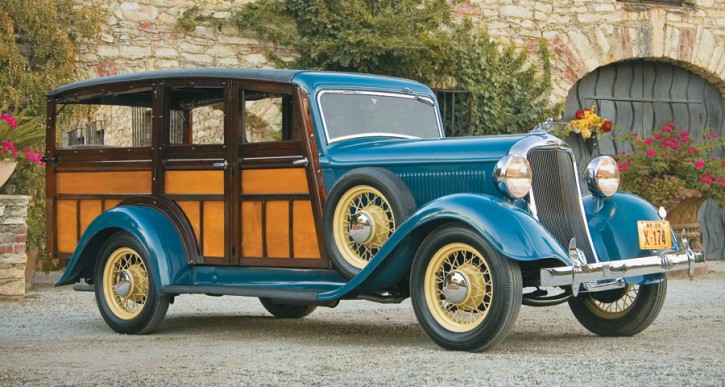 Note: This article is reprinted from the June 2015 issue of Collectible Automobile

In 1933, Dodge was finding its place within Chrysler Corporation. Chrysler bought Dodge Brothers in 1928 and positioned its cars between DeSoto and Chrysler. By ’33, Dodge and DeSoto had swapped places with six-cylinder Dodges now priced lower than comparable DeSotos. (Only the soon-to-be-discontinued Dodge Eight cost more). 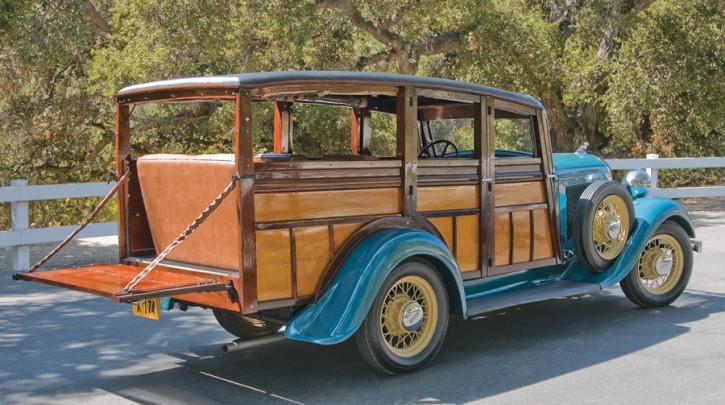 Wood-bodied station wagons were the passenger-hauling champs of their day. They were typically unglamorous work horses when new, but today “woodie” wagons enjoy a mystique all their own.

On the truck front, most of the aging Dodge models designed in the Twenties were replaced by fresh Chrysler-engineered vehicles in ’33. Their success moved Dodge up to the number-three sales slot for trucks that it still holds today.

Like many station wagons of the Thirties, our Photo Feature subject was built on a light-duty truck chassis. In this case, it’s the Dodge HC ½-ton “commercial” chassis with a 111.25-inch wheelbase. The engine was the same 190-cid L-head six used in 1931-32, but with a slight compression boost that raised horsepower to 70 and torque to 130 pound-feet. Top speed was around 40 mph. Factory options on this wagon included its chrome front bumper ($7.50), chrome radiator shell and headlights ($5), and ram radiator cap ($2). 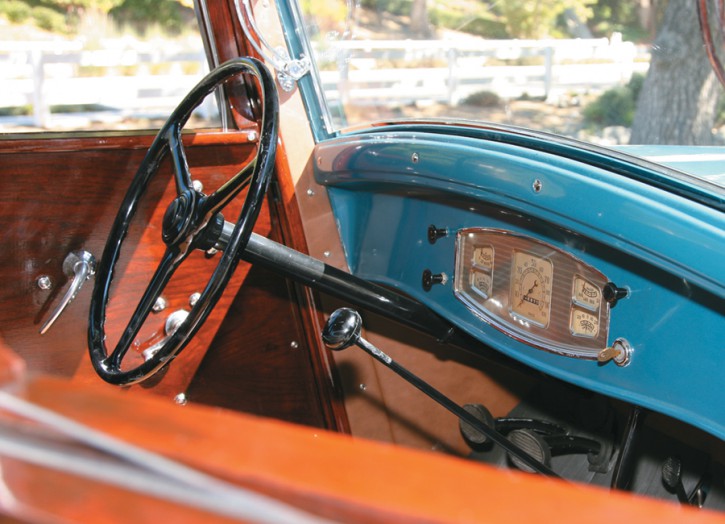 The 1933 Dodge’s dash was very simple, yet surprisingly elegant. Note the hinge visible just above the steering wheel; the windshield could be opened at the bottom for additional ventilation.

Station wagons of the early Thirties were usually work vehicles. Hotels often used them to pick up guests and luggage from train stations. Volume was low and most auto companies were happy to let outside firms build wagon bodies on their bare chassis. Because wagons were built in small numbers, it was more economical to pay craftsmen to build wood bodies than to invest in the equipment needed to stamp out metal bodies. U.S. Body and Forging Company was Dodge’s official wagon supplier in 1933, but other builders could obtain the Dodge chassis. J.T. Cantrell and Company of Huntington, New York, built the wagon seen here. 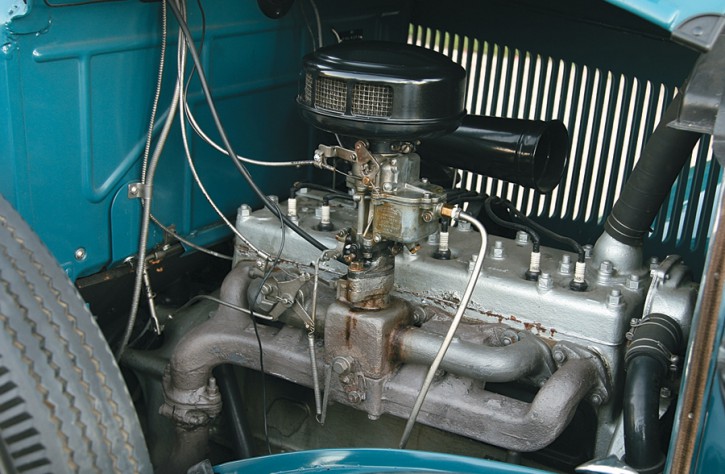 The 70-horsepower, 190-cubic-inch flathead six was good for a top speed of around 40 mph.

Many “woody” wagon builders were located close to a source of timber, but Long Island-based Cantrell was close to its customers. It catered to wealthy estate dwellers who, like hotels, needed station wagons to pick up guests, luggage, and supplies, and provide transport for hunting and other outdoor activities. Cantrell did a good trade with the East Coast estates, and by the late Thirties had expanded to build factory-cataloged station wagons for Packard and General Motors. The switch to steel-bodied station wagons in the Fifties was a fatal blow to Cantrell’s business, and the company ceased operations in 1958.

A winged Dodge Brothers badge is positioned at the top of the swoopy chrome grille shell. The interlocking-triangles star logo continued on Dodge cars until 1939.

The late Lawrence Irving Solomon discovered this wagon rotting in a wood in New York State. Could the dilapidated wagon have once carried guests and hunting dogs on a Gatsby-like estate? The metal was rusted and the wood had to be completely replaced with new oak, ash, and maple. The upholstery also had to be replaced, as did the snap-in side curtains on the rear windows. (Only the front doors had roll-up glass windows.) Mr. Solomon did all the work himself between 1994 and 1999, and the quality of his restoration was rewarded with a First Senior Award at the Antique Automobile Club of America Hershey meet in 1999. The Dodge wagon is now owned by Mr. Solomon’s son Stewart of West Hills, California.