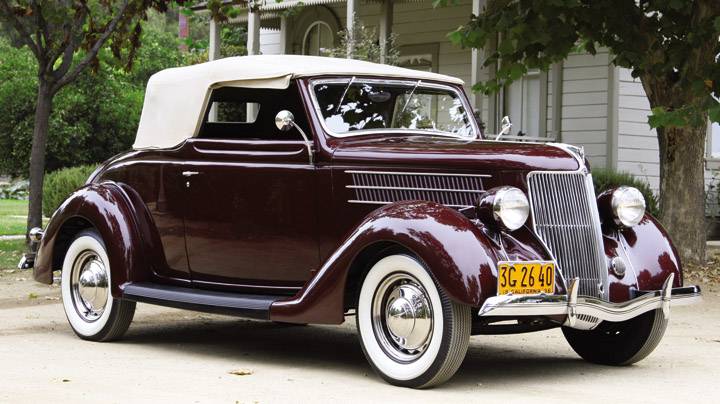 The 1936 Ford DeLuxe Club Cabriolet was about one third as popular as the less expensive rumble-seat version of the same car.

Note: This article is reprinted from the October 2013 issue of Collectible Automobile.

The future doesn’t always take a direct path to its place in history. A case in point is Ford’s shift in convertible construction that started in the late Thirties.

From the emergence of cabriolet-style convertible coupes in the late Twenties, the common seating configuration for these weathertight ragtops with roll-up windows was two seats under the top and two more in an external rumble seat. It wouldn’t be until 1940 that the rumble seat was finally a thing of the past for American cars and the era of the modern convertible—with all passengers seated in the cabin—had fully arrived. 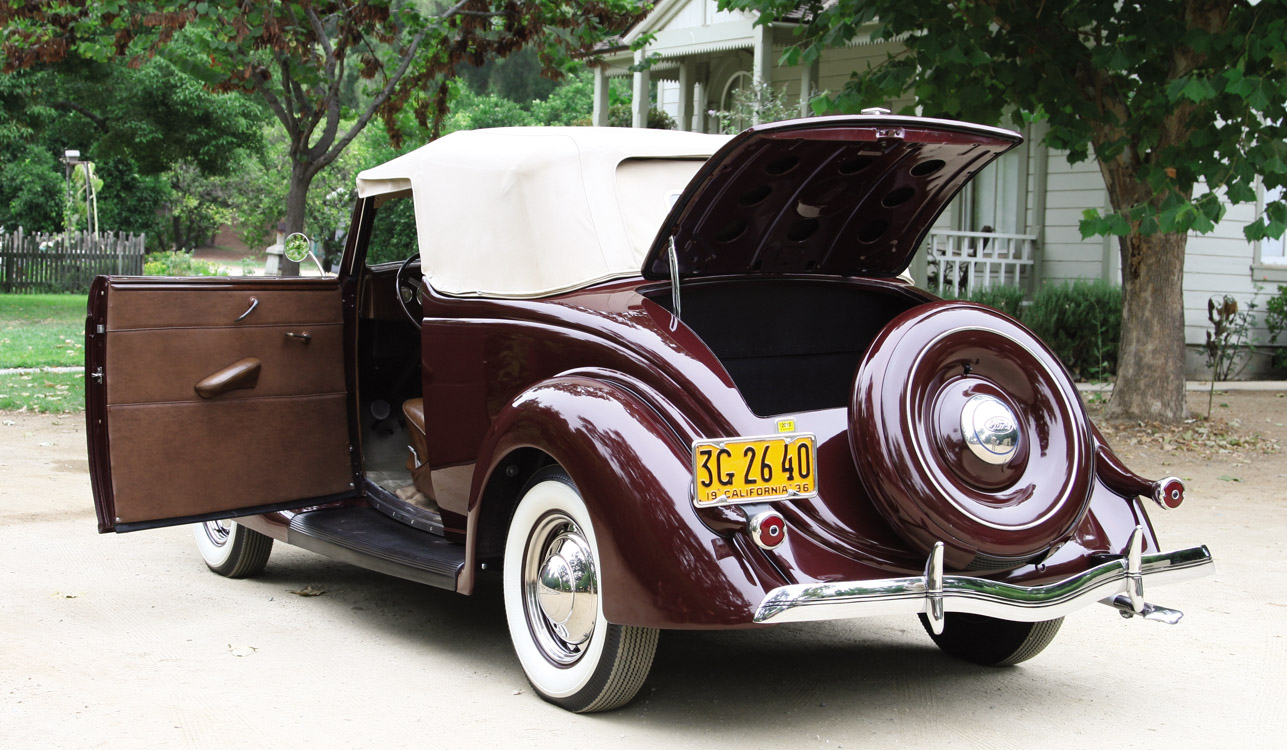 This wasn’t an overnight switch, however. In the early Thirties, a few makes had briefly carried two-door “convertible phaetons” with five-passenger interior seating. Luxury makes also could be had with dramatic “convertible victoria” bodies with extended cabriolet tops that fully enveloped rear-seat passengers when raised.

Ford, which offered a variety of open-car styles, added one more in 1936 when it brought out a cabriolet convertible for four passengers under a single canvas top. Like the tony convertible victorias, the only side glass was in the doors, which provided a fairly private—or claustrophobic—environment for back-seat passengers.

Ford called this new model the club cabriolet and offered it solely in DeLuxe trim. At $675 to start, it cost $50 more than a rumble-seat convertible. With 4616 built, it enjoyed only about a third of the rumble-seat ragtop’s popularity.

That changed over the next couple of years, however, and by 1938, when the price differenential had been reduced to $30, the club cabriolet edged ahead in demand with more than 6000 orders. In spite of that trend, though, the only two-door open Ford for 1939 was the marque’s final rumble-seat convertible.

The ’36 line that welcomed the first club cabriolet featured a streamlined facelift of the look that had been all new the year before. Attributed to Holden Koto, of Ford supplier Briggs Manufacturing, the update’s key features were a pointed hood and wraparound vee grille. Formerly exposed horns now hid behind small chrome grates on either side of the grille.

Other changes included a switch to steel-disc wheels. Despite appearances, they were actually lighter than the wire wheels that had previously been standard. Elsewhere, steering effort was reduced and the addition of helical-cut low and reverse gears made the three-speed manual transmission quieter. Shift-lever travel was shortened, too. 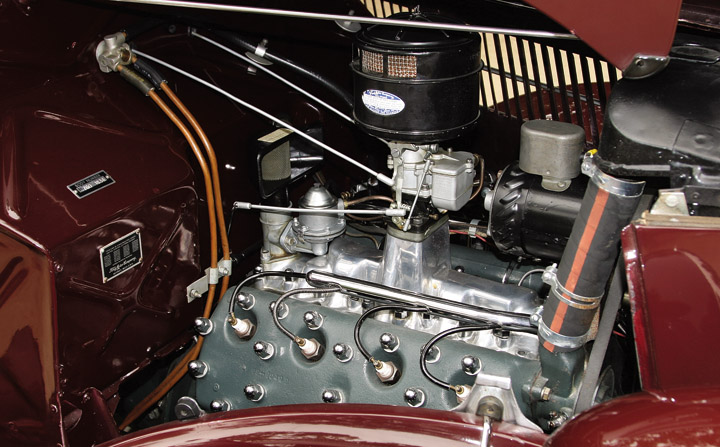 Wheelbase stayed at 112 inches and Ford’s famous 221-cid L-head V-8 engine was continued at the same 85 bhp it had developed since 1934. However, overheating issues were addressed with the adoption of domed pistons, improved crankcase ventilation, and the return to a radiator with a 22-quart fluid capacity. 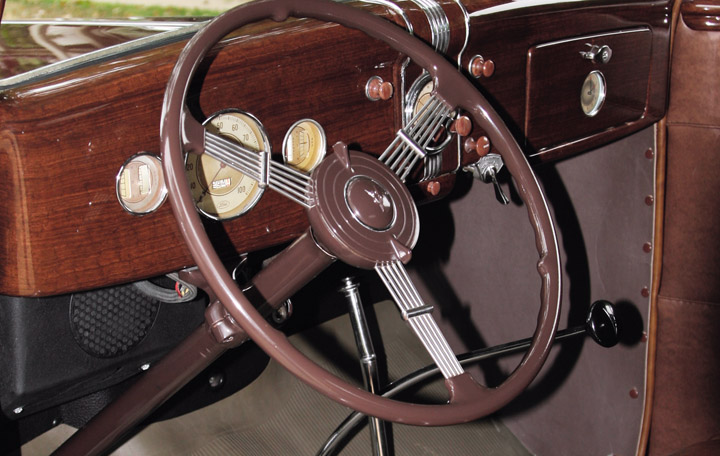 This Cabriolet included such optional niceties as a radio and dashboard clock.

The predictive ’36 DeLuxe club cabriolet seen here belongs to Dave Gill of La Verne, California. The recipient of a full off-frame restoration, the car is sprayed in Light Fast Maroon, one of the four “spring colors” that were offered briefly that year. It is well equipped with interior options like a radio, clock in the glove-box door, and deluxe “banjo” steering wheel. Exterior extras include twin mirrors, chrome “spider” wheel trim, and whitewall tires. Gill’s convertible also features a Columbia two-speed differential, a dealer-installed option offered from 1934 to 1948 that, when engaged, reduced engine revolutions much like an overdrive would for improved fuel economy and quieter running.