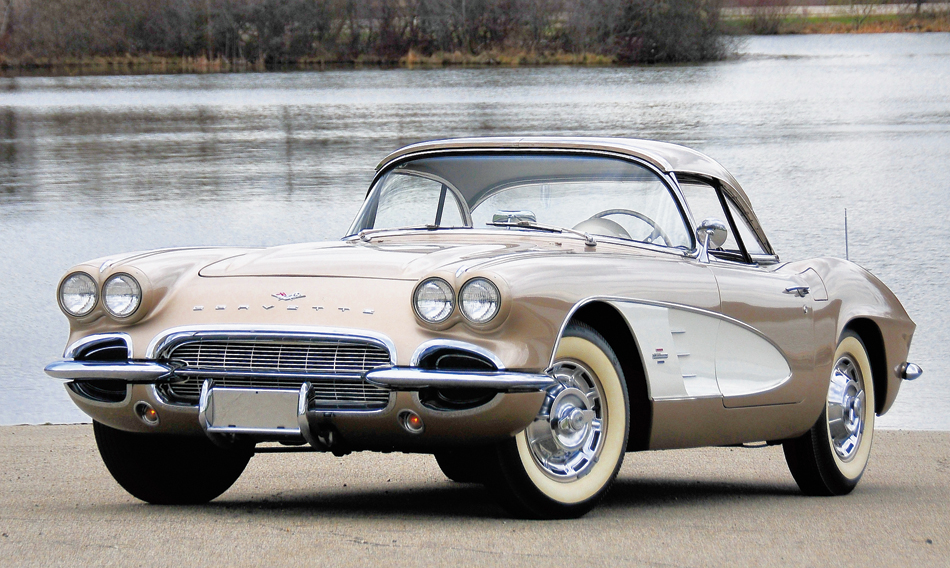 The names “Corvette” and “Lingenfelter” have been closely related for a long time. It’s completely natural, then, that they’re paired up on the next few pages of this magazine.

The connection goes back to late drag racer John Lingenfelter, who established Lingenfelter Performance Engineering in the late Seventies to develop go-fast modifications for General Motors products. Along the way his shop turned out some notoriously fast Chevrolet Corvettes. 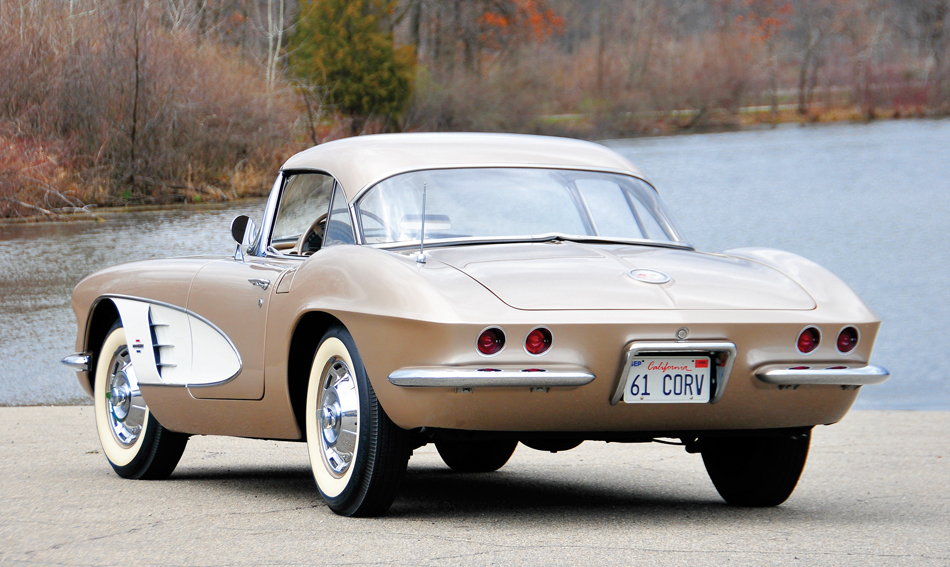 Eight years removed from the Corvette’s debut, the ’61 model was still part of what’s now called the “C1” generation—essentially ’Vettes with a straight rear axle. It was the first one to get undercut “ducktail” rear styling picked up from the Stingray sports racer. Other notable appearance changes were a screen-type grille (in place of vertical chrome teeth), and body-color headlamp rings. In its overall look and dimensions, the 1961 Corvette was still very much like the 1958 model. 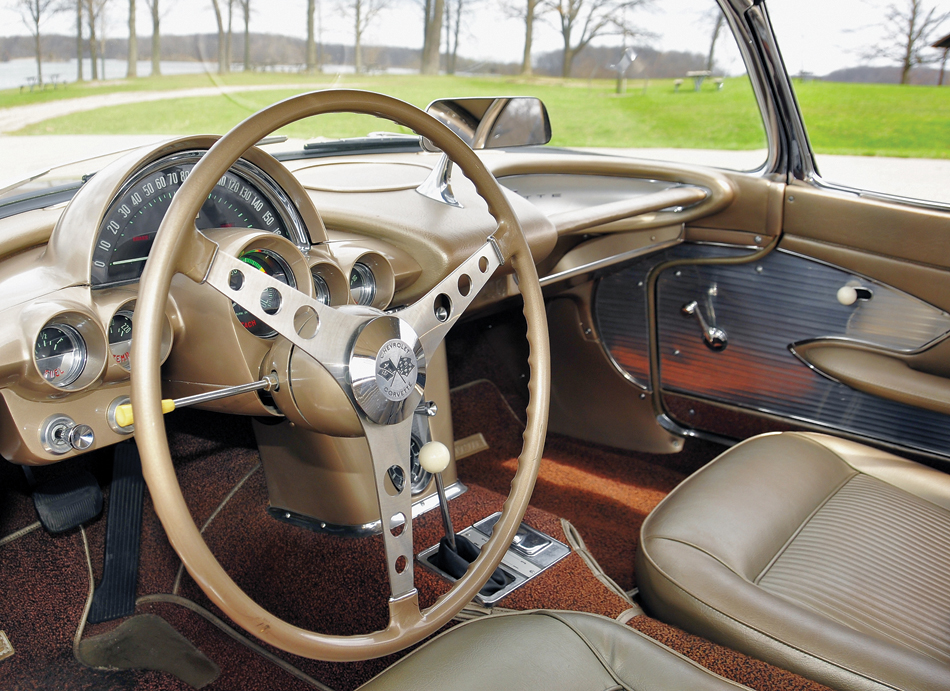 There was little different under the hood, save for a running change to a cross-flow radiator. The base powerteam that came in the $3934 starting price was a 230-hp 283-cid V-8 hooked to a three-speed manual transmission. Twin-carburetor engines of 245 or 270 hp were available, as were fuel-injected variants of 275 or 315 horsepower. A four-speed manual and Powerglide automatic were alternate transmission choices.

Seven exterior colors were available, and the featured car is sprayed in one of the year’s new ones: Fawn Beige. It is complemented with Ermine White side coves. A Corvette fixture since 1956, the contrast-color coves would not return after ’61. 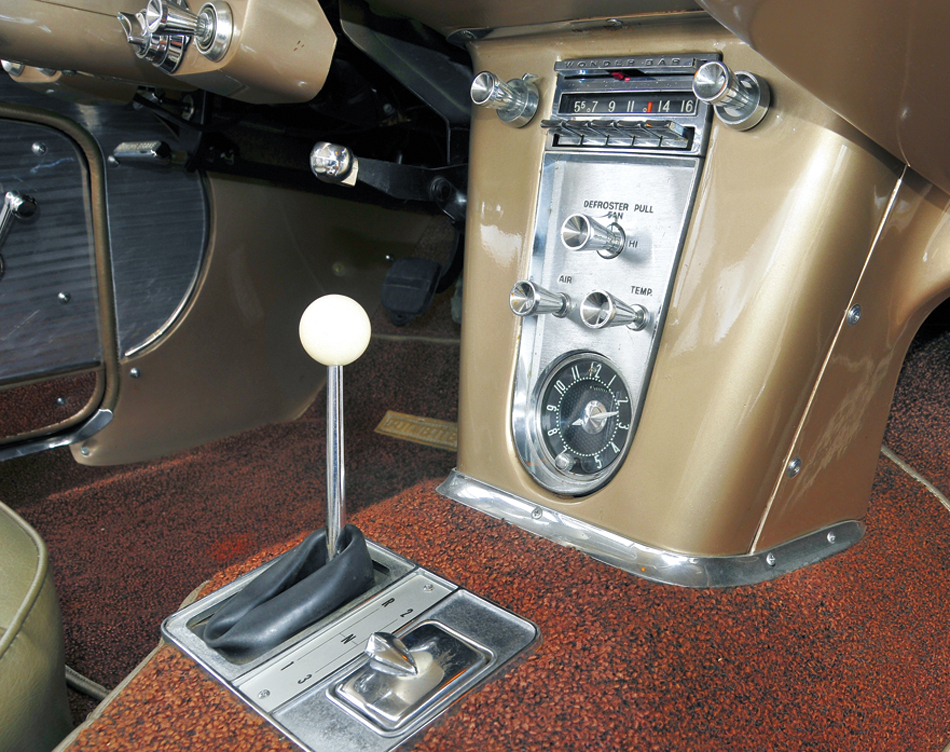 The matching Fawn interior was one of three possible colors that could be paired with this paint. Passengers who settled into the two vinyl bucket seats had a little more room to themselves thanks to a newly narrowed transmission tunnel. Windshield washers and sun visors were among a handful of new standard items. 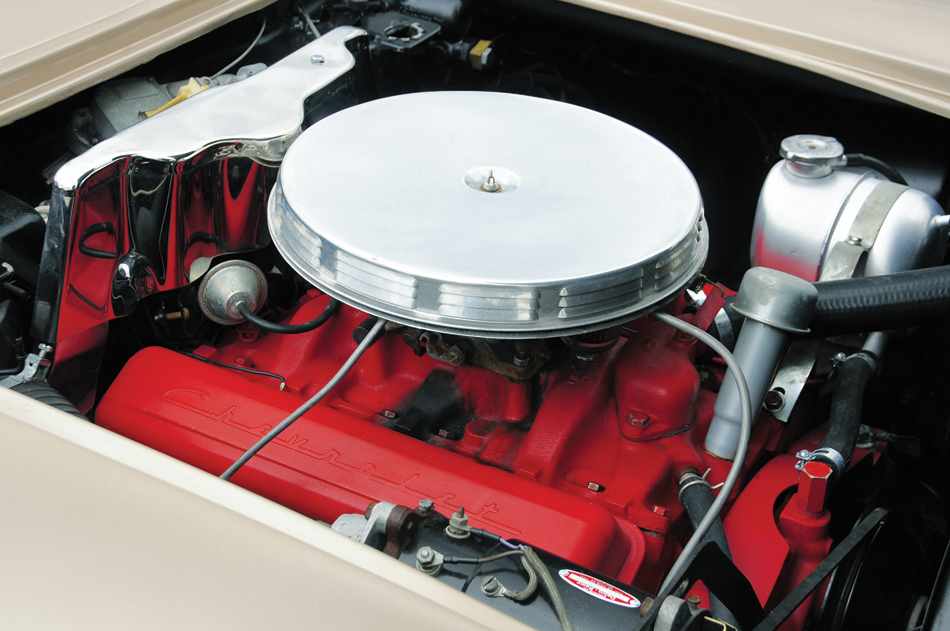 Ken Lingenfelter purchased this Corvette in July 2008. He says that a past owner was Colonel Norman Suits, a former commandant of the U.S. Air Force test-pilot school. The car is equipped with the standard engine with a single Carter four-barrel carburetor and the three-speed transmission. Options include an AM signal-seeking radio ($137.75), removable hardtop ($236.75), two-tone paint ($16.15), and whitewall tires ($31.55).

The Lingenfelter Collection, located in Brighton, Michigan, encompasses more than 150 muscle cars and exotics. About 40 percent of the roster is devoted to Chevy’s fiberglass-bodied flyer. While not open to the public, the collection is regularly used as a setting to host club and charity events. Thus, even though the tidy ’61 ’Vette isn’t actively shown, it’s still regularly seen. “The car gets lots and lots of exposure even though it’s in a private collection,” says Lingenfelter.