The Coupe de Ville Show Car made its debut in 1949 at the “Transportation Unlimited” exhibition.

Note: This article is reprinted from the December 2013 issue of Collectible Automobile

When the doors of New York’s Waldorf=Astoria Hotel opened on January 20, 1949, to admit visitors to the “Transportation Unlimited” exhibition, the public got a peek into the near-term future of the automobile, at least as General Motors saw it. That future was going to include “hardtop convertibles,” steel-roof coupes without fixed B-pillars that strove to capture the look of convertibles with their fabric tops raised.

All five GM car divisions showed a two-door hardtop model at this first of what would turn into the famous Motorama shows. Before the ’49 model year was over, Oldsmobile, Buick, and Cadillac would have two-door hardtops on the market. However, where the Olds and Buick hardtops in dealer showrooms looked nearly identical to the ones in the Waldorf ballroom, the Cadillacs were quite different.

The Coupe de Ville show car was stretched over the 133-inch wheelbase of the 60 Special.

The 2150 Cadillac Coupe de Villes made for public sale were part of the 126-inch-wheelbase Series 62 lineup. They bore a roof design like that of the Olds and Buick hardtops, which featured a wraparound backlight and rear pillars that narrowed toward the bottom. The show version was stretched over the 133-inch chassis of a Series 60 Special sedan and featured a more enveloping roof with smaller limousinelike back glass. 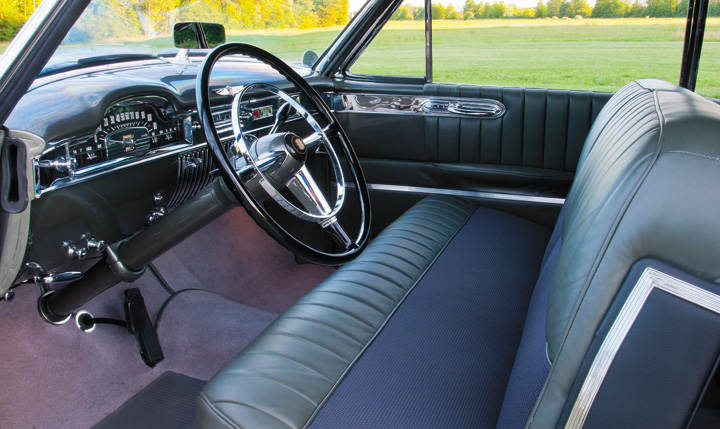 A short-wave telephone was among the special features inside the Coupe de Ville show car.

Other touches unique to the show car included a one-piece curved windshield, chrome wheel-opening trim, simulated air scoops on the rear fenders, and hydraulically operated side windows and vents. The custom interior was outfitted with a shortwave telephone and rear arm rests that held a vanity case, lipstick holder, and perfume atomizer.

Owner Steve Plunkett of London, Ontario, Canada, says that information compiled by the General Motors Heritage Center shows the one-off car was built up in part from a 1948 convertible. The roof was fabricated from three large longitudinal sections welded together and there is wood bracing around the back window and other places. 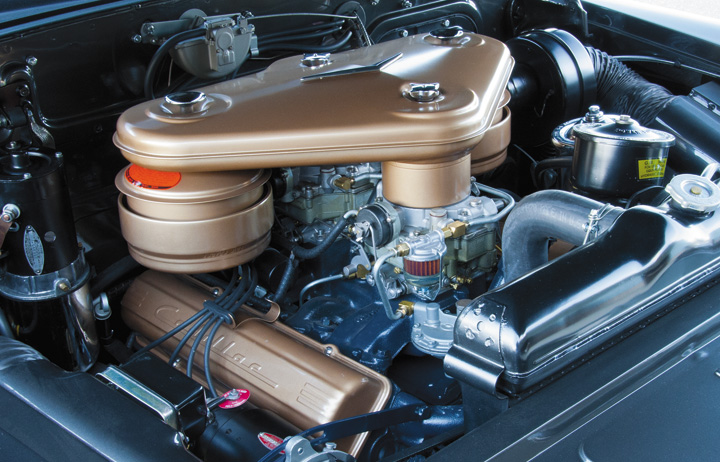 After eight days at the Waldorf and another week at Convention Hall in Detroit, the car passed to GM President Charles Wilson. When he became U.S. Secretary of Defense in 1953, he gave it to his secretary, who took it with her to California. In 1957, the ’49-vintage 331-cid ohv V-8 was replaced by a 365-cid Eldorado V-8 fed by dual carburetors and rated at 325 bhp. Power brakes and steering were added at this time, too.

The car, which Plunkett has owned for about three years, was a show-stopper once again in 2013 when it was displayed at the Amelia Island Concours d’Elegance in March.