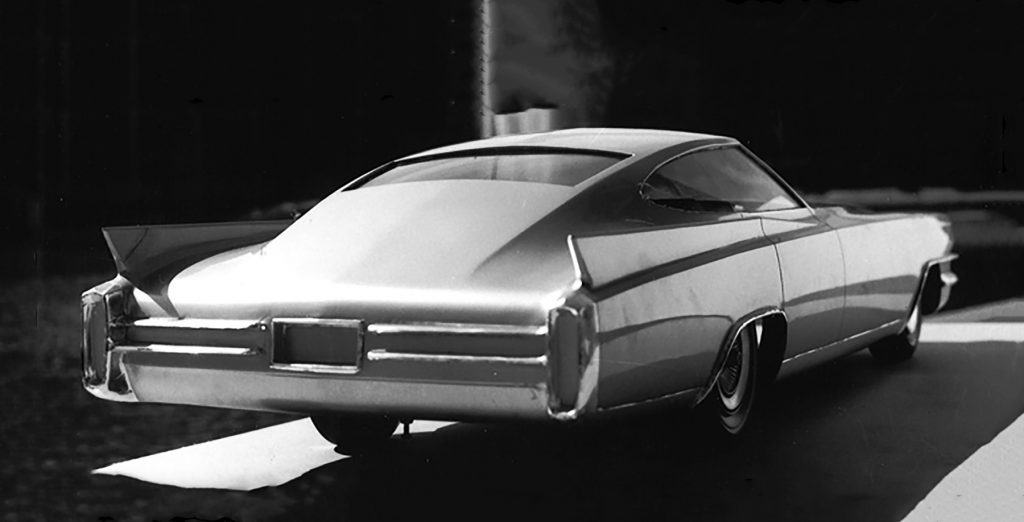 A proposal for a multi-cylinder Cadillac was completed in 1961. It had a sweeping roofline reminiscent of Cadillac’s fastback coupes of the late ’40s.

Back in the 1920s, Cadillac was seen as the top rung of General Motors’ ladder rather than a serious luxury car, such as Packard. Cadillac’s surprise launch of the world’s first production 16-cylinder motor car in 1930 changed that. The introduction of a powerful and efficient overhead-valve V8 after World War II cemented Cadillac’s position at the top of the American luxury heap, and it remained on top until imports started making serious inroads in the ’70s. In 2003, Cadillac displayed a Sixteen concept car at auto shows to burnish its luxury car image. Although enthusiastically received, the Sixteen wasn’t approved for production.

In the ’60s, America enjoyed a strong economy and cheap gas. Cadillac executives thought the time might be ripe for another multi-cylinder car. Two engines were contemplated: an overhead-cam V12 and a V16 composed of two V8s. Neither engine got farther than the prototype stage.

It seems that more work was exerted on styling proposals. In 1961, a scale model with an extremely long hood and sweeping fastback was completed. In 1963, Cadillac designer Wayne Kady drew an open speedster proposal with a plethora of hood air intakes. Another 1963 drawing was of a notchback coupe with rear fenderlines that would show up on the 1967 Eldorado. Also in 1963, a model with an extreme vee’d grille and windshield was photographed.

By 1965, Cadillac was serious enough about the multi-cylinder project to give it the project number XP-840 and build a full-sized mockup for a two-seat V16 fastback coupe. XP-840 continued the long-hood look and added a few new features. There was no rear window; instead, a narrow slit was cut in the roof for a rear-facing TV camera. Ribbed “cuffs” spilled out and down the hood to recall the external exhaust pipes of the Classic era.

Unfortunately, the project didn’t go beyond the mockup phase. Former GM design director Chuck Jordan, who then headed Cadillac Styling, recalled: “We finally dropped the project after the full-sized model was completed. We had a lot of other things to do, and here we were playing with a full-size clay we never intended to expose. It was strictly a styling exercise.”

But what an exercise it was. One wonders how a Cadillac V16 flagship would have fared in the prosperous, pre-OPEC embargo days of the late 1960s. 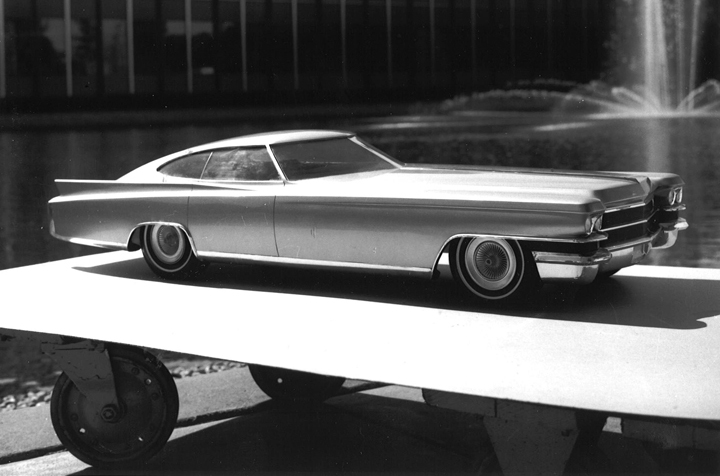 The 3:8 scale model of 1961 was photographed at the GM Technical Center in an effort to look full sized.

Wayne Kady’s concept of 1963 was reminiscent of ’30s speedsters.

This proposal from May 1963 is the only concept with a notchback roof.

This scale model was completed in 1963.

This 1963 Cadillac multi-cylinder proposal has bulging wheel arches that hint at those of the ’66 Oldsmobile Toronado.

This overhead shot of the 1963 model highlights the cantilevered roof without A-pillars. 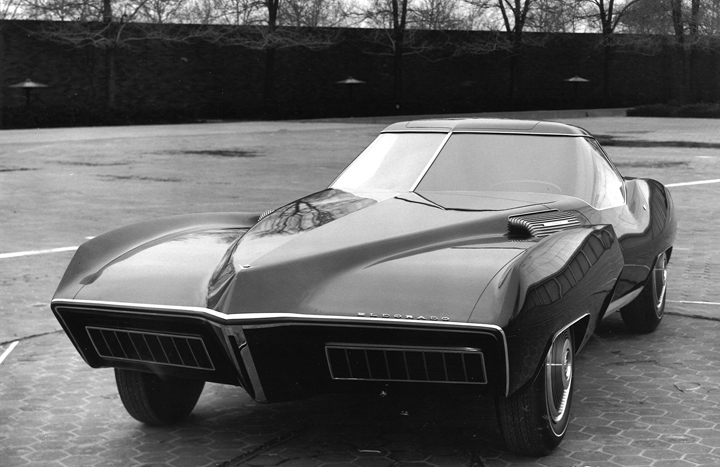 This 1965 full-scale mockup for a Cadillac V16 two-seater was photographed in the GM Design viewing court.

This photo shows the 1965 mockup’s lack of a rear window.

The Cadillac Sixteen concept of 2003 was photographed in the GM Design viewing court almost 40 years after XP-840.

Check out the Cadillac Elmiraj Concept