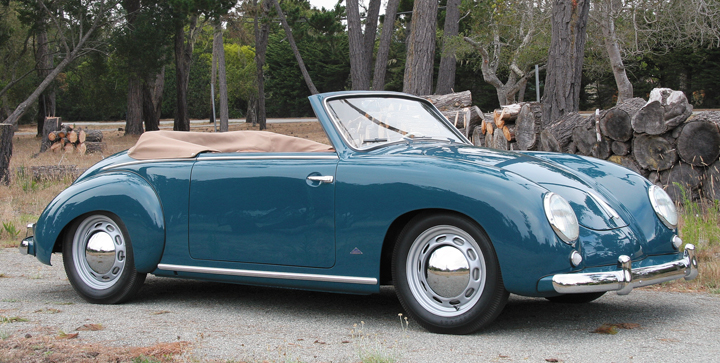 One of only 18 known to stil exist, the coach-built Dannenhauer and Stauss Cabriolet was built around Volkswagen architecture.

Note: This article is reprinted from the June 2014 issue of Collectible Automobile

The automotive world would be a somewhat drearier place if not for the efforts of small “boutique” manufacturers. These tuners and coachbuilders take the familiar and make it special. They may start with somebody else’s car, but where they end up is often fascinating.

That point is made here by Dannenhauer and Stauss, a coachbuilder in Stuttgart, Germany, that put dramatic new bodies with a distinct Porsche flavor on a Volkswagen platform. A veritable handful were ever built between 1951 and 1957—estimates range from 80 to 135—and there are few known survivors. Today they excite a body of in-the-know VW enthusiasts. 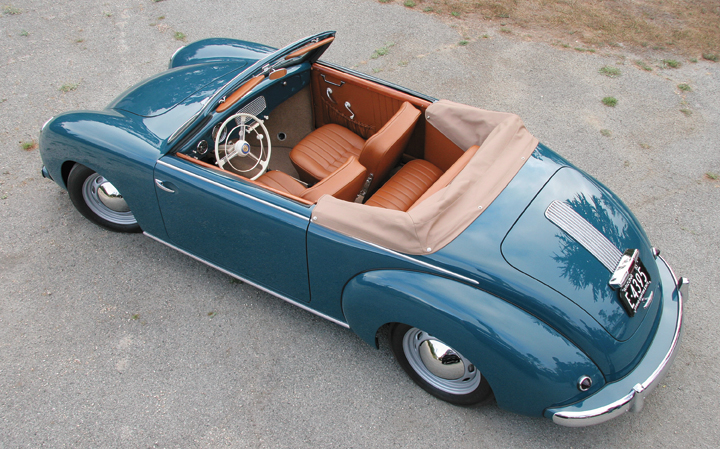 Though it looks like a Porsche, the more practical Dannenhauer and Stauss Cabriolet featured rear seating.

One of them is Richard Christensen, of Prescott, Arizona, who owns the 1953 Dannenhauer and Stauss cabriolet featured here. He paid $50 for its remains in 1991 after it had been washed into a field during a flood. “Nobody knew what it was,” he recalled. But Christensen—who admits to having once had 70 VWs—knew.

Check out all of the ‘Collectible Automobile’ Photo Features here

Dannenhauer and Stauss was established in Stuttgart soon after World War II. (The firm still exists but is no longer involved in the automotive field.) Prior to the war, Gottfried Dannenhauer had worked for Reutter, which built bodies for the prototypes of what would become the Volkswagen Type 1. 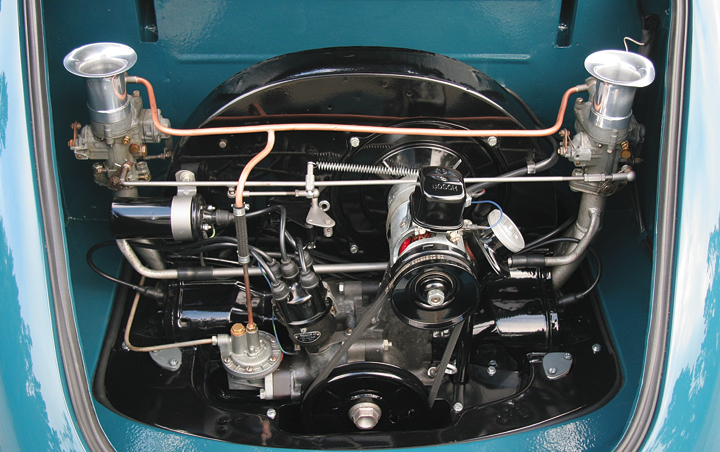 The owner of this car replaced the Volkswagen engine with a 1.5-liter Porsche Super 1500 mill.

Dannenhauer and son Kurt Stauss were anxious to build a distinctive sports car from VW mechanicals, but for its styling they turned to two outside designers with experience in aerodynamics. The manufacturing process was somewhat less technological. Most of each body was pounded out by hand over wooden forms—just the doors, engine cover, and front cargo lid were industrial pressings.

Early cars had a divided windshield, but during ’53 that was changed to single-pane glass. The car was lengthened at both ends and got a Porsche-type grille over the rear engine cover and a Porsche license-plate lamp that also housed the brakelight.

The body was lower than a VW Beetle’s, so the seats were specially made. Leather upholstery, like that found in our feature car, was an option. Interior components borrowed liberally from the VW parts book, which spawned updates. For instance, the ’53s adopted the driver-centered speedometer, central chrome radio grille, and covered glove box.

Dannenhauer and Stauss still exists, but is no longer involved in the automotive field.

Dannenhauer and Stauss cars weren’t necessarily cheap. By one account, the body alone cost about as much as a complete Beetle sedan. Most were convertibles with a well-insulated top, but perhaps fewer than five hardtop coupes were built.

Some say VW’s own sporty-looking Karmann-Ghia squelched demand for D&S cars. Today, 18 are known to exist, 13 of which (including a hardtop) are in drivable condition.

It took until 2006 for Christensen to get his battered and rusted cabrio back to concours condition—and it has attended a few of those in addition to being displayed at Volkswagen shows. Suspension components remain VW, but Christensen replaced the original Beetle “eggbeater” with a 1.5-liter Porsche Super 1500 mill. The Fjord Green car has now gone about 3000 miles since its restoration.