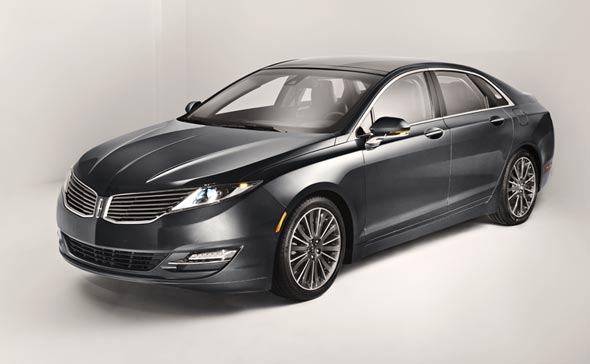 The great: Stylish, inside and out

The not so good: Ride neither plush nor sporty, lack of real character

The Lincoln MKZ is essentially a luxury version of the Ford Fusion, though Lincoln’s designers worked very hard to differentiate it from its mainstream-market sibling. Trouble is, the Aston Martin-inspired styling of the Fusion is pretty dazzling, while many of the MKZ’s aggressive styling touches strike me as simply “different for the sake of being different.” I felt the same way about the MKZ’s gear selector. Instead of a traditional steering-column or console-mounted lever, the MKZ’s transmission controls are push buttons stacked along the driver’s side of the center instrument panel. They’re not really more accessible or easier to use than a traditional gear selector, they’re just… different. The same can also be said of the MyLincoln Touch system, which requires much familiarization to use and isn’t particularly easy to operate while the vehicle is in motion.

The rest of the fashion-forward interior definitely has a dynamic design and a posh feel at first blush, but some of the materials—some hard plastic here, a cheap-feeling button there–come up a bit short when compared to other luxury-brand competitors. Likewise, the MKZ’s ride quality achieves neither the cushy isolation of a top-flight luxury cruiser or the on-its-toes agility of a sports sedan. Naturally, the MKZ is available with a wide range of comfort and convenience features. The available panoramic sunroof stands out the most among them, but I’m not sure it’s worth its almost-$3000 price tag. 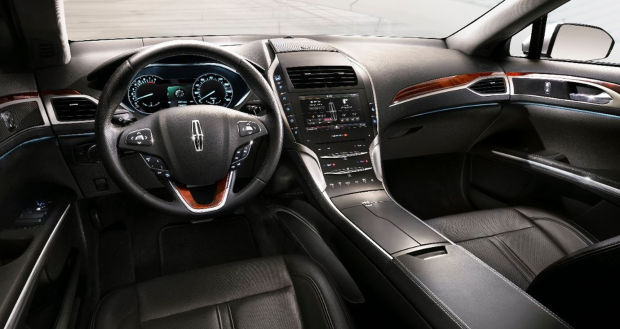 The MKZ’s cabin is inarguably stylish, and mostly comprised of rich-feeling materials.

Our MKZ tester carried a sticker price of $52,110. That number was within spitting distance of a V6-powered Hyundai Genesis test car that we had in the Consumer Guide fleet at the same time. The Genesis is significantly larger, more powerful, and more luxurious inside. It’s a much more convincing luxury vehicle that feels like it’s worth its price.

Not completely embracing the Lincoln MKZ is a complicated business. Indeed, there are several solid reasons for liking the car. The MKZ is good looking, it’s well finished inside, and in 3.7 guise it’s plenty powerful.

Superficially, at least, this is a fine car. Now the complicated part: I don’t know quite what the MKZ is.

MKZ with the 2.0-liter EcoBoost engine

As I write this I am wrapping up a list of notes on the 2014 Buick LaCrosse. At first blush, this big Buick seems pricey, cresting just over the $50,000 line. But that price includes AWD, and about every single available option.

While I am not in Buick’s target demo for the LaCrosse, I completely understand what this car is. The LaCrosse is big, fast, almost silky smooth in ride and operation, and improbably quiet. The big Buick is also boasts a well-appointed, loungelike interior.

I mention the LaCrosse because it is EXACTLY and very successfully what I expect a big Buick to be.

The Lincoln MKZ, though compelling on many levels, is, at best, ambiguously positioned in a crowded segment packed with quality competition.

Disappointingly, the MKZ neither rides nor handles especially well. And while the power generated by the big 3.7-liter V6 is impressive, the overly sporty exhaust note is inconsistent with the car’s otherwise unaggressive nature.

The MKZ’s cabin is a bright spot, however, sporting a clean modern look and fitted with mostly high-quality, well-assembled bits.

To a great extent, the problem here is less about the car than it is about the brand. Lincoln is drifting rudderlessly through the opening years of the new century, desperately in need of purpose and definition.

The MKZ is a good car; it just doesn’t address any luxury-shopper demands as well as, or better than, the competition. It’s not as refined as the Buick LaCrosse, as uncomplicated and cushioning as the Lexus ES 350, or as sporty as the Cadillac ATS or CTS.

Again, I don’t dislike the MKZ, I just…well, it’s complicated.