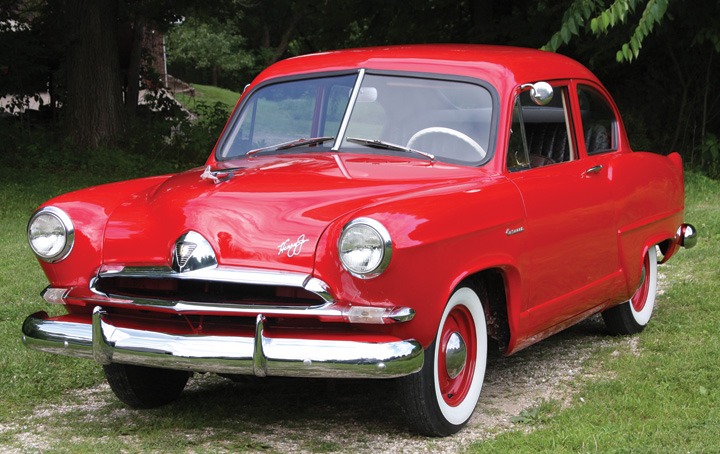 Note: This article is reprinted from the April 2013 issue of Collectible Automobile.

Henry J. Kaiser revolutionized shipbuilding during World War II with his mass-produced Liberty ships. While Kaiser was building ships faster than anyone had ever imagined, he was already planning to shock the auto industry with a postwar “people’s car.” As early as 1942, Kaiser was concocting a front-wheel-drive, fiberglass-bodied car to sell for as little as $400. However, when the 1947 Kaiser took its bow, it was a conventional, medium-price sedan.

The realities of getting a car into production forced Kaiser to abandon his unorthodox ideas, but he never gave up on the idea of creating a people’s car. When a radical design for a tubular-framed economy car was presented to Kaiser, he jumped at it even though his chief engineer said it was impossible. The engineer was right, and production cars were more conventional with a traditional ladder frame. Willys provided engines: a 68-bhp, 134-cid four and an 80-bhp, 161-cid six, both flatheads. The four was Willys’s “Go-Devil” engine that also powered Jeeps. Helped by a curb weight of only 2,293 pounds, the Henry J delivered fuel economy in the mid- to high 20s. 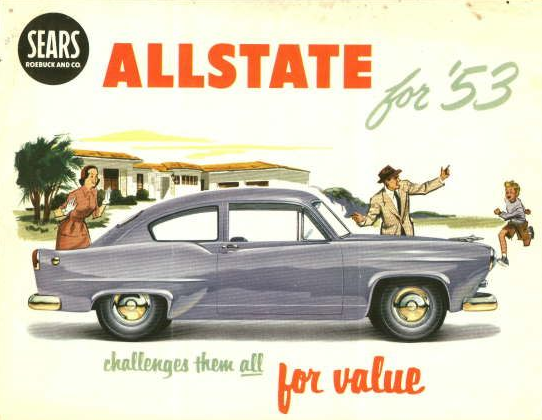 The Henry J was also sold through Sears stores as the Allstate.

Kaiser stylists and consulting designer Howard “Dutch” Darrin didn’t like the fastback body and offered other proposals. Those proposals were rejected, but Darrin was asked to assist the in-house styling team in refining the selected design.

Kaiser-Frazer Corporation ran a name-the-car contest, but that was a PR stunt since the company knew from the beginning the car would be named in honor of the boss. The new compact made its debut in 1951 as the Henry J. Although a separate make, the letter “K” appeared in several places on the car as a reminder that the Henry J was a Kaiser product. Prices started at a reasonable $1,219 for the four and $1,343 for the six.

Road testers of the time thought the car was lively with good handling. Tom McCahill, driving a six, did 0-60 mph in 14.8 seconds and reported a top speed of 84 mph. For comparison, in Motor Trend tests, a ’51 Ford V8 automatic went from 0 to 60 in 17.82 seconds and topped out at 87.25. Henry J’s performance was quite good for an economy car; however, one complaint was that it was too spartan, lacking a glovebox, dome light, and opening trunklid. At first, a folding rear seat was the only access to the trunk. Initial acceptance was good, with nearly 82,000 sold for the 1951 model year, but sales declined rapidly. Nineteen fifty-four would be the last year for Henry J.

Our featured car is a four-cylinder 1953 Henry J Corsair that cost $1,399. (A six-cylinder Corsair DeLuxe was offered at $1,561.) By ’53, glovebox and dome light had become standard. Henry Js also gained an opening trunklid, but the folding rear seat moved to the options list. This car is equipped with the folding seat, as well as an optional passenger-door armrest and bumper guards. Also optional was full “Dinosaur Vinyl” upholstery. Kaiser’s head of color and trim, Carleton Spencer, created this alligator-grain vinyl that proved extremely tough and long wearing.

Jerry Monterastelli of Trivoli, Illinois, has owned this Henry J since 2009 and says it’s a fun car to drive. It handles well, doesn’t wander at highway speeds, has good acceleration, and keeps up with traffic, he says. Thanks to optional overdrive, the Henry J cruises at 55 to 60 mph.

The Henry J had good performance and many other fine features. Too bad America wasn’t ready for compacts in the early ’50s. 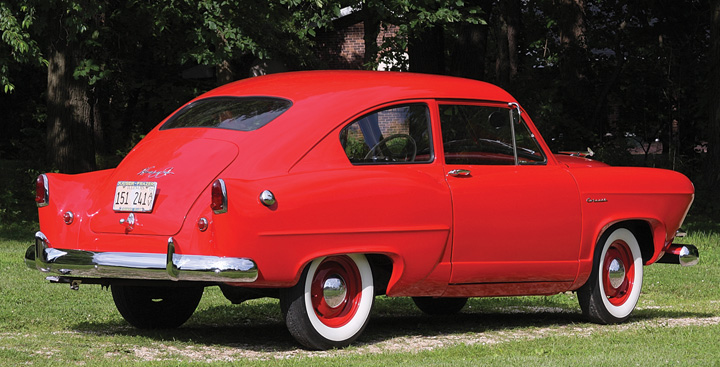 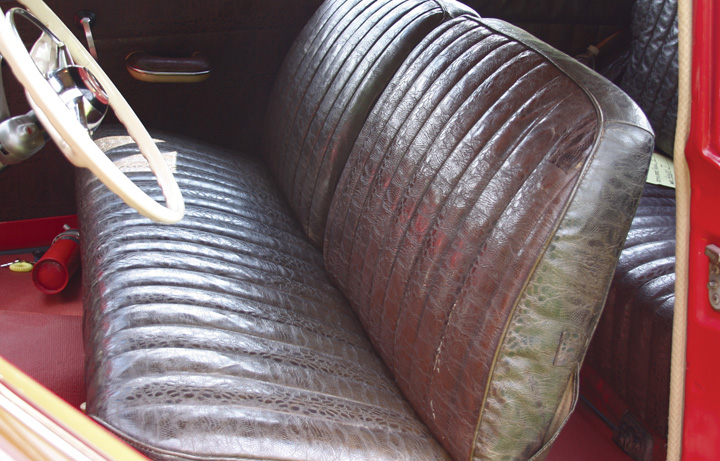