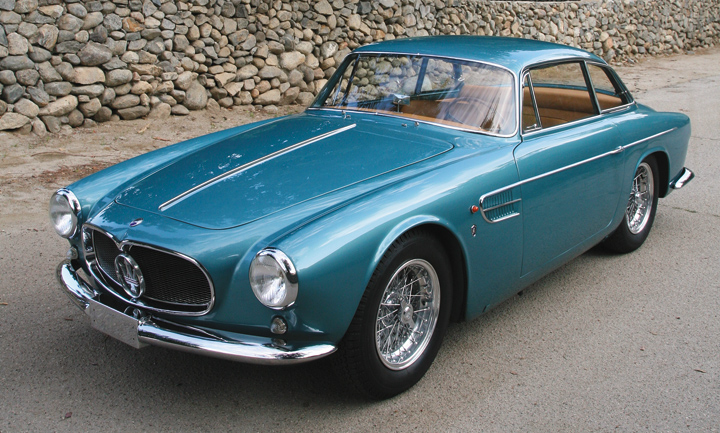 The Maserati A6G 2000GT was introduced to the public at the 1954 Paris Salon.

Note: This article is reprinted from the August 2014 issue of Collectible Automobile

While the Maserati nameplate has been part of the automotive world since the Twenties, the five car-building Maserati brothers initially busied themselves solely with competition machines. It wasn’t until after World War II that the marque’s trident logo appeared on roadgoing grand tourers.

By the mid Fifties, Maserati was starting to hit its stride, as evidenced by the A6G 2000GT coupe that is seen here. The 2000 was the beneficiary of a double-overhead-camshaft six-cylinder engine that greatly enhanced performance. Meanwhile, a number of Italy’s leading coachbuilders contributed lovely body designs. Among them was the shop of Allemano from Turin, which fashioned the body of the featured car. 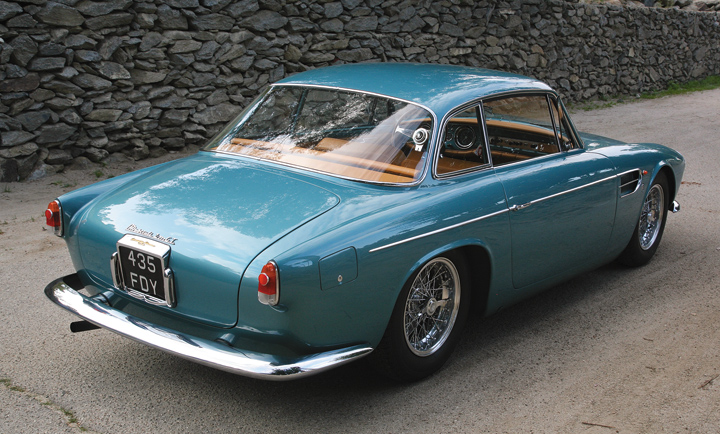 The featured Maserati’s body was fashioned by Allemano, a Turin coachbuilder.

The Maserati on these pages wasn’t actually the handiwork of any of the Maserati brothers. In 1938, they sold out to industrialist Adolfo Orsi, who moved the operation from the Maseratis’ native Bologna to Modena. When their service contract with Orsi expired at the end of 1947, the three surviving brothers moved on to form OSCA—the Maserati name remained the property of their former employer. 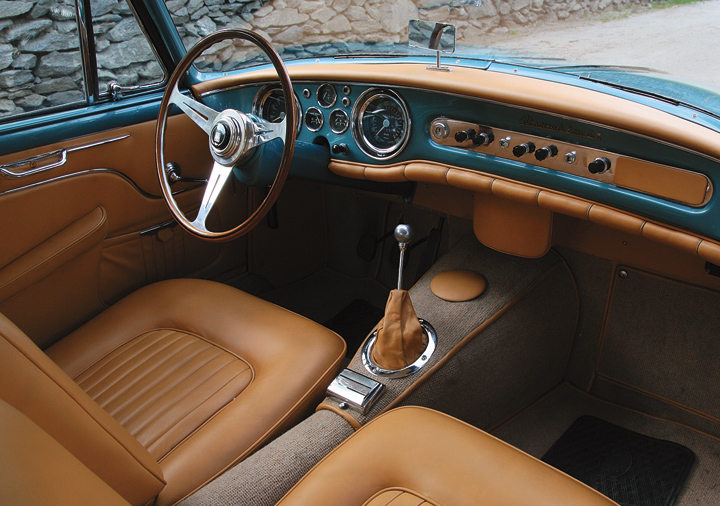 Shortly before their departure, though, Ernesto Maserati had worked up a roadable 1.5-liter ohc six-cylinder sports car, the A6. The Orsi-controlled Maserati works put 65-bhp two-seat A6 coupes and convertibles on sale in 1948. Three years later, a 2.0-liter ohc six was fitted into a second-generation car known as the A6G. It made 100 horsepower. Produced by the handful into 1954, it enjoyed the attentions of coachbuilders Frua, Farina, Vignale, Ghia, and Bertone. 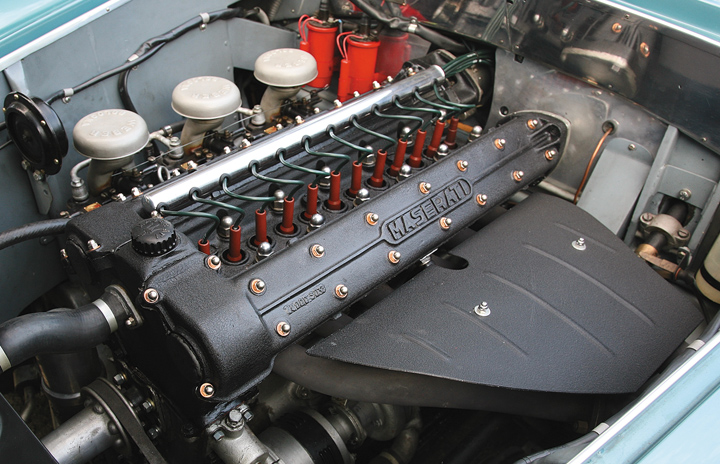 It was at the 1954 Paris Salon that Maserati first showed the next evolution of the A6, the A6G 2000. Its distinguishing technical feature was an engine that, while still a 2.0-liter and fed by triple Weber carburetors, was completely different from its predecessor.

For starters, it was a dohc design. Where the prior model’s cylinder dimensions were undersquare, the 2000’s were oversquare (and displacement was 31cc greater). Except for the first couple of 2000s built, the new model featured twin ignition—the timing of which could be adjusted by the driver from inside the car. The compression ratio was raised slightly to an even 8.0:1, too. With 150 bhp at 6000 rpm, it moved this latest A6G to 60 mph in 10 seconds; top speed was said to be about 130 mph. 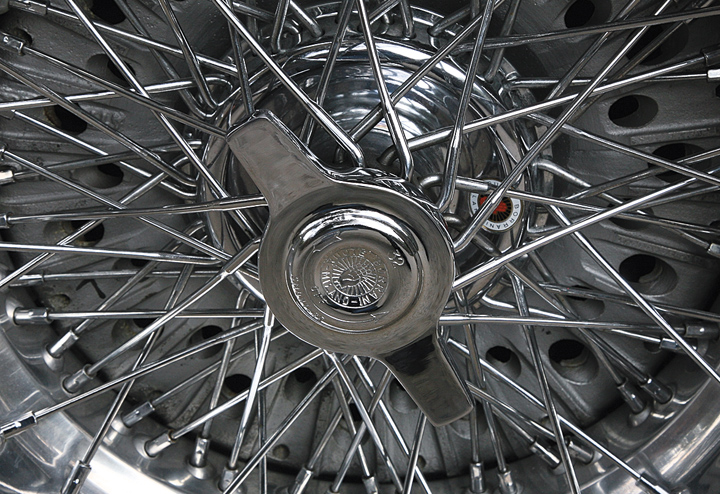 Like earlier A6s, the 2000 utilized a four-speed transmission, recirculating-ball steering, and hydraulic drum brakes all around. Independent coil-spring suspension in front and a solid rear axle with leaf springs were continued, as was the 100.4-inch wheelbase, but wider 6.00x16 tires now wrapped around the Borrani wire wheels. Body-on-tubular-frame construction was another carryover feature.

Regardless of which carrozzeria handled the styling, the 2000 had a lower, wider interpretation of the divided Maserati grille. Just 60 examples of the A6G 2000 were built through 1957. Jonathan Segal of San Diego owns one of the 21 Allemano-bodied coupes produced during that run.