Note: This article is reprinted from the February 2013 issue of Collectible Automobile.

The 1959 Mercury should have been more popular. Redesigned for the second time in three years, Ford Motor Company’s medium-price mainstay offered the biggest, smoothest, roomiest cars in its 20-year history, plus better handling, new features, and arguably nicer styling. Yet for all that, Mercury sales skidded to a decade low of just less than 150,000. In the segment, only Chrysler, DeSoto, and ill-starred Edsel fared worse.

What happened? Basically General Motors, whose rival Buick, Oldsmobile, and Pontiac lines were unexpectedly redesigned—and in dramatic fashion. Though all three improved on their mediocre ’58 sales, the handsome Wide-Track Pontiac was the big winner, jumping from sixth to fourth in the industry race on substantially higher volume of nearly 383,000 units. Mercury, meanwhile, slipped a notch to ninth.

Even so, the ’59 “Big M” had much to recommend it. For starters, it was four inches longer, four inches wider, and three to four inches longer in wheelbase, increases made so the powertrain could sit lower and further forward in a “cowbelly” frame with siderails spread further apart. These changes resulted in a cavernous “Space-Planned” interior with a lower center tunnel, much-improved foot room, and easier entry/exit. The revised frame also allowed wider tracks for better cornering stability. Compound-curve “Panoramic Skylight” windshields enhanced the airy interior feel. So did a new slim-section dashboard with gauges and controls grouped ahead of the driver. Styling was crisper and more conservative, with pie-wedge taillamps and large, rocket-shaped bodyside sculpting the only holdovers from the “dream car” spaciness of 1957-58.

Sensibly, Mercury dropped its slow-selling low-end Medalist and gaudy Turnpike Cruiser models for ’59, leaving Monterey, Montclair, and luxury Park Lane hardtops, sedans, and convertibles, plus four station wagons, again with pillarless hardtop styling. Colony Park remained the top-line wagon, trimmed and equipped to roughly Montclair level and distinguished by pseudo-wood body paneling. Engines again comprised 312- and 383-cid V8s, plus a Lincoln 430 as standard and exclusive to Park Lane. All were detuned for slightly better fuel economy after the 1957-58 recession had many buyers grumbling about gas guzzlers. Automatic transmission remained mandatory, but the usual three-speed Merc-O-Matic could be newly upgraded to a more-flexible dual-range Multi-Drive unit. Both automatics were controlled by a conventional steering-column lever instead of pushbuttons, another retreat from “dream car” gimmickry.

Our featured Colony Park is one of only 5,929 built, but is surely much rarer for being a pristine original. It runs the standard 322-bhp 383 V8 and is optioned with a power tailgate window and Mercury’s new-for-’59 front-facing third-row seat. Owner Joe Carfagna of Mendham, New Jersey, says the car was purchased new by a Mercury dealer mechanic, who kept it until 1979. It then passed to someone who bought it as a work vehicle, but decided it was too nice for that and used it “sparingly” until Joe found it in 2002. Some people—and cars—are just so lucky. 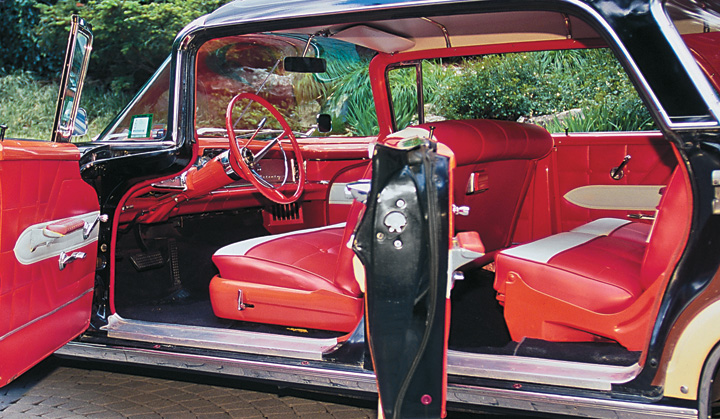 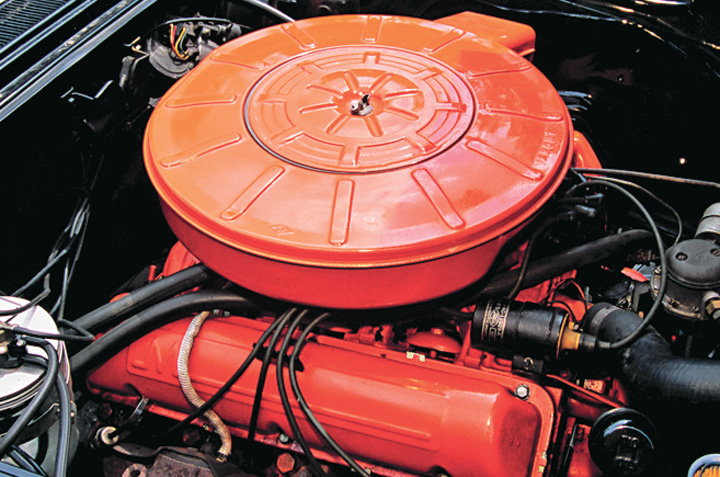