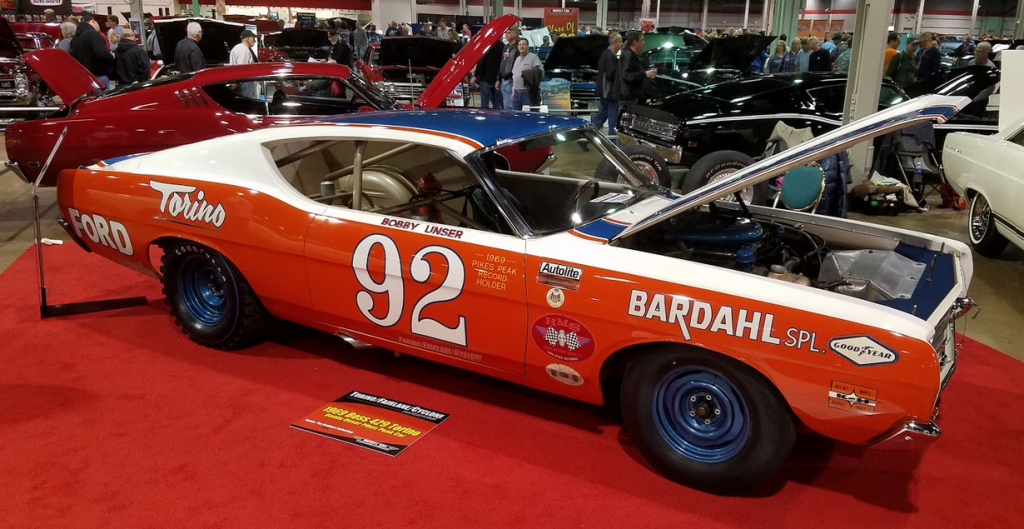 One of the spotlight cars at this year’s show was Bobby Unser’s Boss-429-powered 1969 Torino race car, which was purpose-built by Holman-Moody, Bill Stroppe, and Smokey Yunick to set Pikes Peak records, which it did. Ever seen Goodyear Blue Streak dirt tires before?

The weekend before Thanksgiving is a great time to be in the Chicagoland area if you’re a car guy, because that’s when the Muscle Car and Corvette Nationals rolls through town. The 2016 edition of MCACN took over the Donald E. Stephens Convention Center in Rosemont, Illinois, last weekend, bringing with it a bevy of amazing all-American machinery.

The expected array of muscle-car favorites—Camaros, ‘Cudas, Challengers, Chargers, Chevelles, Road Runners, GTOs, and the like—were naturally out in force, and the show staff always finds plenty of best-of-the-best examples. But MCACN is also a great show for automotive “deep cuts” —eclectic, off-the-beaten-path rarities that you’ll seldom see at a typical car show. In fact, our only quibble with the Muscle Car and Corvette Nationals is that the show’s name doesn’t come close to conveying the full range of star-spangled automotive history (and just plain neat old stuff) you’ll find there.

Check out just a few examples in our gallery below: 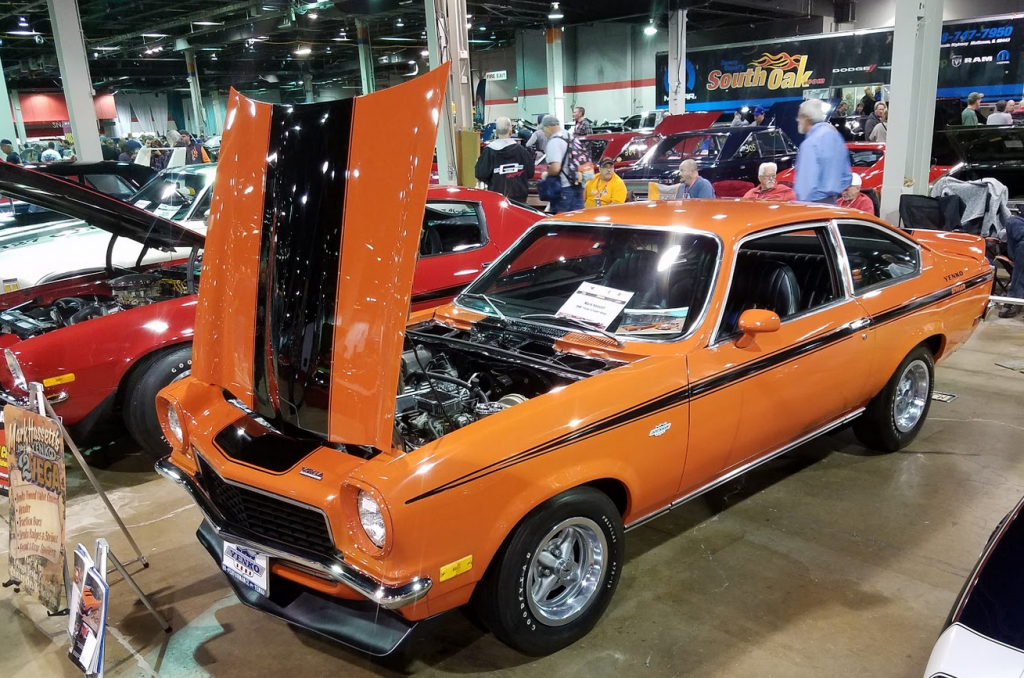 Did you know the famed Yenko Chevrolet dealership also sold hopped-up Vegas in addition to its better-known Camaros and Chevelles? This ’72 has traction bars, Yenko finned valve covers, and an exhaust header in addition to the spoilers and stripes. 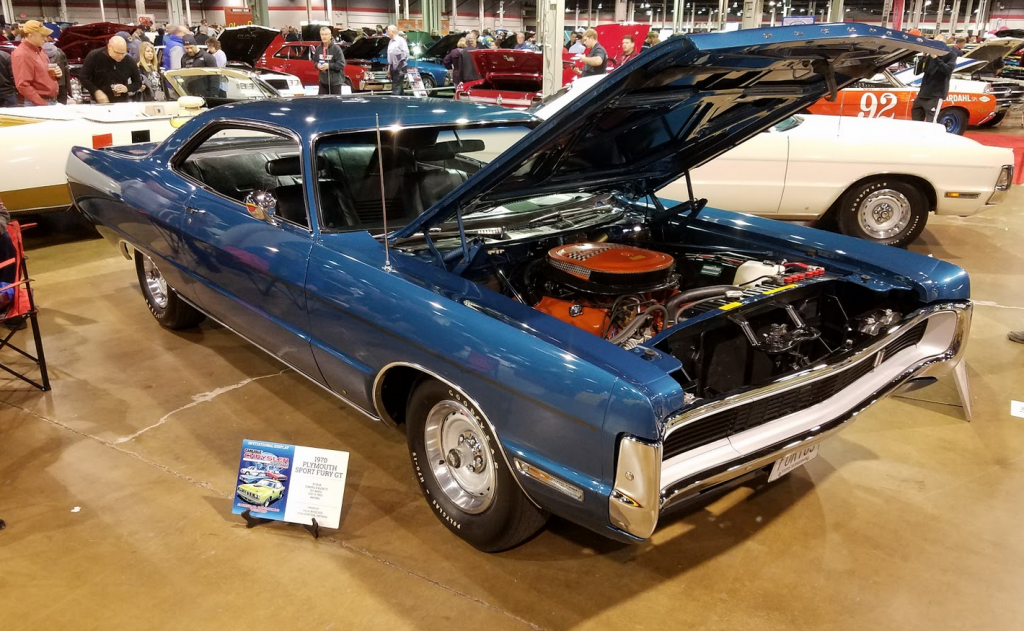 I don’t think I’ve ever seen a pristine 1970 Plymouth Sport Fury GT in person before, and the 2016 MCACN show had two of them parked side by side—both with period-correct H70-15 Goodyear Polyglas tires. The blue one is rarer still—it packs the “440+6” six-barrel 440. 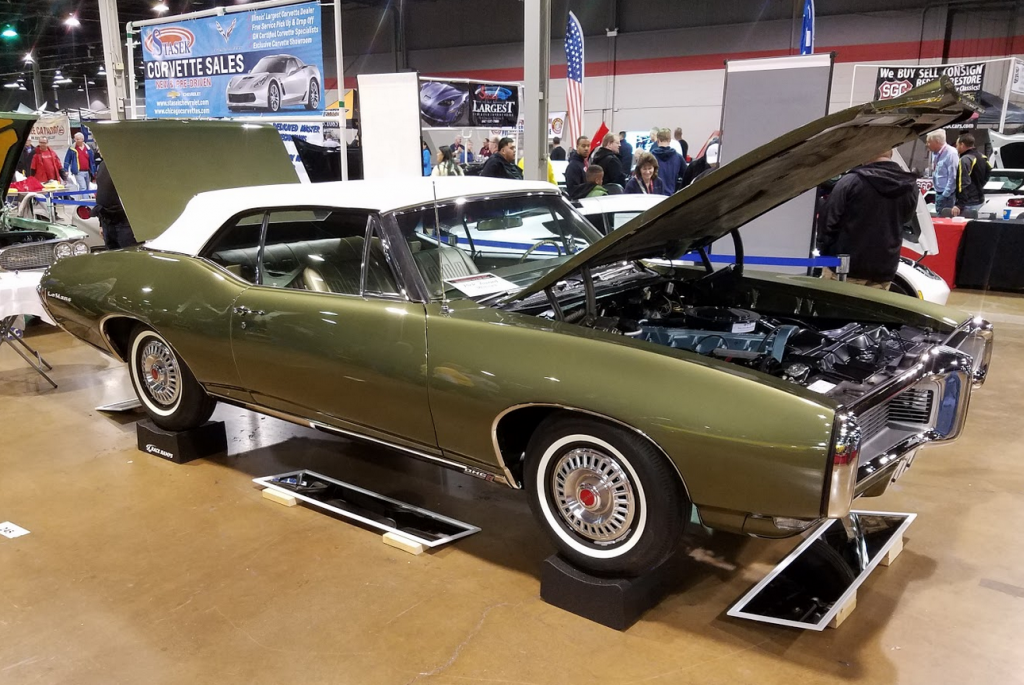 Everybody loves GTOs, but… everybody has seen plenty of GTOs. How about a perfectly restored Verdoro Green 1968 Pontiac LeMans convertible powered by an overhead-cam six-cylinder instead? 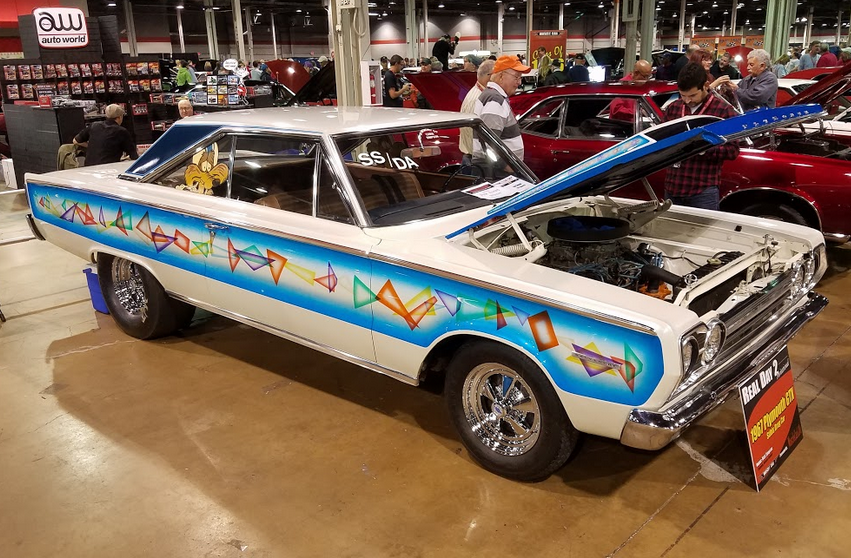 Far out, man! This psychedelically painted, Hemi-powered 1967 Plymouth GTX was part of the “day 2” display area, which featured cars with vintage aftermarket parts (the kind of goodies that were added on “day 2” after taking the car home from the dealer back in the day) and other preserved, period-correct modifications. 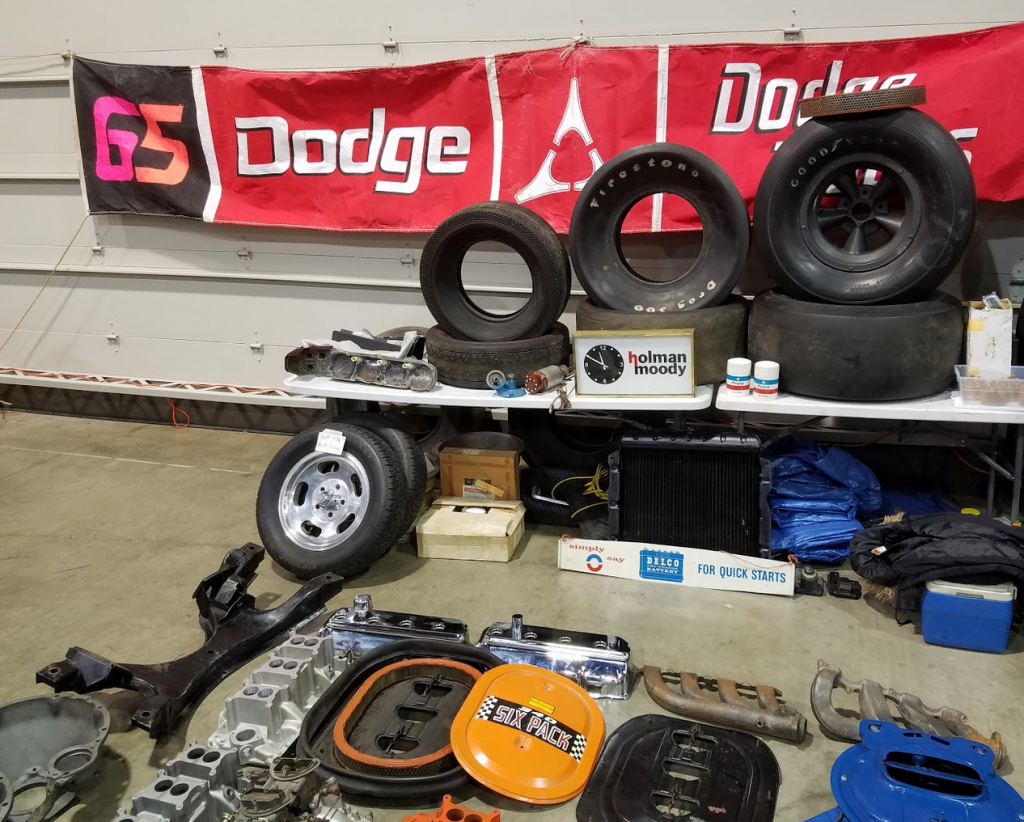 Even the swap-meet vendors have great stuff. I didn’t inquire what the asking price was on the Holman-Moody clock, because it might have ended up following me home. 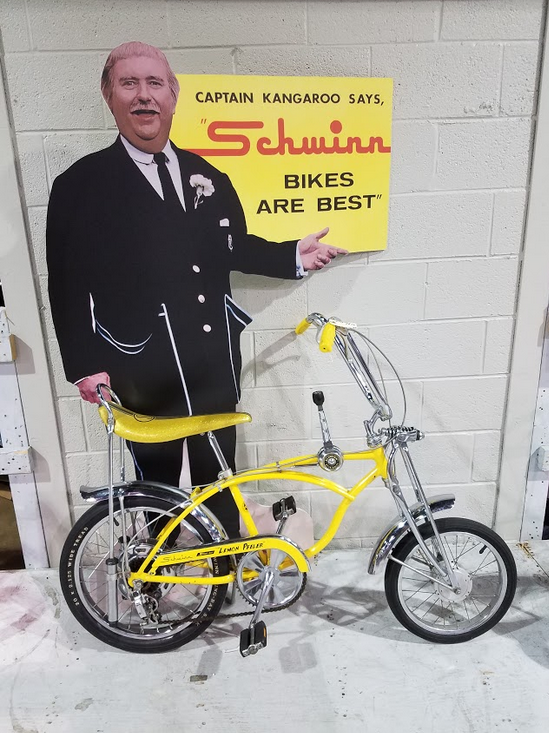 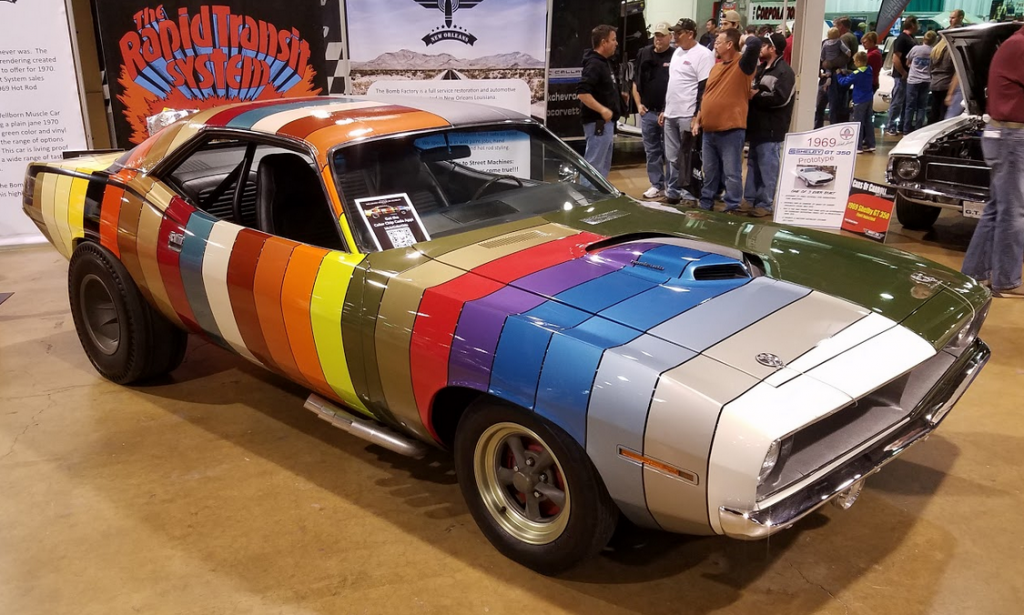 Another main attraction this year was the “paint-chip” 1970 Plymouth ‘Cuda, which brings a memorable color-chart illustration from the 1970 Plymouth Rapid Transit System brochure to life. The driver’s side of the car is restored to stock condition; the passenger side wears 25 of the ‘Cuda’s available colors for 1970, along with mag wheels and wild zoomie pipes. 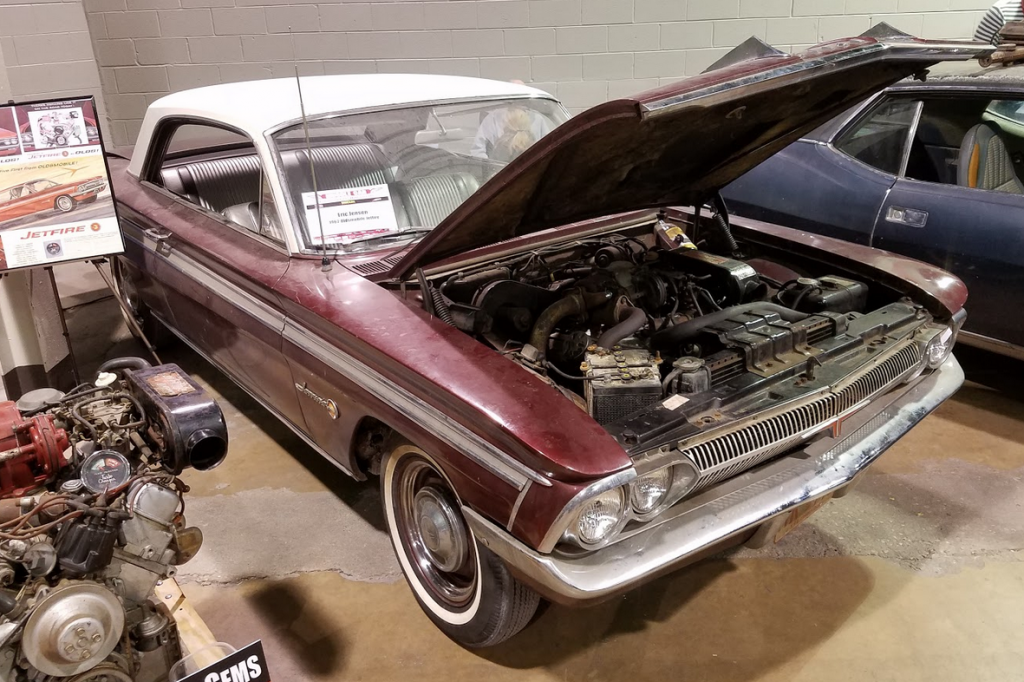 MCACN’s “barn-find” display area always turns up some dusty, crusty treasures that have recently been pulled out of storage. Here’s a solid 1962 Oldsmobile F-85 Jetfire—one of GM’s first turbocharged vehicles—complete with an extra engine. 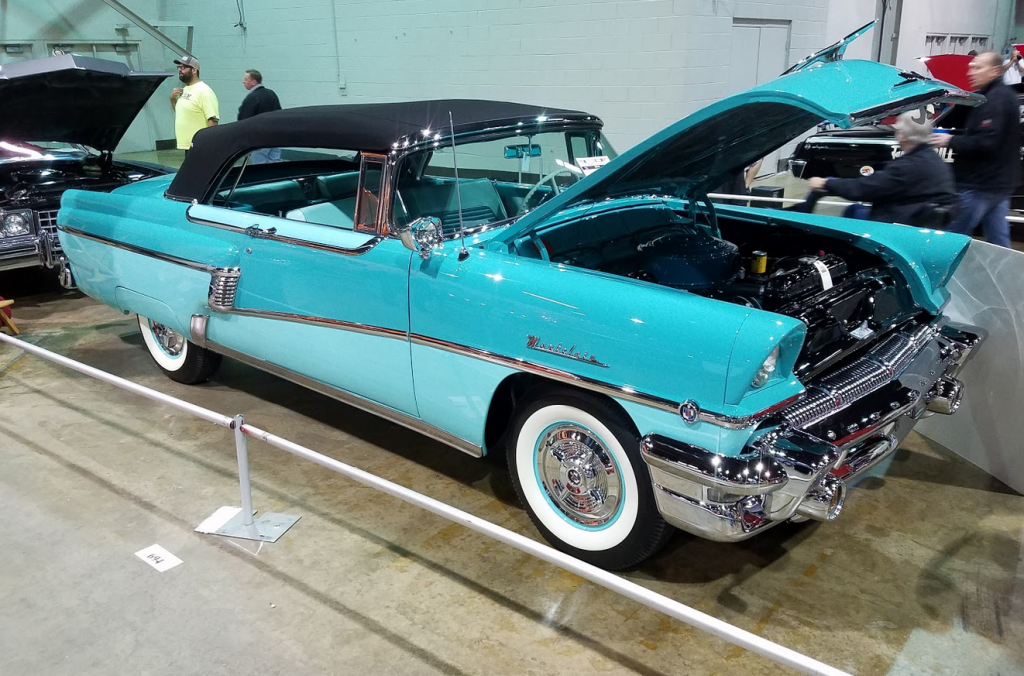 This Verona Green over Heath Green 1956 Mercury Montclair convertible looks better now than it likely did when it rolled off the assembly line 60 years ago, thanks to an incredible, concours-quality restoration. 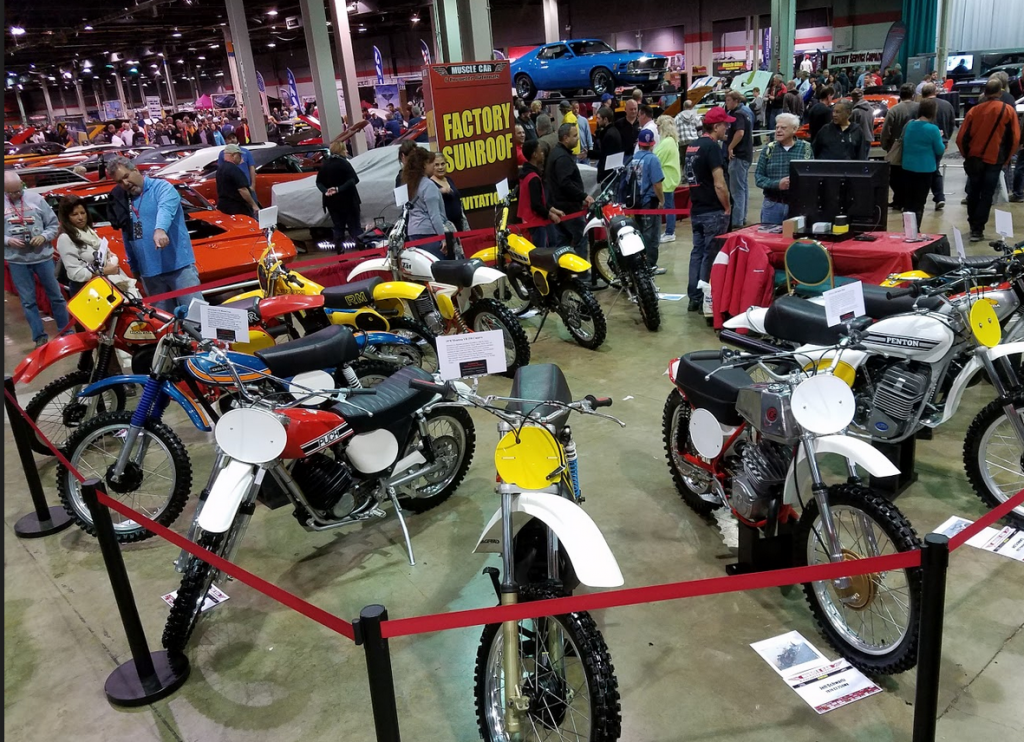 An amazing collection of immaculate 1960s and ‘70s dirt bikes was on display, courtesy of the Schwartz Motocross History Museum in Bull Valley, Illinois.