The Oldsmobile Cutlass Ciera pictured here was charged with tasks no single vehicle should ever be asked to undertake. First, as a Ciera, this midsize sedan was expected to replace the defect- and recall-plagued Omega in the minds of Oldsmobile shoppers—a daunting project. This particular car was additionally handicapped by being equipped with a General Motors diesel engine.

By this time, GM’s diesel woes were well known, and despite the fact that the 4.3-liter V6 oil-burner seen here was but a distant relative of the head-gasket-blowing 5.7-liter mill that would poison Americans against diesels for decades to come, buyers would ultimately turn a jaundiced eye against it.

Still, in gasoline-fueled form, the Ciera and its chassis mates—the Buick Century, Chevrolet Celebrity, and Pontiac 6000—would go on to find millions of shoppers. Modern-feeling for the day, these stalwarts of mainstream motoring would soldier dutifully on until their styling conservatism would be challenged mightily by the likes of the Ford Taurus and Mercury Sable.

Here in the Chicago suburb of Lincolnwood, we still see the occasional Ciera on the road, typically in light blue, and usually in suspiciously good condition. Odds are, however, the car isn’t sporting a diesel engine. 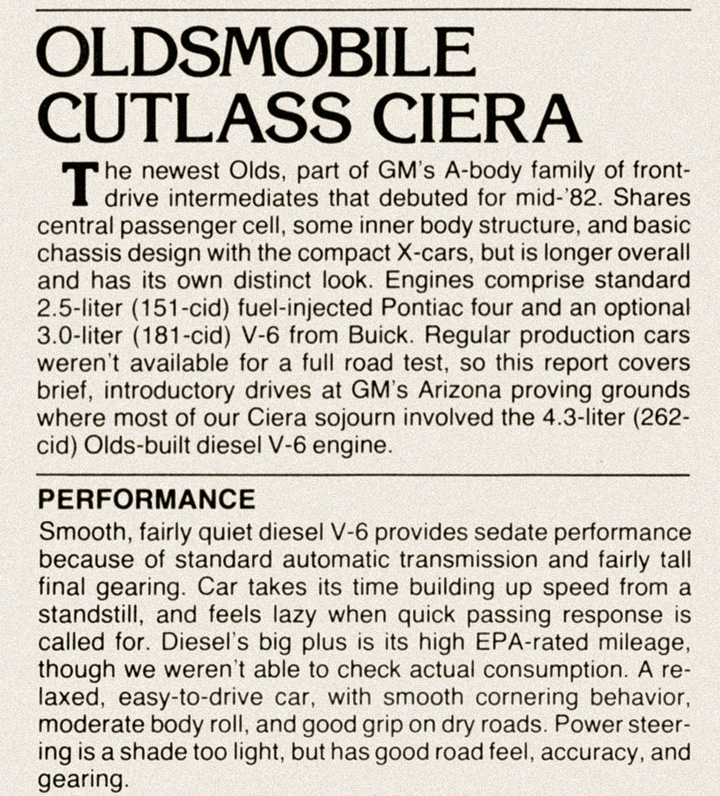 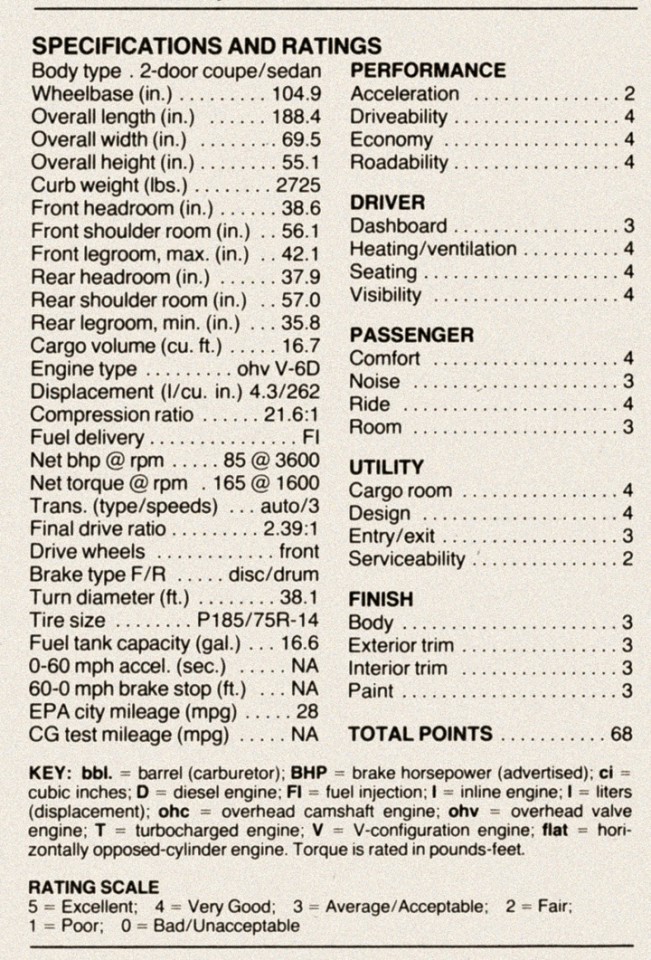