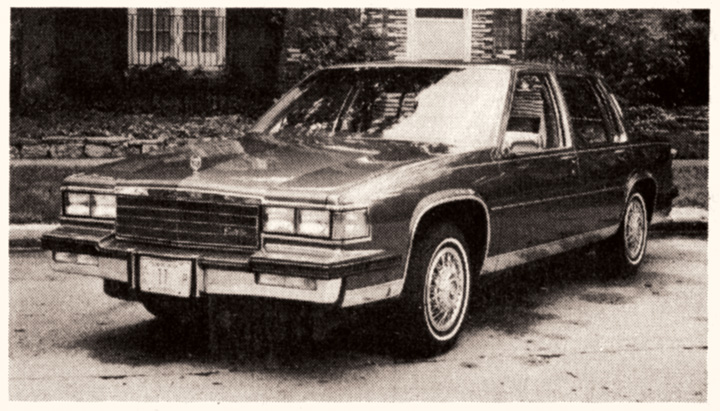 Question: What’s 26 inches shorter and about 600 pounds lighter than Cadillac’s big sedan? If this were 1985, the answer would have been, “Cadillac’s other big sedan.”

It was in ’85 that Caddy fully committed to the torrent of downsizing that was sweeping through American-brand showrooms. By moving the DeVille and Fleetwood nameplates to a new, much tidier, front-drive platform, Cadillac tacitly acknowledged that the market had moved and it had to move with it.

Hedging its bets, Cadillac sold the old rear-drive sedan alongside the smaller car for a while, dubbing it Fleetwood Brougham. Brougham, in this case, was used is lieu of “large.”

Perhaps more important from a marketing perspective was the real-world improvement in fuel economy. Consumer Guide testers squeezed just 14.8 mpg from the Brougham while eking out a more Reagan-era appropriate 16.7 mpg from the new, smaller car.

The trimmer big Caddy had a solid first year of sales, finding almost 140,000 buyers. Not to be ignored, the Brougham did nicely as well, registering 55,000 sales, roughly 3,000 of which were coupes.