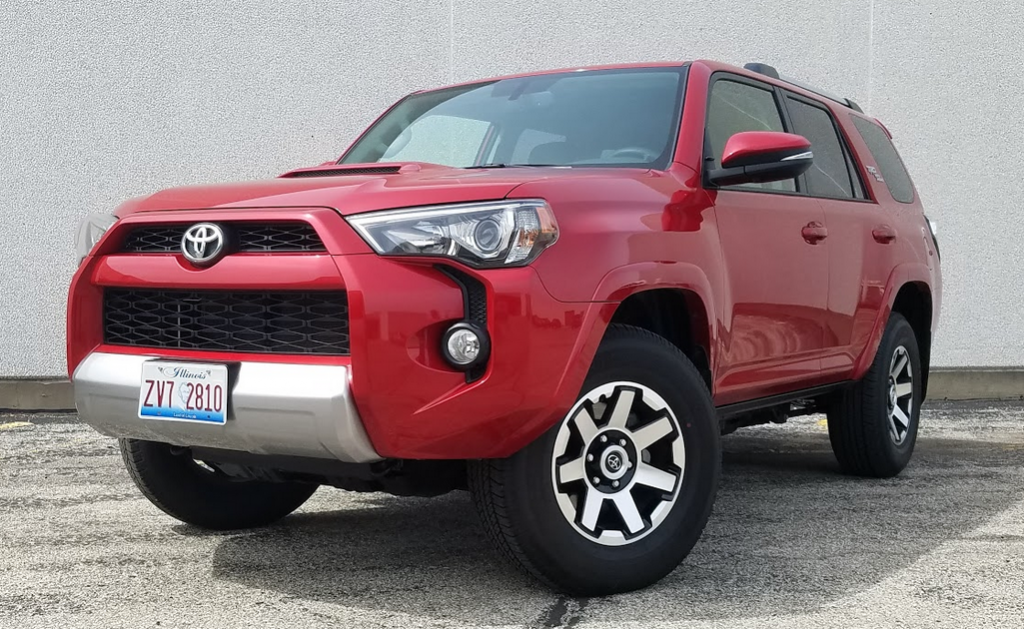 You can tell when a once-specialized vehicle type has become a mass-market darling. It’s when manufacturers have to add versions that pointedly call attention to what the vehicle was supposed to be in the first place.

Think of big pickup trucks. In a market where it’s now way too easy to find a $50,000-plus truck with a luxury-car interior, every imaginable tech and comfort feature, and big polished-alloy wheels, manufacturers have had to add “Work Truck” or “Work Special” models. That wasn’t necessary in, say, 1960 when the mere fact of being a pickup meant it was a work truck. What else was anybody going to do with one? 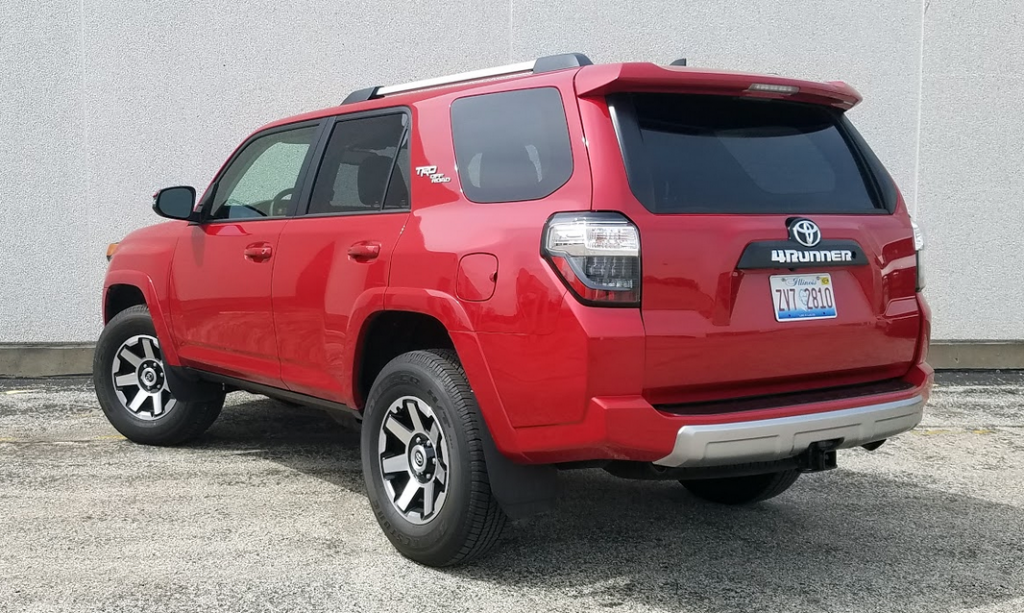 More pertinent to this review is the Toyota 4Runner TRD Off-Road (TRD stands for Toyota Racing Development). It seems like an odd thing to call a sport-utility vehicle until you consider how many carlike crossovers and luxury SUVs there are, some of which rarely touch an unpaved road let alone tackle the real boondocks. Once upon a time anything that looked like a sport ute had the benefit of the doubt that it was designed to reach out-of-the-way places. Now, though, it can’t hurt to call one the Off-Road as a reminder that somebody still builds them to go there.

Interior materials are high quality and solidly assembled, and the red contrast stitching and SofTex synthetic leather upholstery add a bit of pizzazz. Passenger room is good for most adults in both the front and rear seats, though the high floor gives the 4Runner’s interior a “shallower” feel than most modern crossover SUVs.

The TRD Off-Road comes in two equipment levels, base and Premium, and it was a Premium that Consumer Guide® editors tested. At $39,295 to start it’s almost smack-dab at the center of the overall 4Runner price spread. The things that make a Premium what its name suggests are a navigation system integrated with the Entune audio system, Entune app suite, SofTex-upholstered seats, heated front seats, “TRD” identification stitched in red on the front-seat headrests, HomeLink universal transceiver, and an automatically dimming rearview mirror.

The 4Runner uses body-on-frame construction, which makes it unique among midsize SUVs from popularly priced brands. Everything else is a unit-body crossover with more carlike driving dynamics. Some 4Runners have three rows of seating for seven passengers but TRD Off-Roads are restricted to five seats.

TRD Off-Road 4Runners aren’t available with a third-row seat, but our tester was equipped with the $350 sliding rear cargo deck, which can be pulled out a little over a foot to make loading and unloading easier. With the sliding deck, cargo volume is 46.3 cubic feet behind the second-row seats and 88.8 cubic feet with the second row folded.

Essentially unchanged for 2017, the 4Runner continues with a 270-horsepower 4.0-liter V6 and 5-speed automatic transmission as its sole powerteam. With 278 lb-ft of torque from the engine, it leaves the line with a modicum of authority, and cruises comfortably on the expressway. Just don’t expect fireworks. Determined acceleration comes with some engine noise.

As for fuel economy, that will be somewhat subdued, too. EPA estimates are a middling 17 mpg in the city, 20 on the highway, and 18 combined. This reviewer saw 18.8 mpg after a 174-mile stint composed of 50 percent city-style driving. 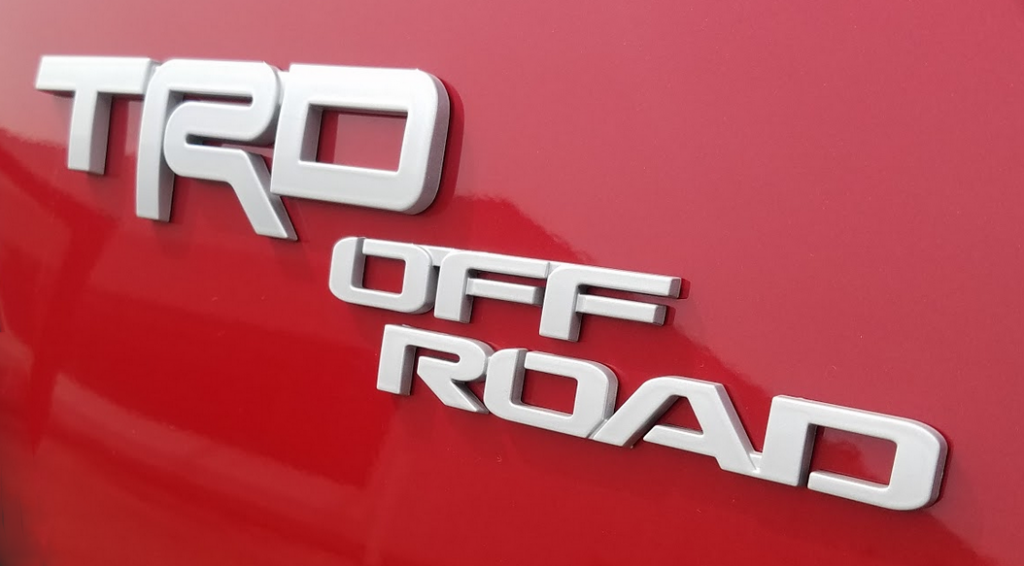 The TRD Off-Road’s pavement-eschewing bona fides include a part-time 4-wheel-drive system with active traction control, a locking rear differential, terrain settings, crawl control, and hill-start assist. (A Kinetic Dynamic Suspension System that adjusts to improve wheel articulation is an option.) Skid plates protect the underbellies of vulnerable mechanical components, and the whole business rides on 17-inch alloy wheels wrapped in 265/70R17 mud-and-snow tires. The Off-Road models have more advantageous approach angles and .6 of an inch of added ground clearance compared to other 4Runners. Ride and handling are stiffer and heavier, respectively, than folks may have gotten used to driving crossovers. Road bumps make themselves felt, and there’s some tippiness in cornering. Step-in is higher than in more “civilized” sport utes, and might pose shorter or less-mobile passengers some entry and exit problems.

Those who do make it up into the cabin of a Premium will find a generally comfortable environment. Soft-touch materials cover the top of the dash and much of the door panels. Drivers grip a leather-covered tilt/telescoping steering wheel. Seats are supportive. Legroom is good in front, a little less so (but not cramped) in back. Three adults might squeeze in across the rear seat, abetted by a low, flat driveline tunnel that would allow a middle passenger to rest his or her feet upon it. Headroom is good in both rows—though CG’s test truck did not have the optional sunroof that costs some overhead space.

Amenities include a good-sized glove box and a generous covered console box with built-in coin, tissue, and pen holders; storage pouches on the backs of the front seats; door pockets with bottle holders; and exposed cup holders in the console and pull-down rear-center armrest. Most climate-system settings are conveniently managed via large dials. Audio, navigation, and app displays show up on a 6.1-inch color touchscreen. Simple audio tuning is accomplished with separate dials. There are a couple of control oddities: Power-window and mirror switches sit high on the top surface of the driver’s door, and the terrain-management controls are in a small console at the forward portion of the roof. At least the latter are easy to reach.

There aren’t many options available for the TRD Off-Road Premium but the one CG sampled had a very convenient add-on: a sliding cargo floor that extends out over the bumper, reducing the need to reach far into the vehicle when loading. The sliding panel also exposes some small-item space that is covered securely when the floor is pushed back into place. When the rear seat cushions are pivoted forward, the seat backs (which are divided 60/40) fold absolutely flat to open up an expansive cargo hold.

The 4Runner TRD will be a different driving experience for anyone who has come into the SUV market during the rise of the crossover. People who have some regular need to go where the highway doesn’t will think that’s the way things ought to be.

The 4Runner is one of the few remaining “old school” body-on-frame midsize SUVs on the market. Its generous, off-road-friendly ground clearance and optimal approach and departure angles are apparent in the profile view.