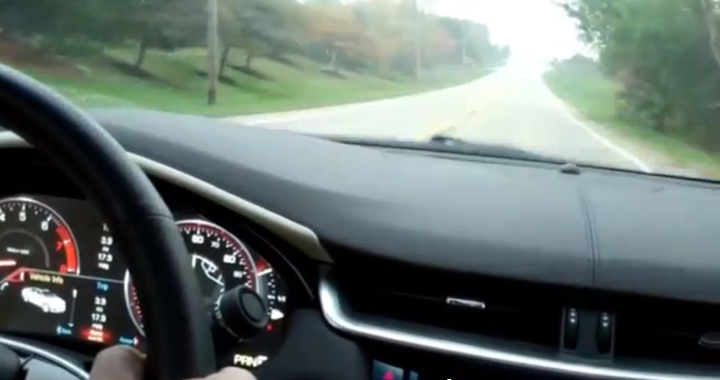 Steve and Johnnie test drive a Cadillac XTS on a suburban Chicago road.