A new 2013 Volkswagen Jetta Hybrid is caught in what will likely be a rare pose: pulled up to a gas pump. And not only because the gas pump in question is part of the collection at the Classical Gas Museum in Embudo, New Mexico.

Not many car companies are foolish enough to hold a press preview at 7,000 feet. But that’s exactly what Volkswagen did when it introduced the new 2013 Jetta Hybrid near Santa Fe, New Mexico.

At sea level, the air you breathe contains only about 20 percent oxygen. The rest is mostly nitrogen, which really doesn’t do you any good and only serves to take up space. Same for the engine in a car. It’s only the oxygen that—when mixed with fuel—creates power, so the less oxygen in the air, the less power the engine can make. At least usually.

This is notable because, as you climb in elevation, the percent of oxygen in the air decreases—what sometimes is referred to as the air “getting thinner.” That makes it harder to breathe, both for you and your car. In the case of the latter, there’s a loss of about 3 percent of power for every 1,000 feet of elevation, so driving at 7,000 feet means the engine is down more than 20 percent in horsepower. That’s almost never a good thing . . . except maybe if your teenager steals the keys to your Viper.

And that’s why this wasn’t a foolish move on Volkswagen’s part.

Powering the Jetta Hybrid is a turbocharged 1.4-liter 4-cylinder engine—the smallest offered by VW in this country—in concert with an electric motor. The combination is good for 170 horsepower, a figure that doesn’t change much with altitude. That was perhaps Volkswagen’s point; any other hybrid currently sold in the U.S. would be down on power—and fuel economy—at the heights at which we were driving, as the Jetta is the only hybrid offered with a turbocharged engine.

Speaking of fuel economy, the Jetta Hybrid had not yet been awarded EPA fuel-economy estimates at the time of the preview, but VW indicated that the combined figure (city and highway) should be about 45 mpg. And indeed, our test car’s trip computer showed us at 46.1 mpg after a fairly long drive in mostly hilly country that included elevations past 8,000 feet. While that’s about 4 mpg less than what we’ve averaged in Toyota Prius test vehicles around our Chicago offices, it’s about 10 mpg more than what we’ve gotten in sedans such as the Kia Optima Hybrid and last-generation Ford Fusion Hybrid. (The Fusion is redesigned for 2013, and the hybrid version gets substantially better EPA fuel-economy figures than the outgoing model, but we have not yet had the opportunity to test one.)

In terms of driving dynamics, the Jetta Hybrid gets high marks, if not quite the highest ones. Chassis composure is on par with “normal” Jettas—which is to say, really good—but the powertrain isn’t the most responsive.

On the positive side, there’s plenty of power on tap to keep up with everyday traffic and then some; VW claims a 0-60-mph dash of 8.6 seconds, which is more than a second quicker than a Toyota Prius. It’s only in highway-speed passing that the Jetta Hybrid could use a bit more oomph, though it’s easily on par with most 4-cylinder sedans of this size.

Where it falls down somewhat is in tip-in throttle response (when you’re cruising along and then press down on the throttle for more power). Regardless of speed and whether the throttle is pressed partway down or slammed to the floor, it usually takes a moment before the car reacts to the prodding. We suspect it’s due more to the Hybrid’s new 7-speed automated-manual transmission hesitating to kick down to a lower gear than to the hybrid power combination. Although the 7-speed version is new, we’ve noticed a similar “lag time” in 6-speed variants used in VW’s diesel-powered cars.

Which brings up a good comparison. The Jetta is one of only three vehicles offered in the U.S. in both diesel and hybrid versions, the other two being the big Mercedes S-Class sedan and VW’s own Touareg midsize SUV. In both of those other vehicles, the combined EPA figure is higher for the diesel versions, primarily due to much better highway numbers. That probably won’t be the case with the Jetta. The Jetta TDI diesel has a combined EPA rating of 34 mpg (and remember, that’s on more-expensive diesel fuel), which will likely be about 10 mpg lower than the hybrid, which runs on gasoline.

That fuel-cost savings has to be balanced against the difference in list prices—which favors the diesel—but some quick math tells us that the hybrid could make that up in a couple years of driving. Equipment levels differ slightly, but while the TDI with automated-manual transmission starts at $24,090 ($22,990 with the standard 6-speed manual transmission), the Hybrid—which comes standard with the automated manual—starts at $24,995. That’s a $905 difference. But while driving 25,000 miles at 34 mpg on $4-a-gallon diesel fuel would cost about $2,941, driving the same distance at 45 mpg on $3.50-a-gallon gas would cost only about $1,944. So by that time, the difference would have already been more than made up. Granted, the diesel’s power characteristics (namely tremendous amounts of low-end torque) might make it more satisfying to drive, but it’s no longer the cheapest to drive.

As hybrids go, the Jetta compares very favorably to its rivals. Most popular is the Toyota Prius, which has the advantage of being a dedicated hybrid with a more aerodynamic “fastback” shape. That in part is what helps it achieve its impressive 50 mpg combined EPA rating. The Prius also starts at a slightly lower price. But against similar sedans, the Jetta Hybrid is likely to be among the best in fuel economy, and it costs less than the competing Hyundai Sonata Hybrid, Kia Optima Hybrid, and Toyota Camry Hybrid, giving it an excellent dollar-value equation.

Particularly if you happen to be driving at 7,000 feet. 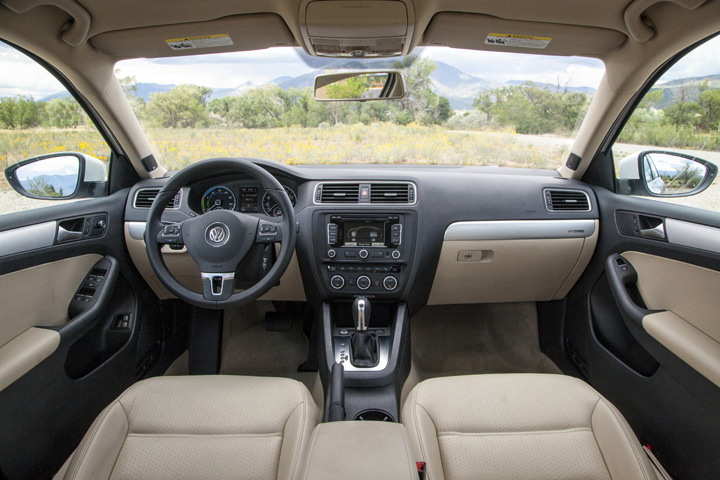 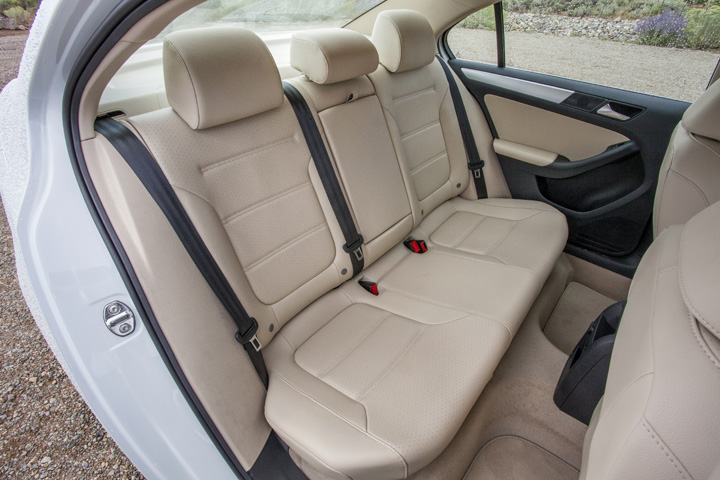 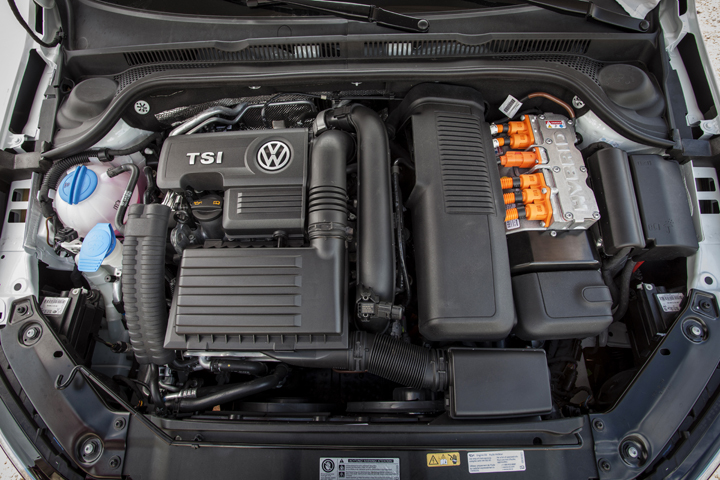 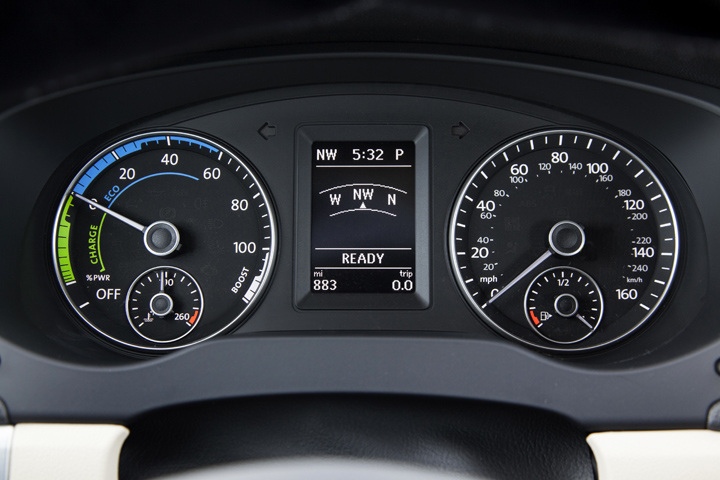 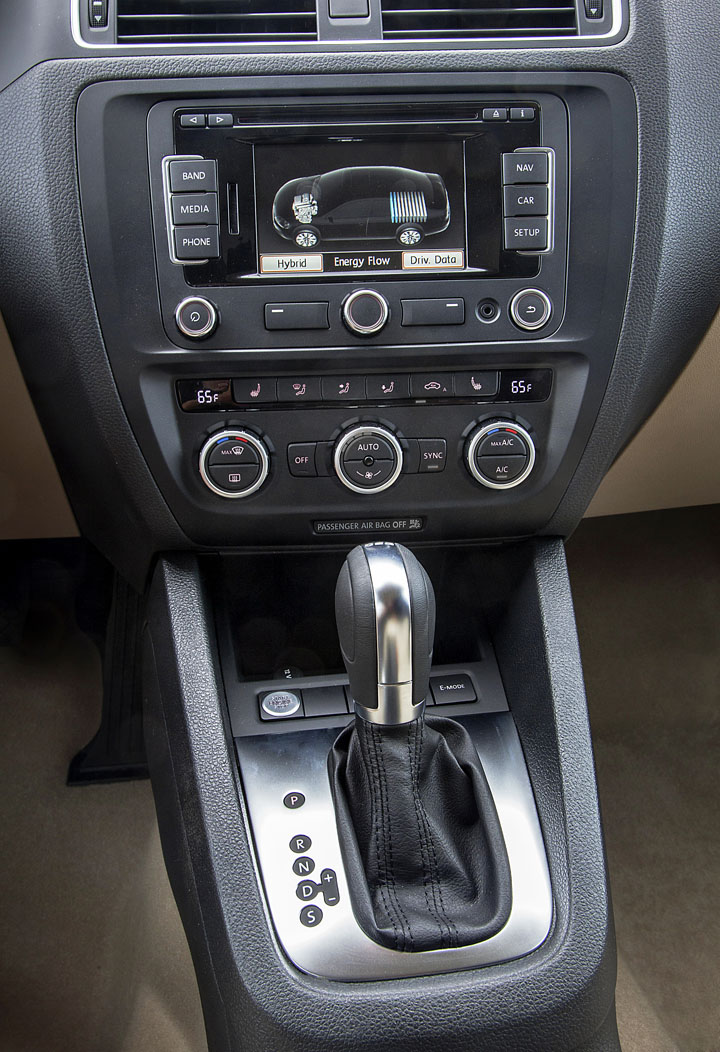