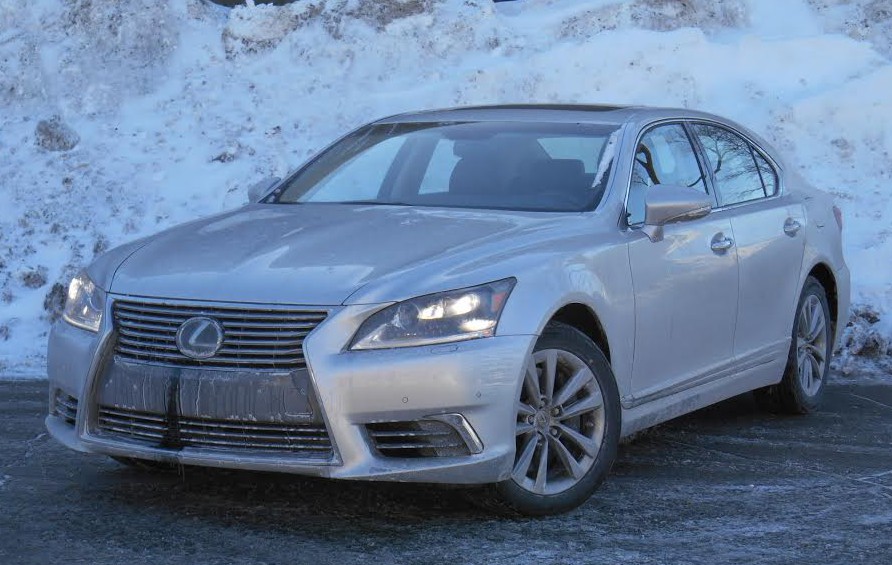 The not so good: Old-school fuel economy

The 2014 Lexus LS460 with full-time all-wheel drive makes for a darned nice motoring environment. It had better when you can run it up to around $90,000, as the one we tested recently priced out at.

The LS460 showed itself as a pleasing performer with decent passenger room, excellent appointments, and a high level of standard conveniences—with plenty more available to those willing to spend a bit more. But there are some elements that don’t seem to deliver the difference you might think they would. 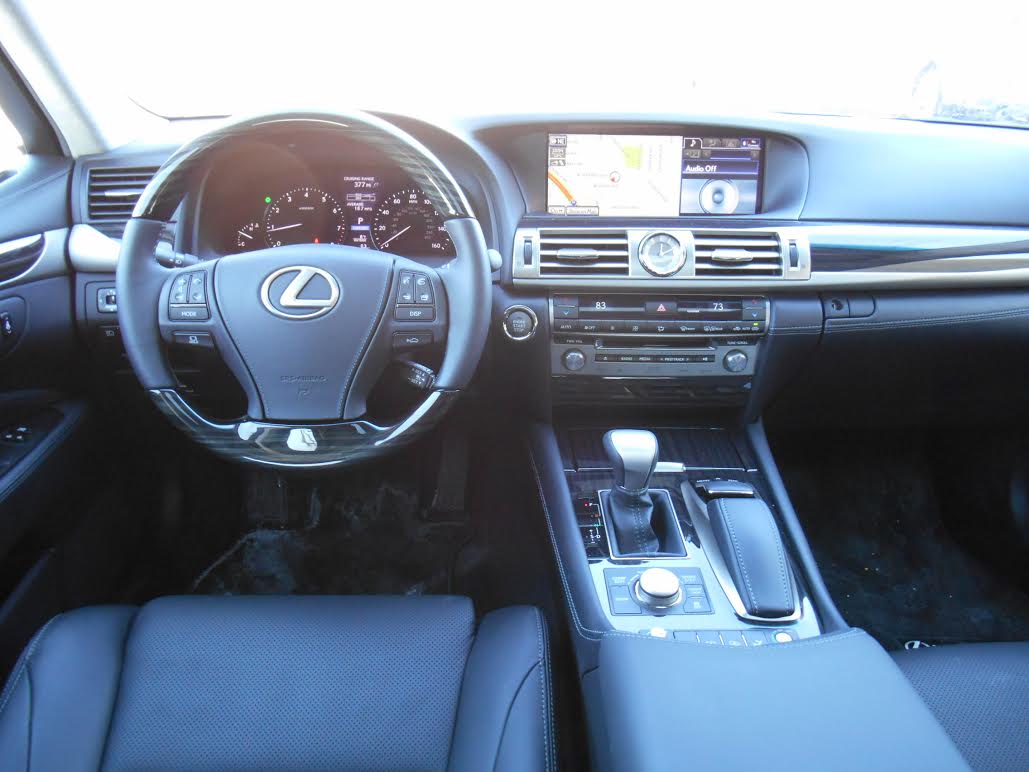 Our test LS 460 drew applause for its classy, understated cabin. The “haptic-response” controller to the right of the shifter works just like a mouse, and eliminates the need for a touch screen.

Being an AWD model, the 4.6-liter dohc V8 in the car we drove was rated at 360 horsepower, which is 26 fewer ponies than in the herd under the hood of the rear-drive version. Still, this quiet and smooth powerplant impressed by pulling strongly up to near its redline when we elected to enter the highway in a hurry. You almost forget that the 8-speed automatic transmission is there. The only penalty is at the pump. After 259.4 miles, 54 percent of them under city conditions, this tester had averaged a “meh”-inducing 15.78 mpg.

Our test LS460 came with an optional adaptive variable air suspension, which can be set from a console dial into “Comfort,” “Sport,” or “Sport+” settings in place of the default “Normal” mode. Ride was soft, almost floaty, in Comfort—but that didn’t seem appreciably different from the supposedly sportier settings. (Steering ratios are supposed to vary with the settings as well.) The option costs $2120 that could be spent on some nice nights on the town in your spiffy new Lexus instead. Despite being in the midst of a pretty serious winter, we encountered only small stretches of snowy streets in the AWD sedan, but never experienced a wobble or slip on them.

Spacious and comfortable up front, there’s also generous room across in the back of the quiet cabin. However, a tall driveline hump absolutely rules out carrying a middle passenger. Rear head room is a little “close.”

A huge 12.3-inch touch screen displays readouts from the standard audio, climate, and navigation systems. A “mouse” on the center console allows the driver to work within these systems. The console is designed to let the right hand rest comfortably over the mouse, but the device can be touchy and quick to jump away from the spot where you want to click on a setting selection. Getting back to the desired spot on the screen can divert driver attention.

The trunk is wide, but not overly long, so luggage capacity is acceptable but not exceptional. Similarly, interior storage is OK. Covered cup holders are placed far forward in the console, but it doesn’t seem to hamper their accessibility.

Lexus made its mark in this country as a premium-brand bargain that rivaled established German makes for luxury, but far undercut them on price.

That’s not so much the case anymore. For while the LS 460 AWD we tested fared well enough on the “luxury” front, it didn’t really strike me as a “bargain.”

As John mentioned, the LS 460 AWD is a nice ride: quiet, smooth, powerful enough. And it was fitted with lots of luxury features and outfitted with fine (if a bit bland) materials. But it also exhibited more of what I would consider shortcomings than a car in this price strata should.

First, the console “mouse” used to control infotainment and climate functions. I’m not a fan. It’s used on numerous Lexus products I’ve driven, but I’ve never warmed up to it. For one thing, it’s very notchy in operation, which, combined with slow response to movement, makes it too easy to “overshoot” whatever screen icon you’re trying to hit. That means getting it to the right spot takes time and diverts attention. Furthermore, what should be simple adjustments almost invariably take too many steps to complete, and I’ve had trouble with some navigation functions. Some of this is merely aggravating, but some ventures into the realm of safety. 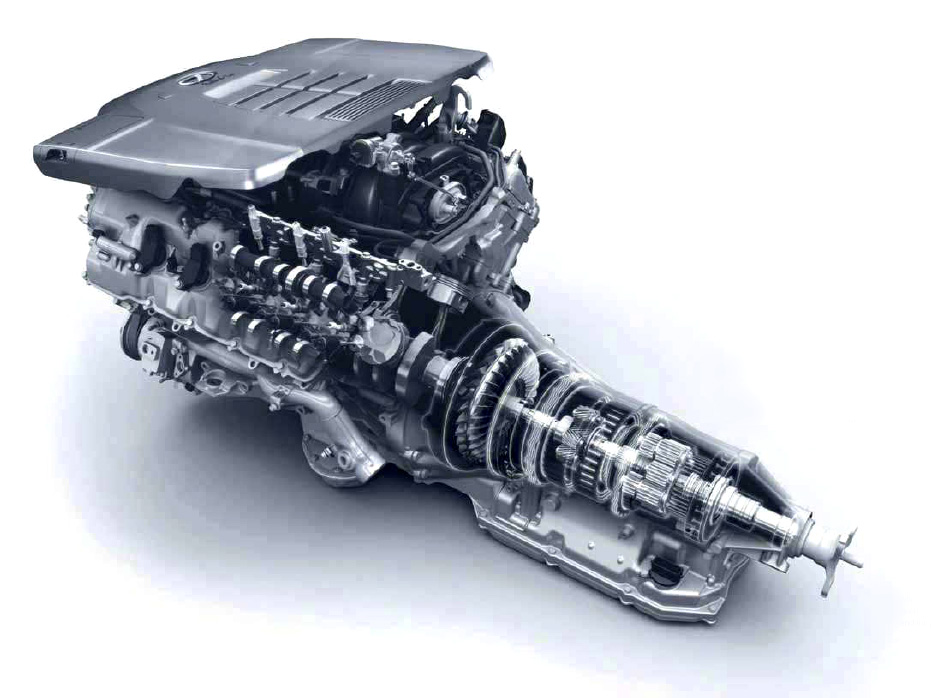 In AWD LS models such as our test car, the silky 4.6-liter V8 is good for a healthy 360 horsepower. Rear-drive LS models with this engine enjoy 26 additional horses.

Same for the rather thick roof pillars. I’ll grant you that – along with the aforementioned control strategy – this is a pet peeve of mine, but visibility really isn’t what it could be.

While the big V8 provides plenty of power, it often takes a while to arrive. After stabbing the throttle at speed, there is typically a rather long delay while the transmission hunts for the proper gear. You can hear the engine revs pick up as the trans is downshifting, but actual accelerative movement is a heartbeat or two away.

Ride quality is good enough in the Normal and Comfort settings, if just a bit thumpy over smaller pavement imperfections. But like John, I question the value of the optional (at $2120) adjustable suspension. Granted, we had no opportunity to drive an LS without it, but past experience indicates that whatever the base setup is usually rides as well or better. That makes this one an advantage only if you frequently use the Sport settings to hustle down a twisting road.

But that’s really about it in the way of gripes. Interior storage (another area I hold dear) is quite good; the glovebox is only of moderate size, but the 2-tier center console box is huge, and it’s augmented by a small fold-out tray left of the steering wheel and expandable map pockets in the doors, along with the expected covered console cupholders. If turned on, both the heated seats and heated steering wheel return to on when you restart the car, something I really appreciate – and too many don’t do.

The LS has built up such a reputation over the past 24 years that it really should be considered by anyone shopping in this league. And in all fairness, many of my complaints about it would apply – to some extent or another – to most of its luxury competitors. But whereas its claim to fame used to be a great car for an almost unbelievably low price, that’s not really its calling card today; it’s more of a really good car at a competitive price.

If I had never driven a Mercedes-Benz S-Class, I might call the LS 460 the best-riding car in the class. This big Lexus scores points from me mostly for not pretending to be sporty. It’s fast, rides very well, coddles without complication, and is something of a bargain in the class. It’s also seriously quiet underway.

I also appreciate the stealthy styling, made somewhat less stealthy this year by the more-aggressive front-end treatment.

My only real issue is with our observed fuel economy. It’s not terrible, but the other cars in this class are thriftier.