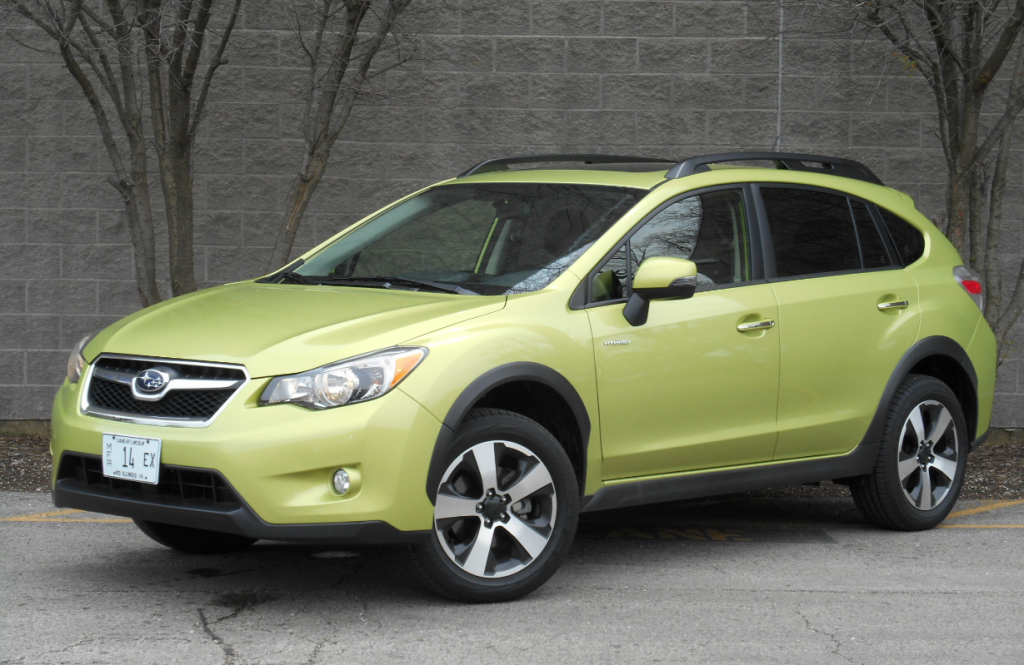 The good: Lower-than-expected starting price for an AWD hybrid

The not so good: Less-than-plush cabin, lower-than-expected fuel economy

If you go into a Subaru dealership with about $30,000 to spend and a crossover SUV on your shopping list, you’ll find that you have a decision to make. If power and room are priorities, that budget will buy you a 4-cylinder Outback Limited with standard leather upholstery and CVT automatic transmission. But if you’re committed to the perceived “green” benefits of a gas/electric hybrid, 200 extra dollars will buy the Hybrid Touring model that sits atop the XV Crosstrek family. 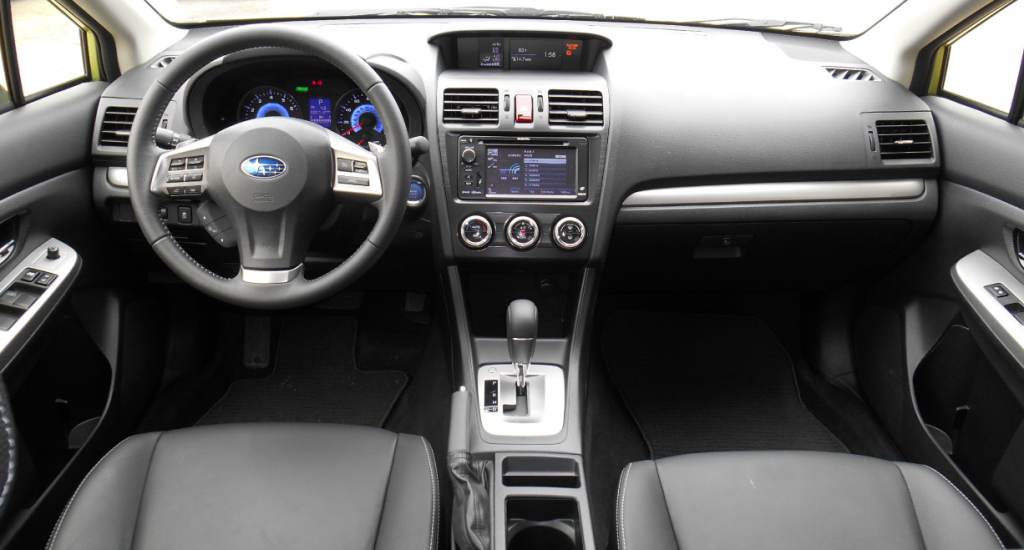 Crosstrek’s tidy cabin is nicely appointed, but falls shy of being plush.

Both vehicles come with Subaru’s symmetrical all-wheel-drive. That’s a given. The Hybrid Touring doesn’t have the interior and cargo room of the Outback, but it does have the leather upholstery and CVT—plus a moonroof and voice-activated GPS navigation system that cost extra on the Outback 2.5 Limited. Then, too, the Crosstrek series offers the only hybrid models in the entire Subaru lineup.

Still, with its few extra niceties, the Crosstrek Hybrid Touring that Consumer Guide® tested recently didn’t come across as especially plush. There was about a 50/50 mix of hard and soft plastics around the cabin. At least the Hybrid models (there’s also a base job with cloth seats and no moonroof or navigation) temper the tonal monotony with some metallic-silver trim.

Passengers should plan on traveling light. The console has two open cup holders and a moderately sized cubby that is home to a USB port and a plug-in for electrical devices. A small open bin sits under the instrument panel. Unfortunately, the owner’s manual takes up much of the space in the glove box. There are big map pockets in the front doors, but rear doors just have bottle holders molded in. The center rear arm rest has twin cup holders. Curiously only right-rear passenger can take advantage of a pouch attached to the back of the seat ahead.

Head and leg room are OK in front; leg room isn’t bad in back either, but the slope of the roofline begins to take a toll here. The rear bench will hold 3 kids or 2 adults. This tester noticed one odd egress problem on a day that he wore cuffed trousers: The seat-height adjustment lever got caught in the cuffs twice.

The XV Crosstrek’s rear cargo space is ample when judged against the trunk in a small car, but it’s not as impressive for a hatchback. For additional space needs, rear seatbacks fold in a 60/40 split, though head rests will have to be removed. As in some other Subaru models, a molded floor mat with channels to collect dirt and water is provided in the cargo area. 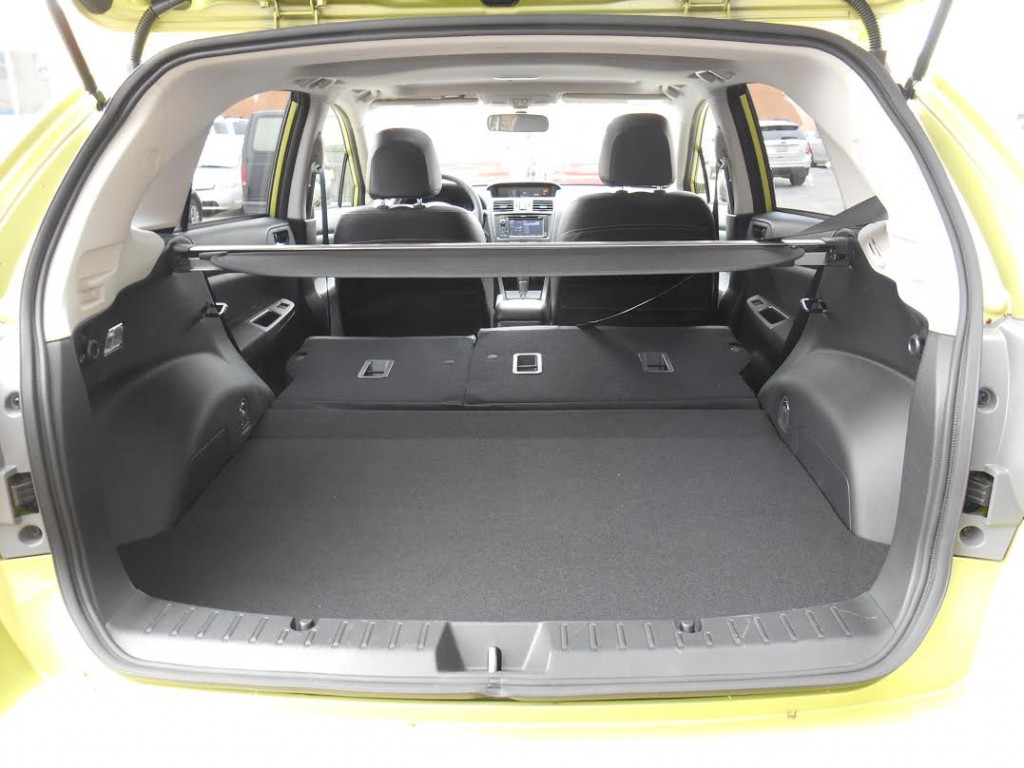 Steering and handling are easy enough in the XV Crosstrek. Ride from the fully independent suspension struck this driver as a little brittle, especially on uneven pavement. When working in tandem, the electric motor and 2.0-liter “boxer” 4-cylinder engine combine for a maximum of 160 horsepower and 163 pound-feet of torque. Managed by the continuously variable transmission, this is a powerteam that delivers adequate but not particularly robust acceleration. Transitions in the automatic stop-start function aren’t exactly subtle, either.

Our stint in the Hybrid Touring covered 158 total miles, 60 percent of them in city driving conditions, for an average of 28.2 mpg. Unfortunately, that’s a bit below the EPA-estimated 31 mpg for combined city/highway driving (from 29 city and 33 highway).