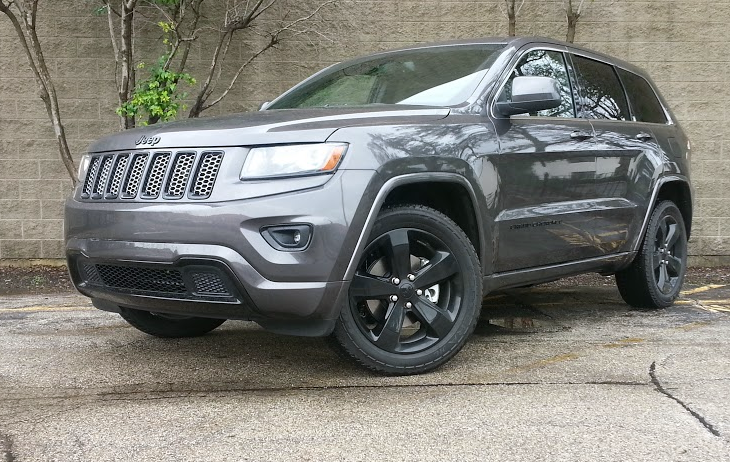 The not so good: Pricy available options

The extensive 2015 Jeep Grand Cherokee lineup is grounded in the Laredo model, but all that buyers who don’t want to stay there have to do is gain some Altitude. 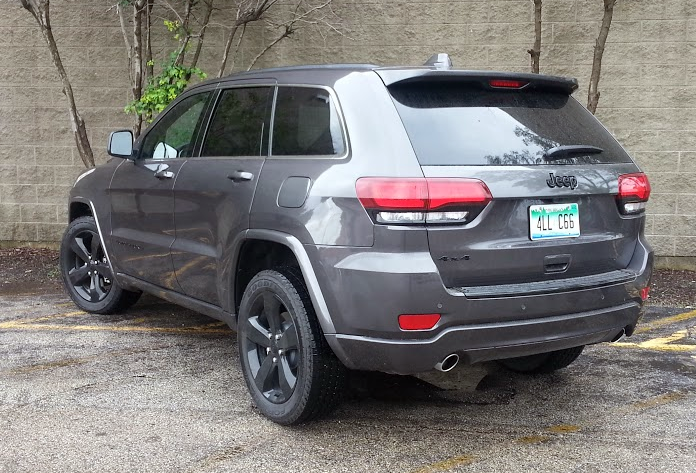 The Altitude package brings with it a host of cosmetic goodies. Black wheels and exterior trim bits comprise much of that content.

That’s the lofty-sounding name for the $5805 package that transformed the $31,995 four-wheel-drive Laredo that Consumer Guide® tested into an “option model” with black highlights around the exterior (including the 20-inch alloy wheels), body cladding keyed to the exterior color, and additional power-convenience and technology features. With delivery and additional stand-alone goodies—power sunroof, juiced 9-speaker audio system, and parking-assist with rearview camera—the total came to $40,830. That indeed is getting up there some. 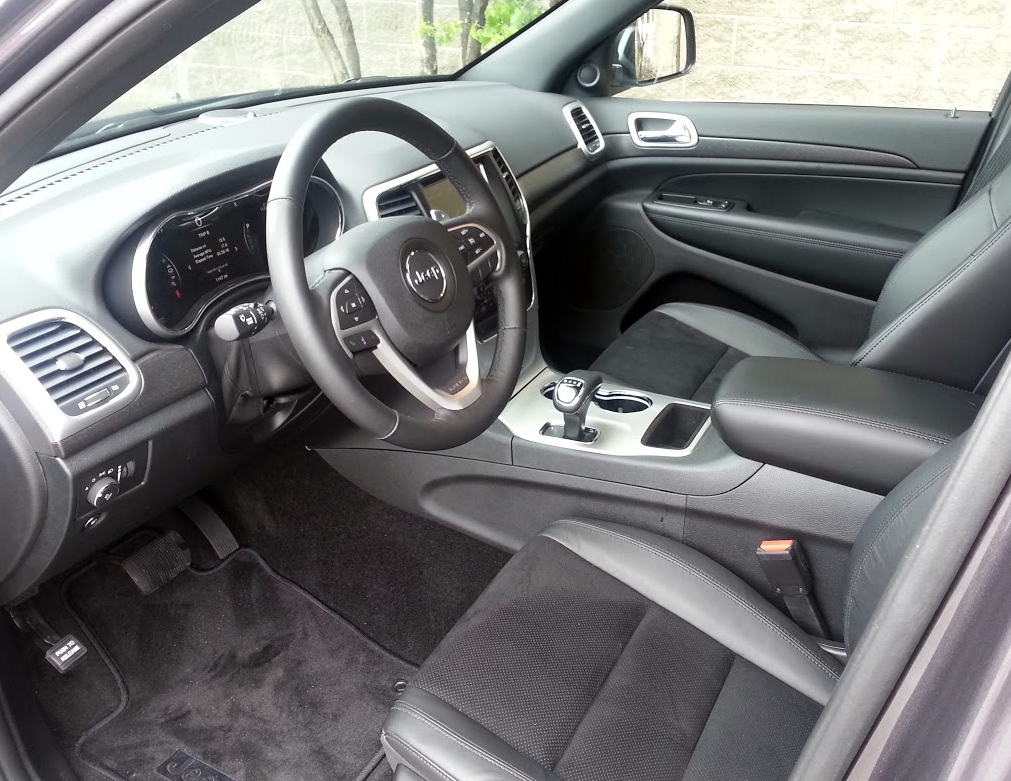 Even without leather trim, the Grand Cherokee’s cabin exudes a premium feel.

Altitude-package upgrades will make themselves felt the moment passengers sit down on the comfortable and subtly sophisticated leather seats with suede centers. Front seats are heated, and the driver’s seat gets 8-way power adjustment and 4-way power lumbar settings. The better seats are at home in a cabin that sports good dispersal of soft-touch material on the dash, doors, and arm rests.

The Laredo comes with a rearview mirror with a built-in microphone, but in the Altitude, the mirror dims automatically. Other conveniences include a power liftgate, remote starting, a 115-volt auxiliary power outlet, and a cargo-compartment cover. Also thrown in for the Altitude is the upsized version of the corporate Uconnect infotainment system that uses an 8.4-inch touchscreen, and includes satellite radio and navigation capability. 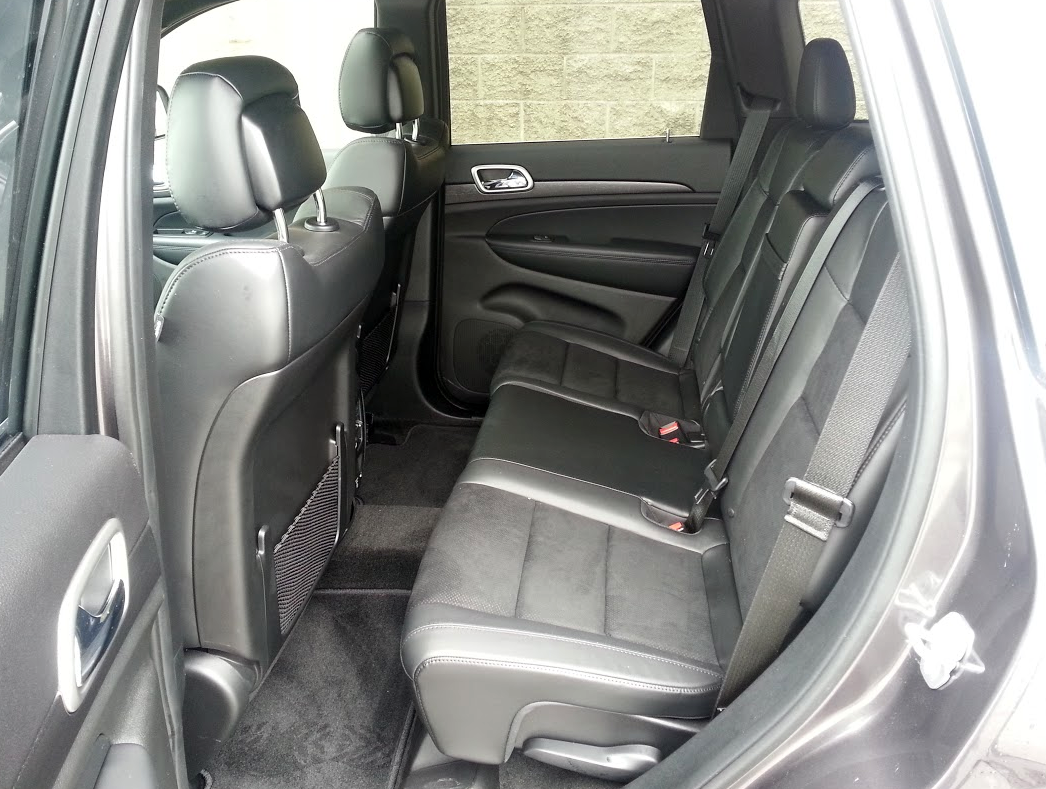 There’s class-average space in the second row. Especially long-legged passengers may need front-seat passengers to scoot up a bit.

The 290-horsepower V6 and automatic provide alert takeoff from standing starts and enough strength to easily maintain highway speeds. The powerteam does all this without a lot of noise or vibration either. This tester drove CG’s Grand Cherokee Altitude for 170.4 miles (with 69 percent of that distance under city conditions), and averaged 19.32 mpg—commendable considering that the EPA estimate for the vehicle are 17 mpg in city driving, 24 on the highway, and 19 combined.

Ride quality was about as comfortable as found in some cars. Handling was easy, steering was responsive, and braking was secure—about on par with the performance of the costlier Grand Cherokee Overland that we sampled in 2014.

The interior is comfortable and roomy for front-seat occupants. There’s good 2nd-row leg room, too, though we could see how longer-legged front passengers who track back their seats could tighten that up to a noticeable degree. A negligible center floor hump makes a 3-person squeeze across the rear seat theoretically possible, but the middle passenger will be slightly knees-up while resting against a hard, unyielding portion of the seat back. Rear seats have reclining back rests. Step-in is a little high, but visibility in most directions is not bad. Interior storage up front is varied and accommodating: pockets and bottle holders in the doors; 2 console cup holders; a small covered bin for electronic devices at the front of the console; a big glove box; and a bilevel console box with shallow tray over a deep, lighted console. Rear passengers are presented with 2 net pouches, bottle holders in the rear doors, and a pull-down center arm rest with 2 cup holders. 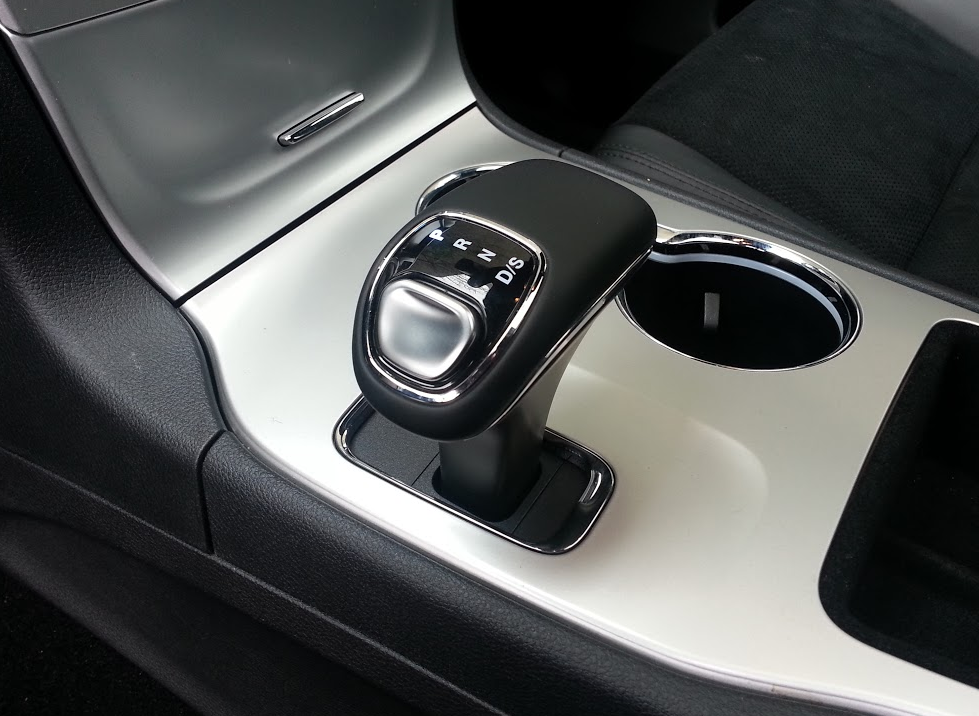 The Grand Cherokee’s space-saving gear selector operates without separate detents for each gear. Some drivers found engaging reverse to be more difficult than expected.

Rear cargo space is quite good, even if liftover is a bit high. There’s some space under the flat, carpeted load floor, plus a shallow open bin at the left. Tie-downs are built into the floor to help secure loads. A handy flashlight snaps into a charger built into the left sidewall. For added cargo space, the rear seats fold in a 60/40 split. They drop nearly flat with hinged panels to smooth the transition from the cargo floor.

With the stand-alone options that were added to it, the Grand Cherokee Altitude that CG tested cost about $1800 more than the starting price for a 4×4 Limited (the next trim level up) but thousands less than an Overland. That may give a lift to some shoppers, but depending on their needs and expectations, other vehicles in this competitive class may soar as well.

Took notice of a regular and pronounced transmission “thunk” when cruising at low speed and slowing gradually to stop. John did not observe this phenomenon. Apart from that, I found this roomy, comfortable midsize crossover to be about faultless. I am most impressed by the fuel economy, as we never got closed to the EPA’s combined estimate in routine driving. It was nice to see a Grand Cherokee equipped as modestly as this one. Our test truck was proof that you needn’t spend $50,000-plus to score a completely satisfying GC. 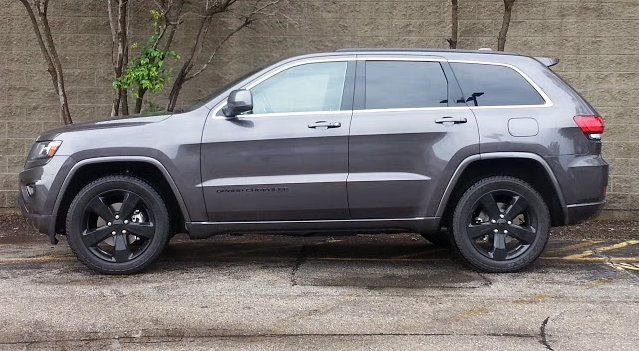 The Grand Cherokee is mechanically similar to the Dodge Durango. The two vehicles share basic architecture and drivetrain components.