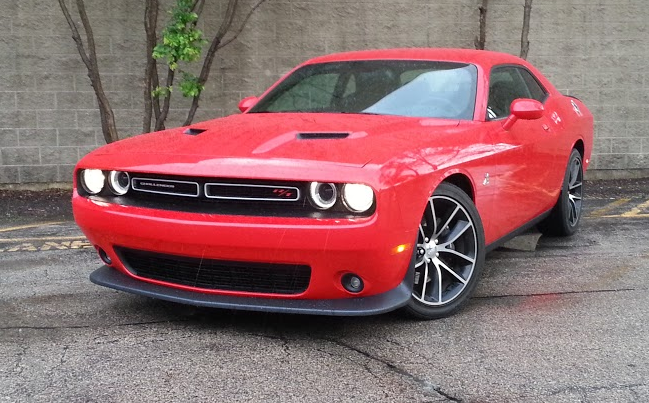 Our recent 2015 Dodge Challenger Scat Pack was one of the more photogenic test vehicles we’ve had through our fleet lately. There were more interesting visuals than we could squeeze into our normal review, so we’ve added a gallery of detail pics here. 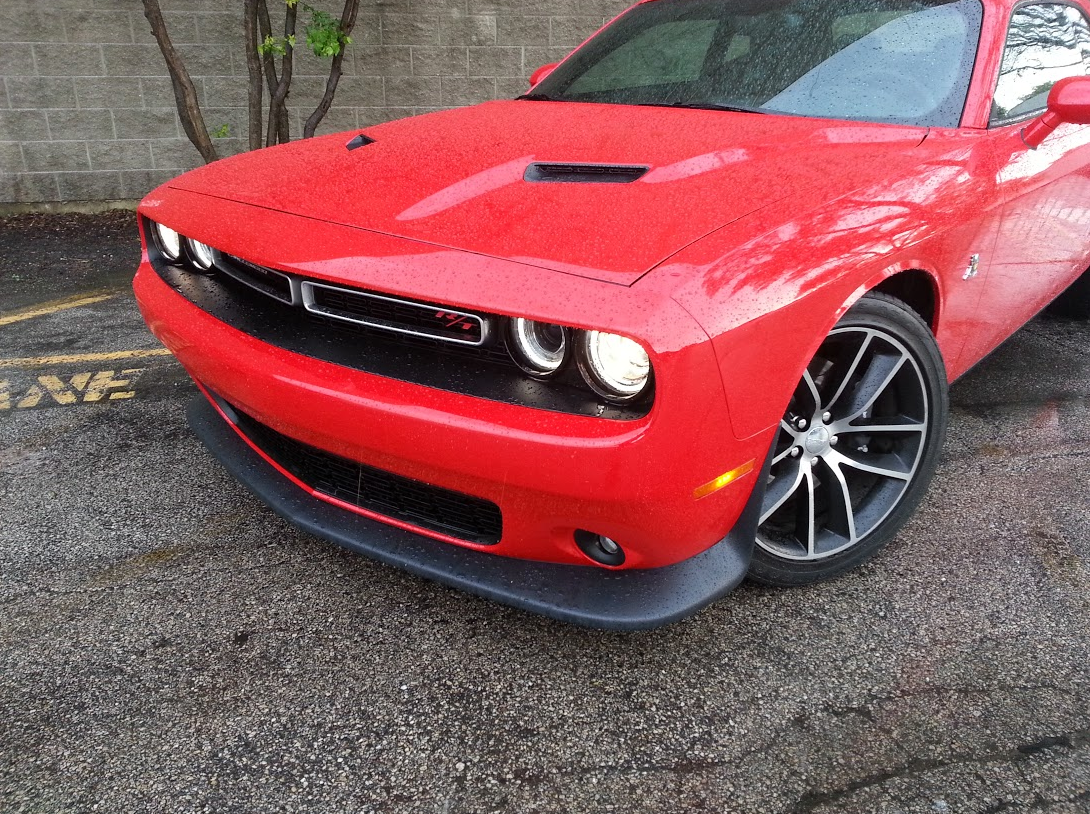 The 1971-Challenger-style split grille is a key element of Challenger’s facelift for 2015. The twin-scoop hood on R/T models recalls the ’70 and ’71 Challengers. In a tip of the hat to the pun-tastic Mopar “High Impact” colors of ’70 and ’71, this fire-engine-worthy hue is called “TorRed.” 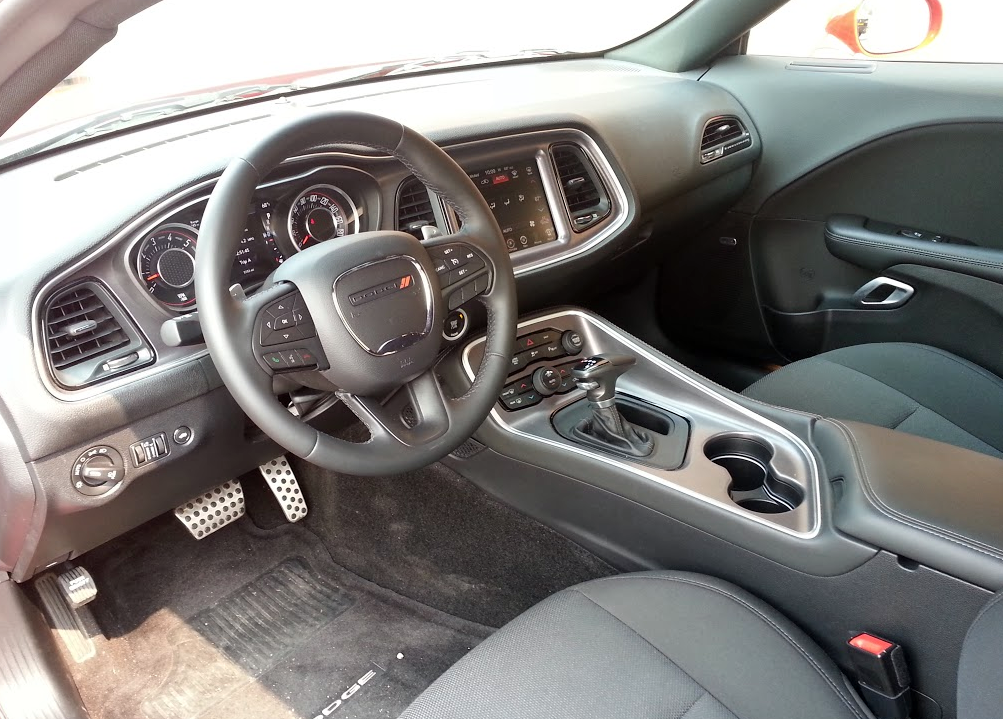 Challenger’s overall cabin ambiance has improved significantly since its “re-debut” as a 2008 model. 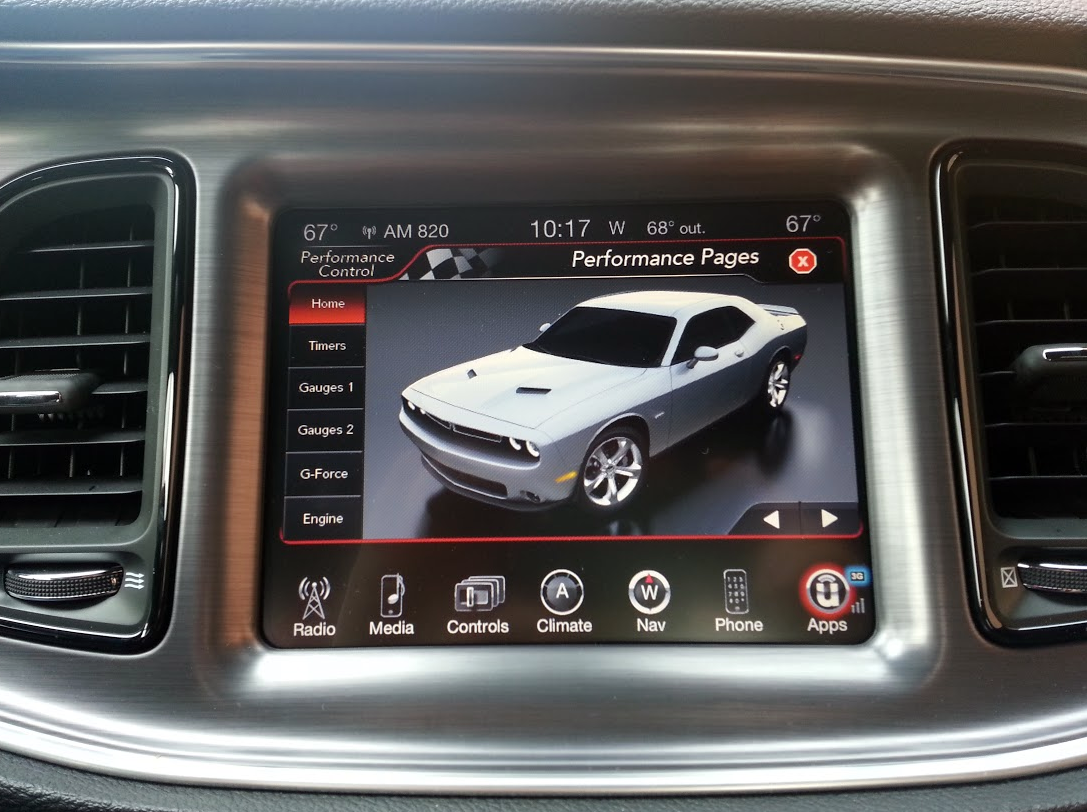 The Uconnect touchscreen interface offers lots of eye candy, including  “wallpaper” images of the car itself… 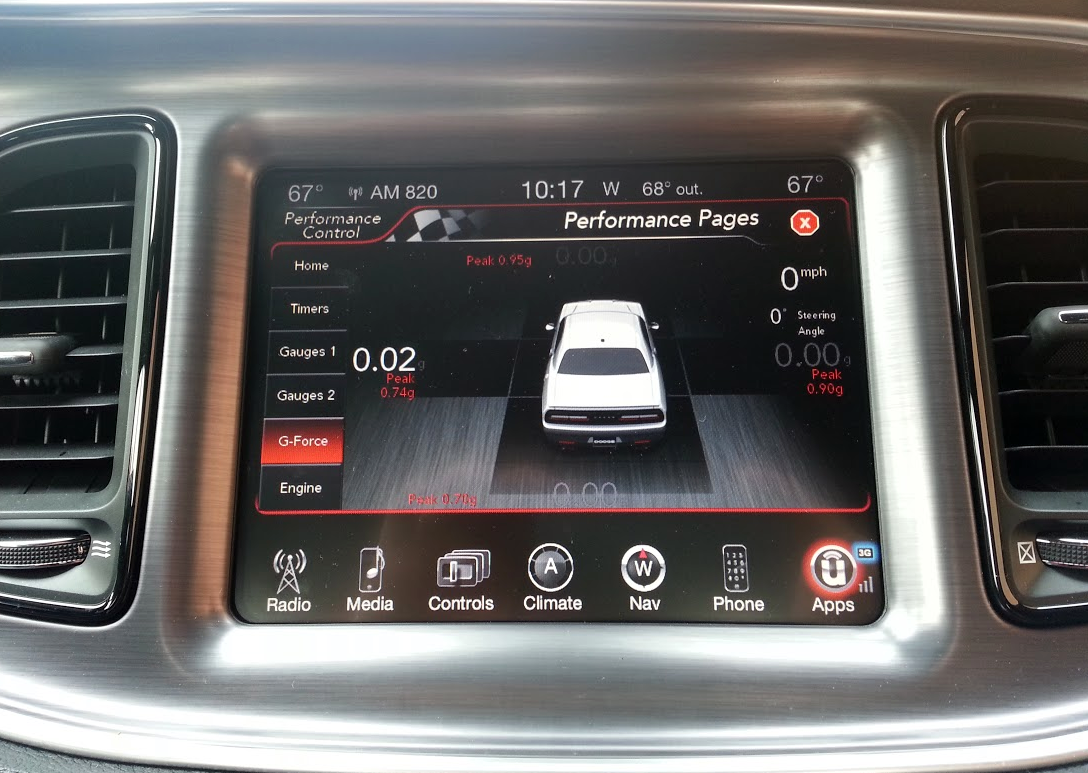 …a “G-force” readout that displays acceleration, braking, and steering forces, along with the degree of steering angle… 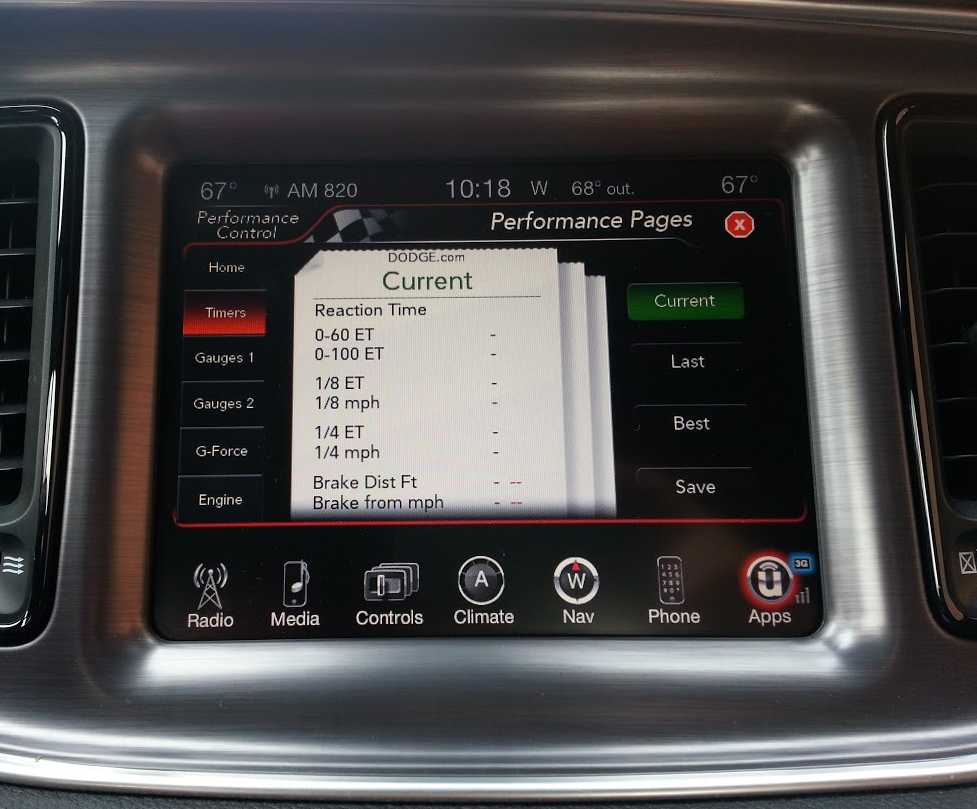 …and a “time-slip” page for the on-board timing system. 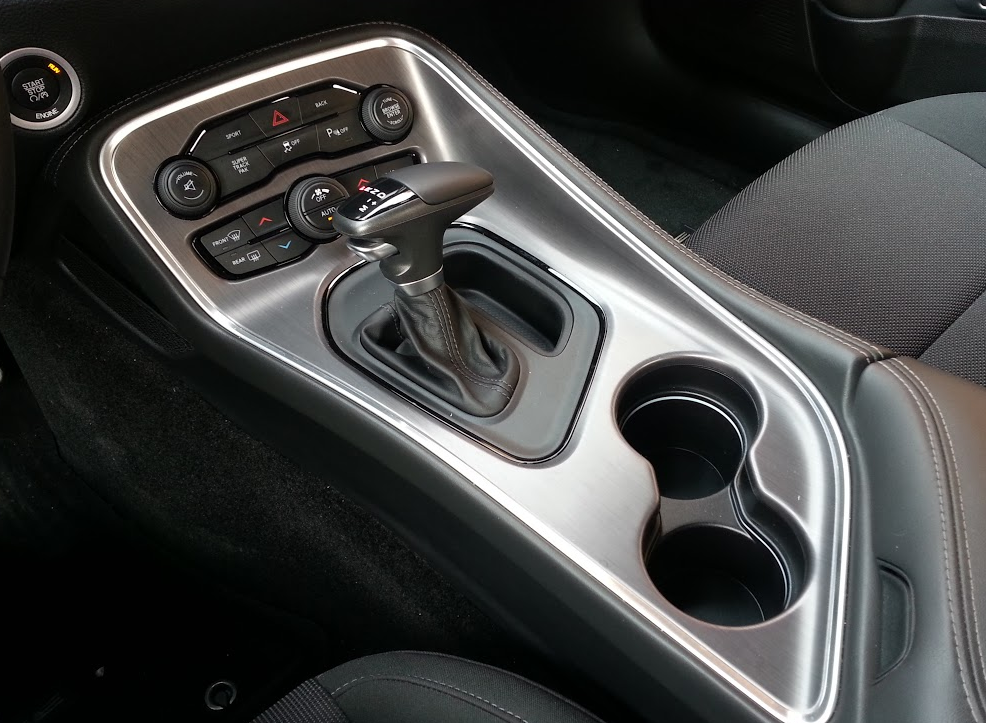 The Challenger’s handsome console hints at the design of the 1970-’74 originals, but with materials quality and fit and finish that were unheard of in the early Seventies. 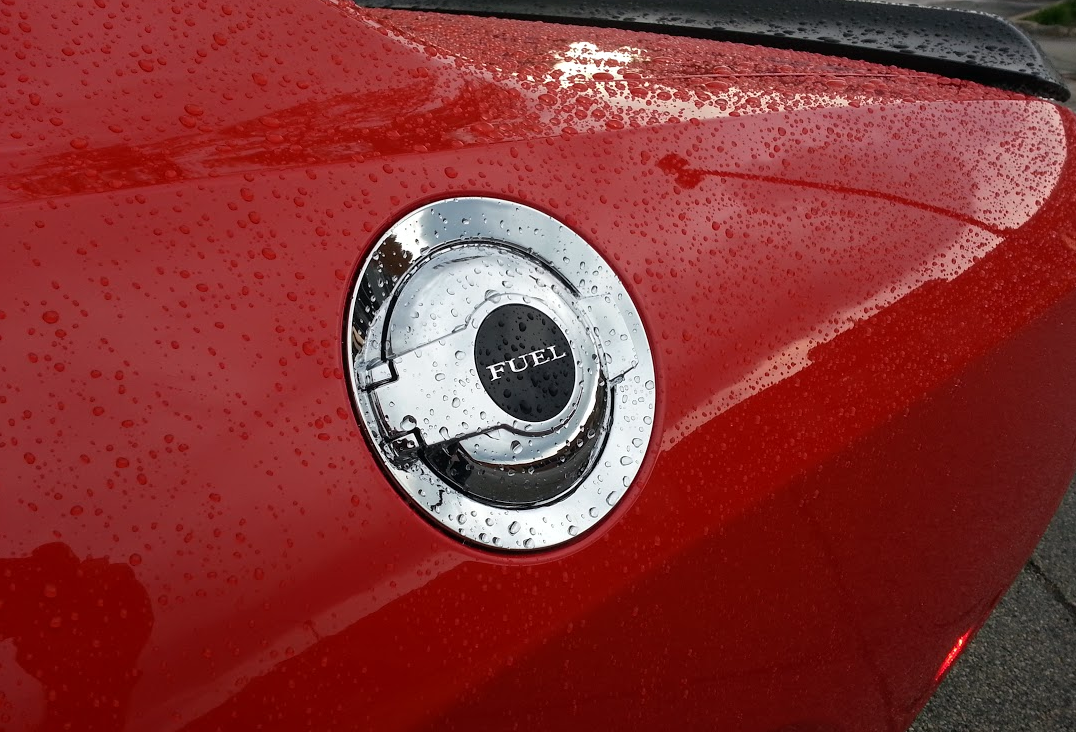 The old-school flip-open fuel-filler cap is yet another throwback detail. 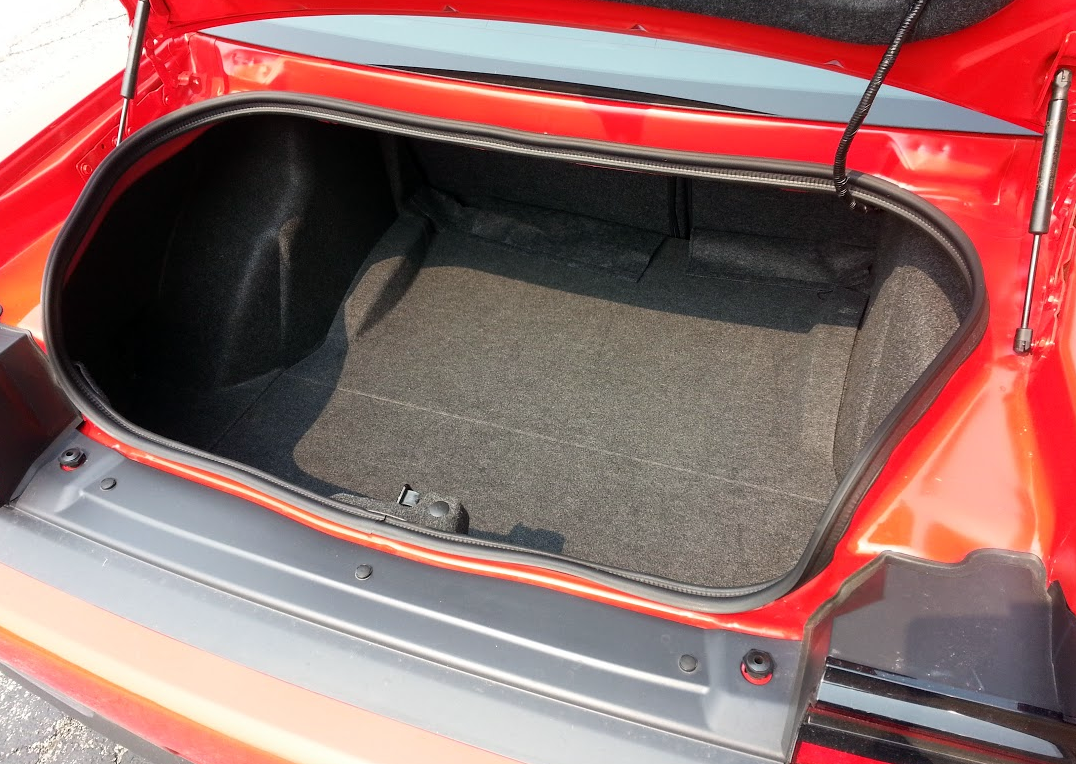 No one buys a pony car for its trunk, but the Challenger offers one with decent room… even if the aperture is a bit small and the wheelwells intrude on usable space. 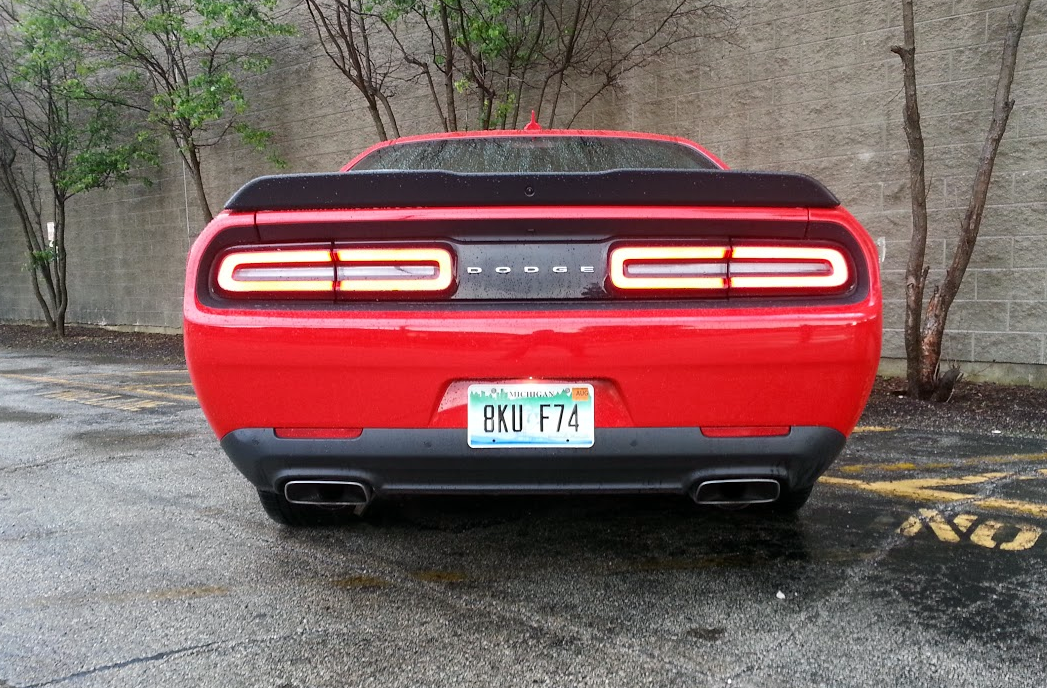