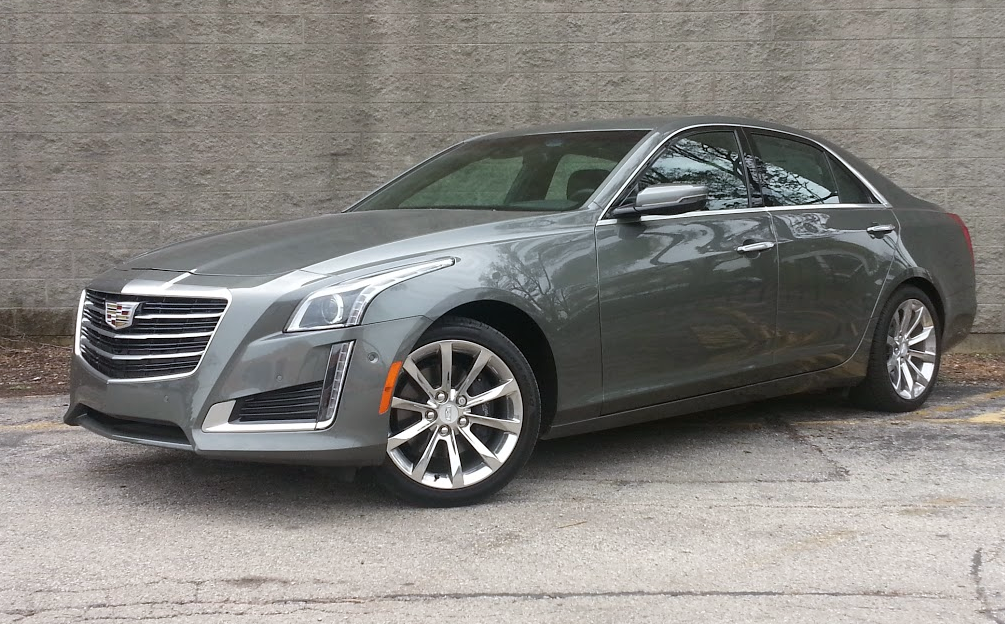 The not so good: Over-firm front seats become uncomfortable on long drives

When Cadillac redid its well-regarded CTS sedan for 2014, it positioned the third-generation car to compete head-on with cars like the BMW 5-Series and Mercedes-Benz E-Class. It’s not letting off the gas for 2016, at least judging by the all-wheel-drive V6 model that Consumer Guide® tested. 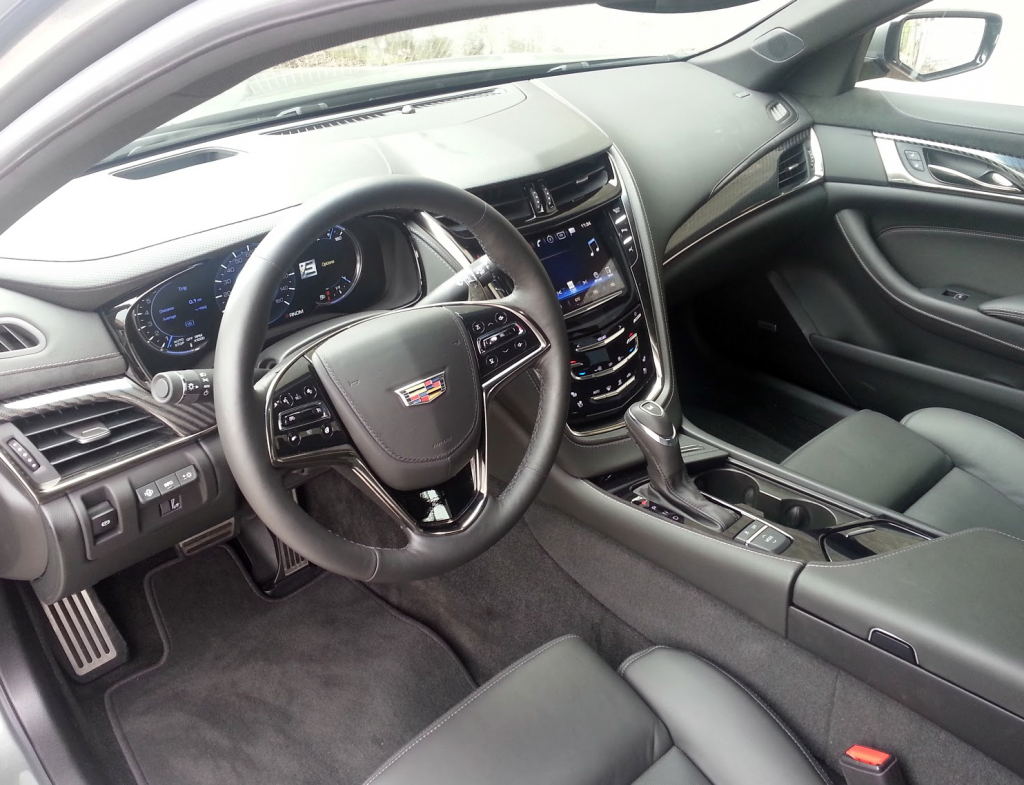 Cabin appointments and assembly quality wouldn’t disappoint in a car costing much more than the CTS does.

The 3.6-liter V6 is all new, and makes 335 horsepower at 6800 rpm and 285 lb-ft of torque at 5300 revs, gains of 14 hp and 10 lb-ft over the previous 3.6. In pursuit of improved fuel mileage, the engine features direct injection, cylinder deactivation (a little light on the instrument cluster tells when the CTS is running in 4- or 6-cylinder mode), and stop/start capability. Furthermore, AWD models adopt the 8-speed automatic previously confined to rear-drive V6s. As a result the EPA mileage estimates for the all-wheel V6 CTS have improved to 19 mpg city/28 mpg highway, up from 18 and 26.

On the road, a nice exhaust burble arises under acceleration, then quiets down at cruise. Throttle response is sufficiently snappy, and there’s plenty of strength for jumping into expressway traffic and passing confidently. The stop/start is quite unobtrusive—note that it can be switched off—and the buttery smooth transmission is prompt to kick down. This driver’s turn in the car covered 165.3 miles, 40 percent of that in city traffic conditions, and yielded 20.15 mpg. That’s almost 4 mpg better than he recorded when driving a ’14 CTS with the previous V6 and 6-speed transmission.

Other features new for this model year are a “Surround Vision” camera system that provides a 360-degree overhead view of the car’s immediate vicinity, further improvements to the standard CUE infotainment setup, a high-definition screen for the 12.3-inch reconfigurable color instrument and information display, and redesigned 18-inch polished wheels. CG’s test car in top-line Premium Collection trim had all these new features. It even came painted in Moonstone Metallic, one of three new extra-cost colors.

The CTS suspension employs MacPherson struts in front and independent multilink geometry in the rear, and the Premium adds “Magnetic Ride Control” damping. It corners pretty well for one that’s not the high-performance model. Lean is well controlled in brisk driving, and the CTS doesn’t overwhelm its chassis and struggle to regain equilibrium when you’re trying to straighten out again. Steering and braking were very good on the car CG tested. 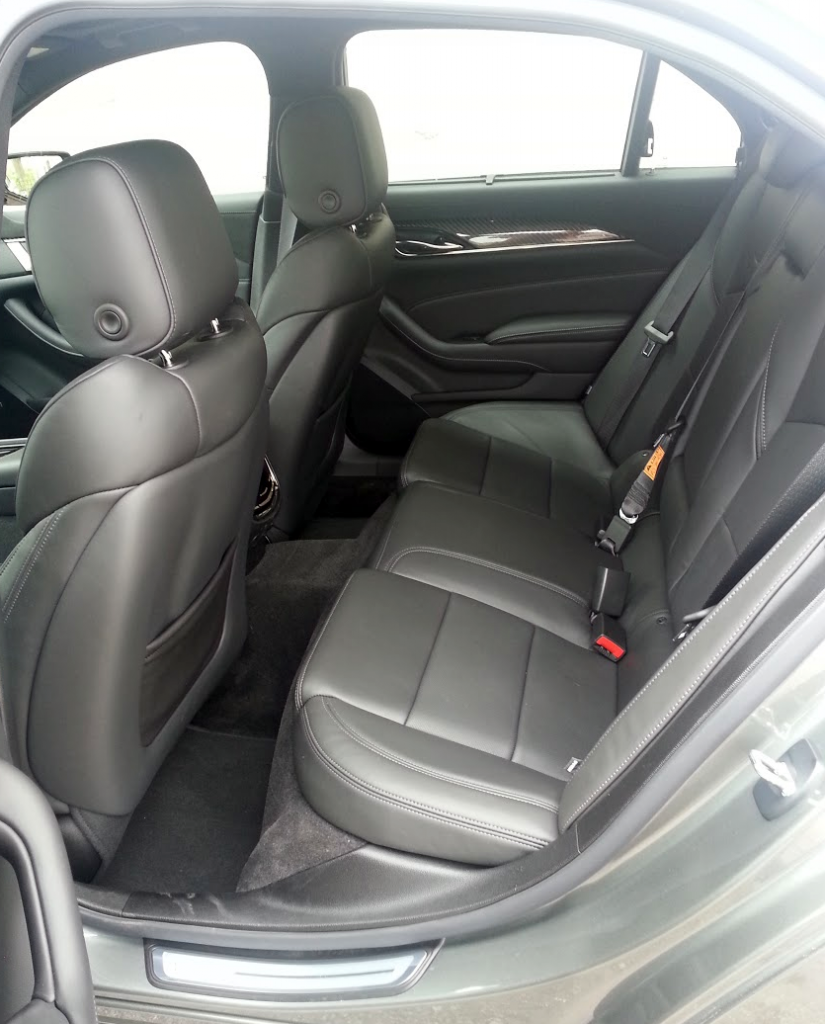 Adults will fit in the back seat, though overall space is disappointing for a car of this size.

Inside, pliable soft surfaces are apparent almost everywhere—even on door storage pockets—with leather and ultrasuede on the door panels, and contrast stitching in evidence. The tested car’s interior was further dressed up with carbon-fiber door and dash trim, but some Premiums come with wood accents depending on the upholstery color.

Controls show up clear and bright ahead of the driver. There’s a lot of vehicle-monitoring information to be found there once you master the steering-wheel thumb buttons that summon the various displays. Being a Cadillac, the CTS comes with the centrally displayed CUE system, which this driver doesn’t find particularly easy or intuitive to use. If all else fails, you can fall back on voice commands to get most of what you want. Thankfully, climate settings can be adjusted via touchpad on the center console.

Over-the-shoulder visibility is good, as are straight-ahead leg room and head room in front. In some ways, though, there’s an odd sort of claustrophobia. Front footwells don’t leave a lot of room to move around in laterally–especially for the driver, who has pedals down there. Rear passengers are separated by a tall driveline tunnel that clearly defines their space, and guarantees that no more than two adults—indeed, probably two of anybody—will fit back there comfortably. Still, rear leg room is good and the headliner is shaped to maximize head room behind the sunroof that’s standard in Premiums.

Front seats are plush to the touch thanks to the quality of the materials, but this driver found the upper part of the seat back to be stiff and unyielding. You don’t really settle into this seat; you prop up against it. One wonders if it would be long-day’s-drive comfortable, even though the firm cushion with expander was supportive. The rear seat cushion is too hard, though—it feels like a beam is running the width of the seat.

Cabin storage is a little skimpy. The console holds two cup holders (with a slick power-operated cover to hide them when not needed), a small covered bin with USB/power plug-ins, and a modest cubby under the arm rest. The power-opening glove box is fairly generous. Door pockets are long but narrow, and with no provision for bottles. Rear passengers can call upon seat-back pouches and a pull-down center arm rest with a shallow covered storage space and two pop-out cup holders. There’s also a power plug accessible from the back of the console.

The trunk extends far forward, but is somewhat narrow between the wheel houses. There’s an open bin on the right side, and some shallow underfloor storage space. Rear seats are 60/40 split-fold—with a central ski pass-through—for added cargo capacity, but the opening behind them to the trunk is narrowed somewhat. 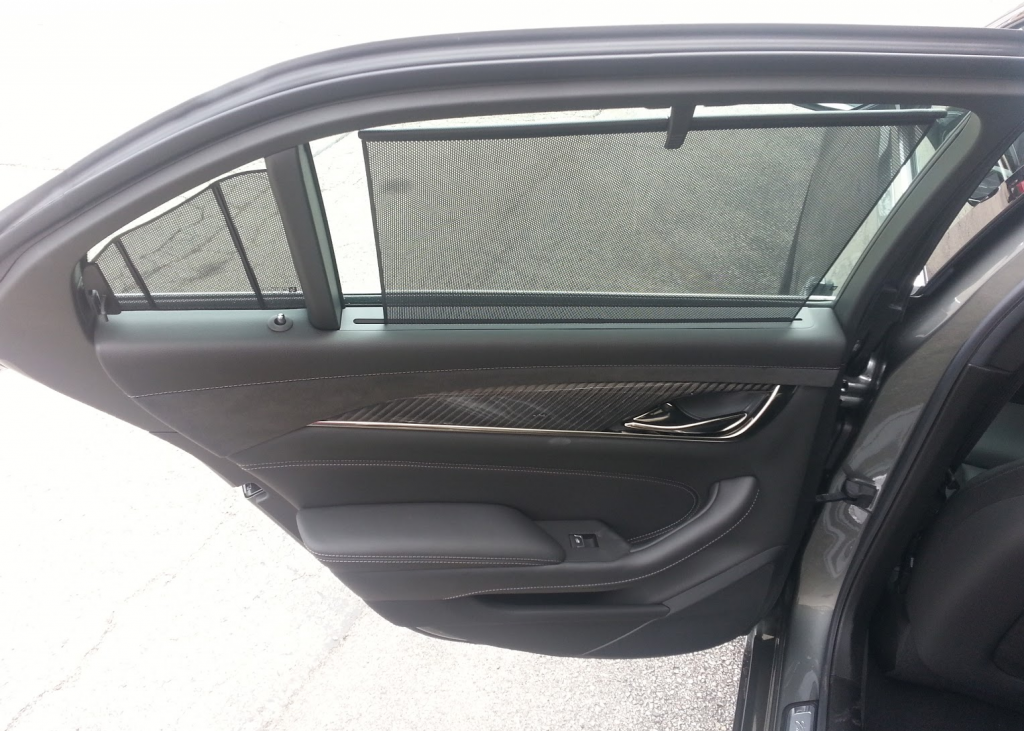 With all those features, the all-wheel-drive 3.6 Premium that we tested started at a decidedly luxury-car $64,685. Being lightly optioned—just the Moonstone paint and an extra-capacity cooling system (which includes an external engine-oil cooler)—it topped out at a reasonable $66,425 delivered. 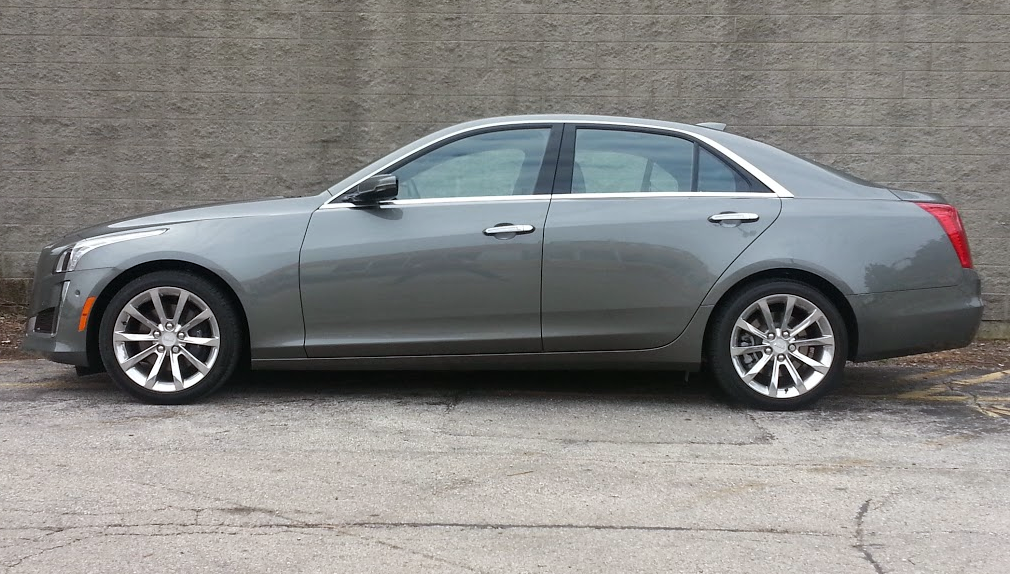 Our test car’s Moonstone Metallic paint is a $495 option.