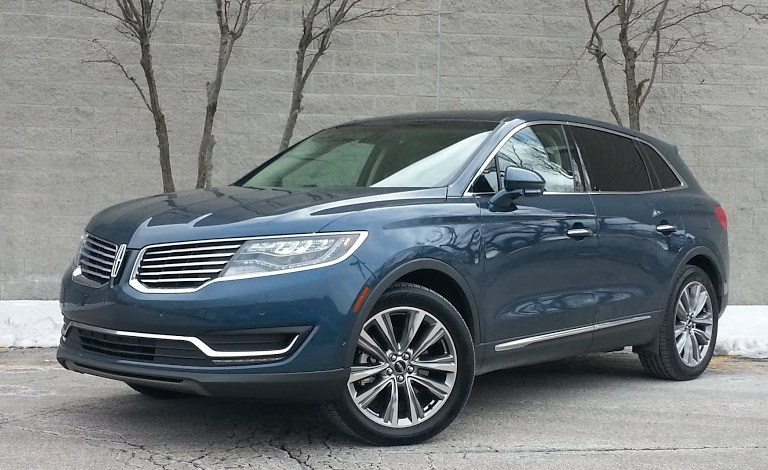 The good: Passenger room and comfort

The not so good: Mediocre fuel economy, climate controls 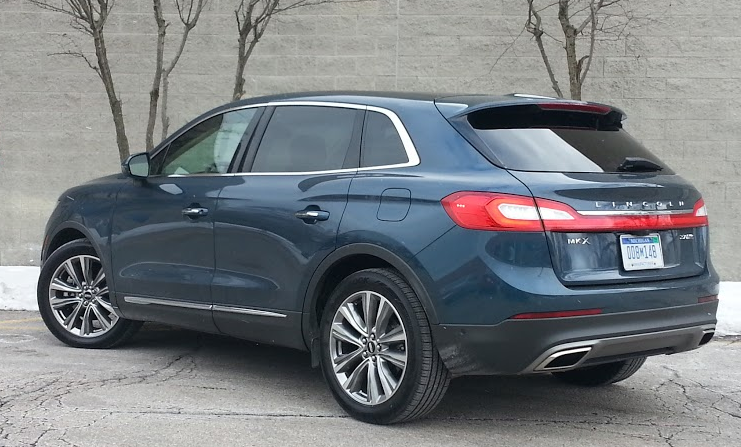 New MKX features for 2016 include a hands-free liftgate and 360-degree camera.

The fully redone MKX shares its basic platform with the Ford Edge, a new generation of which bowed for 2015. This newest MKX picks up some available items from other Ford Motor Company vehicles, including a “hands-free” liftgate activated by the swipe of a foot under the rear bumper, and a 2.7-liter EcoBoost V6. Other new features offered include a panoramic sunroof, 360-degree camera system with washers (a grille-mounted camera extends to show a 180-degree view—helpful for pulling out between walls or vehicles), and massaging front seats with deflatable side bolsters for easier entry and exit.

All of the aforementioned goodies—and plenty more, to be sure—were installed on the all-wheel-drive-equipped MKX Reserve that Consumer Guide® editors tested. The MKX has expanded to four trim levels for ’16. The Reserve, which starts at $47,650 with AWD (a $2495 addition), is near the top of the heap, outdone only by the Black Label version that is priced just north of $53,000 even in front-wheel-drive form.

The 335-horsepower twin-turbocharged 2.7-liter V6 is a $2000 option in place of the standard 3.7-liter V6. It’s an excellent performer, smooth and quick to respond to right-foot calls for power, thanks to a generous helping of torque. If it’s a letdown anywhere, perhaps it’s at the gas pump. The EPA figures an EcoBoost AWD MKX should get 17 mpg in the city and 24 on the highway. However, this driver averaged just 15.7 mpg from his 113.6-mile test stint, 70 percent of which was in city-style driving. Road manners are nice, with a pleasingly isolated ride and handling that is easy but not bland. The emphasis is on comfort—nothing particularly sporty here.

Cargo loads at bumper height on a flat floor. Space is, on the whole, pretty good with the 60/40-split rear seats up. This tester needed more room to accommodate a pair of long boxes, and got it at the press of a couple buttons in the left side wall that dropped the second-row seat backs. The seats fold just about flat, and form an unbroken surface from the main load floor. 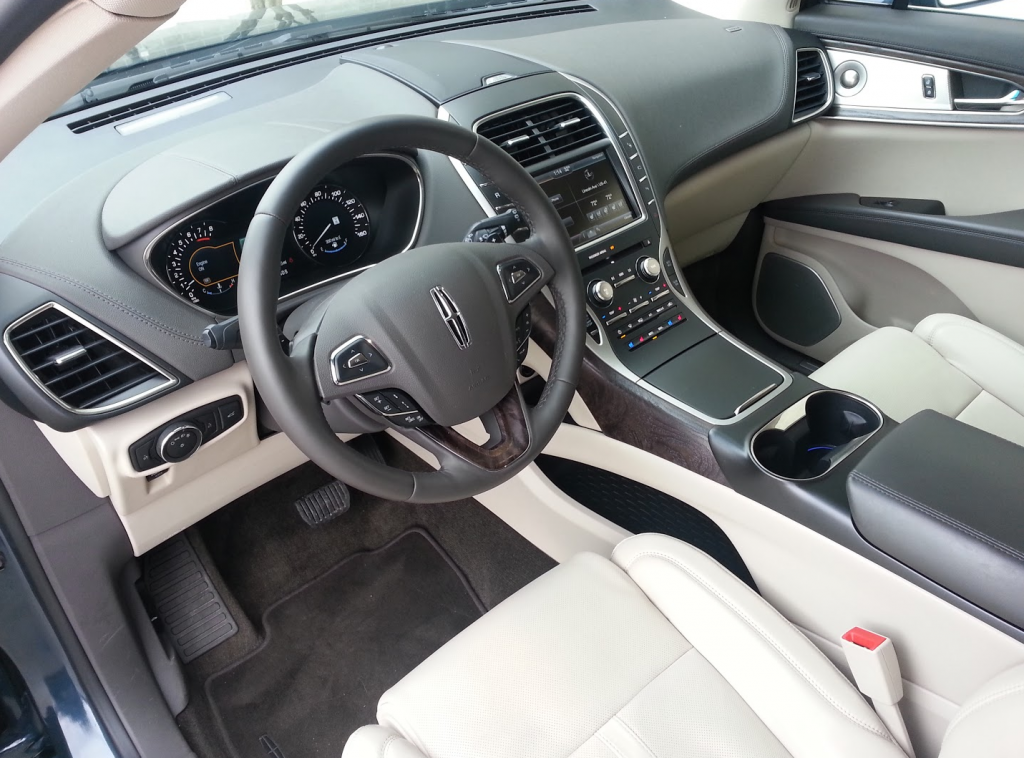 Inside, silver and wood trim accents and plentiful soft-touch materials help deliver a convincingly upscale ambiance. One of the options on our test vehicle was 22-way (!) adjustable driver seat that included a massage function and an extendable forward cushion to provide lanky folks with more thigh support.

Passengers are well provided for, too. The Reserve’s heated and cooled front seats are quite comfy, and the extra-cost massaging seat includes a power cushion extender to dial in just-right leg support. Rear seats come across as slightly less plush, though. Leg and head room are good in either row, and in the rear a low driveline tunnel makes three-across seating for adults a possibility. One tight spot seems to be foot room for front passengers; subtle curvature of the kick panels crimps space at floor level a bit.

Interior ambience is luxurious enough for the class. The test vehicle had light tan (“Cappuccino”) door panels and premium-leather seats that contrasted sharply with the dark-brown dash, door tops, console-box lid, and leather-wrapped steering wheel. Soft-touch surfaces are generously applied, and wood accents dress up the console and doors. However, this tester noted that the right side panel of the console wasn’t tightly attached to the rest of the assembly.

Controls rely on a lot of push buttons, even for the 6-speed automatic transmission. Temperature and fan speed are governed by pivoting bars—tapping one end or the other of these bars summons the desired levels. Frankly, they’re not as convenient as rotating dials. Audio, navigation, and some other functions are accessible through the touchscreen in the dash—though volume and tuning dials below the screen make it easier to access and save presets. Equipped with Ford’s SYNC system and MyLincoln Touch, the MKX is capable of accepting voice commands for these systems and enabled phones. A bright configurable display shows up in the instrument cluster—a driver could develop a thumb blister toggling through the many information screens that can be called up to report various vehicle functions.

The record for personal-item storage is mixed. The pockets with bottle holders found in all four doors are fairly small. On the other hand, there’s a pretty good glove box, a fairly roomy console box, a covered bin that contains the electronic media hub (two USB ports, an auxiliary input, and an SD card reader), and an open bin beneath the console. Two open cup holders are set in the console; another two pop out from the front of the pull-down center armrest in the rear. A pouch is attached to the back of each front seat. 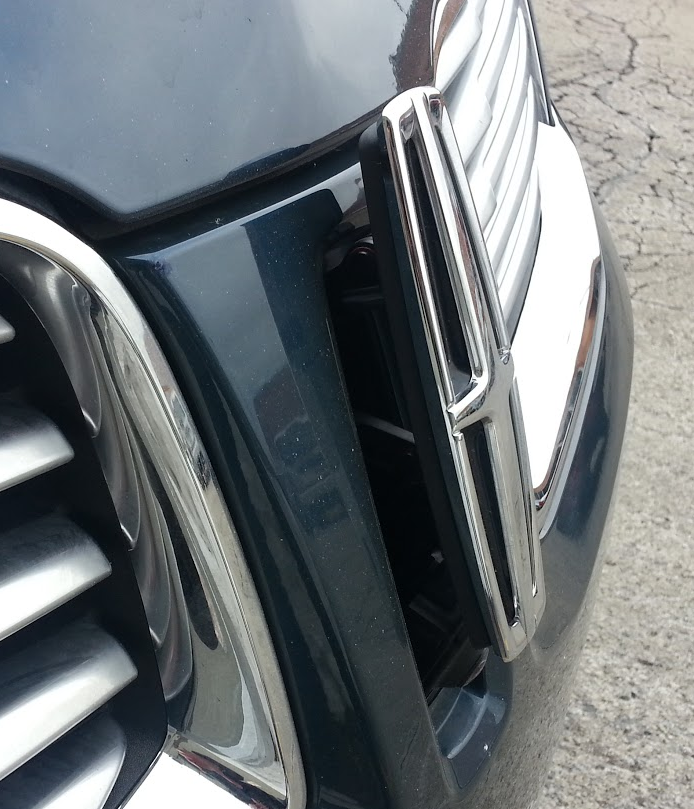 The front-mounted wide-angle camera pops out from behind the grille’s Lincoln badge. It helps the driver see oncoming pedestrians and vehicles when exiting an alley.

An MKX Reserve is well stocked with comforts and conveniences like dual-zone automatic climate control, satellite radio, navigation, remote starting, blind-spot sensing, rear cross-traffic alert, hands-free liftgate, and the big sunroof. There’s plenty more to be had, though—enough to launch the window sticker into Black Label territory like CG’s $61,125 test vehicle did with a quartet of major packages and a few stand-alone items. It’s possible to keep the cost much closer to $50,000 and still have a nicely turned out MKX with all-wheel drive, and there it’s a good luxury-class midsize-SUV value.