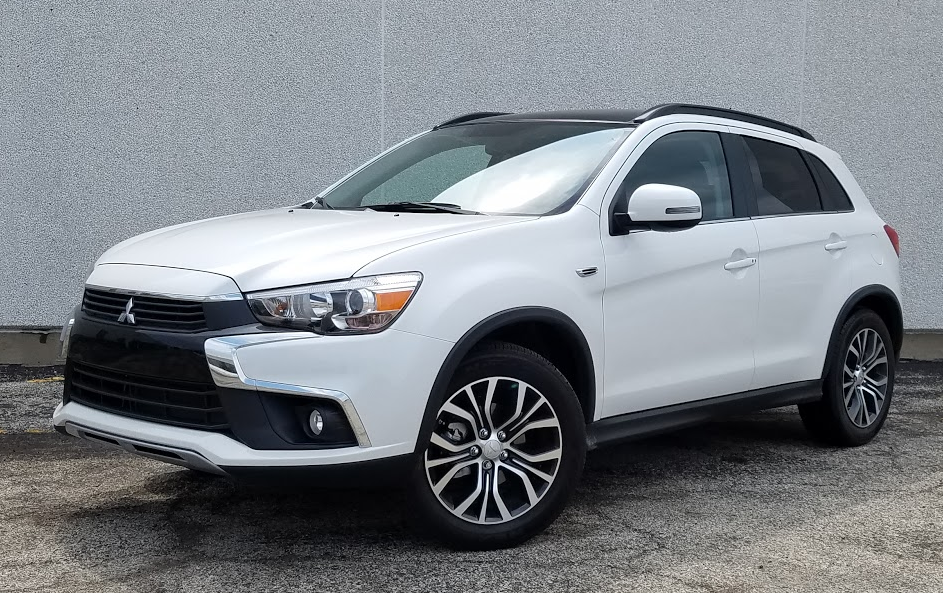 The not so good: Decent amount of passenger space for the class

The bad: Powertrain refinement and cabin finish trail the class

The price is nice. You can say that for the current Mitsubishi Outlander Sport GT.

When equipped with all-wheel-drive, it starts at $27,395. Not only is that the top of the Outlander Sport pecking order but also it’s very competitive in the compact crossover-sport-utility vehicle class. Compared to the two Consumer Guide® “Best Buys” in the class and the six “Best of the Rest” picks, that’s anywhere from about $2000 to almost $6000 less than their top-model base prices. 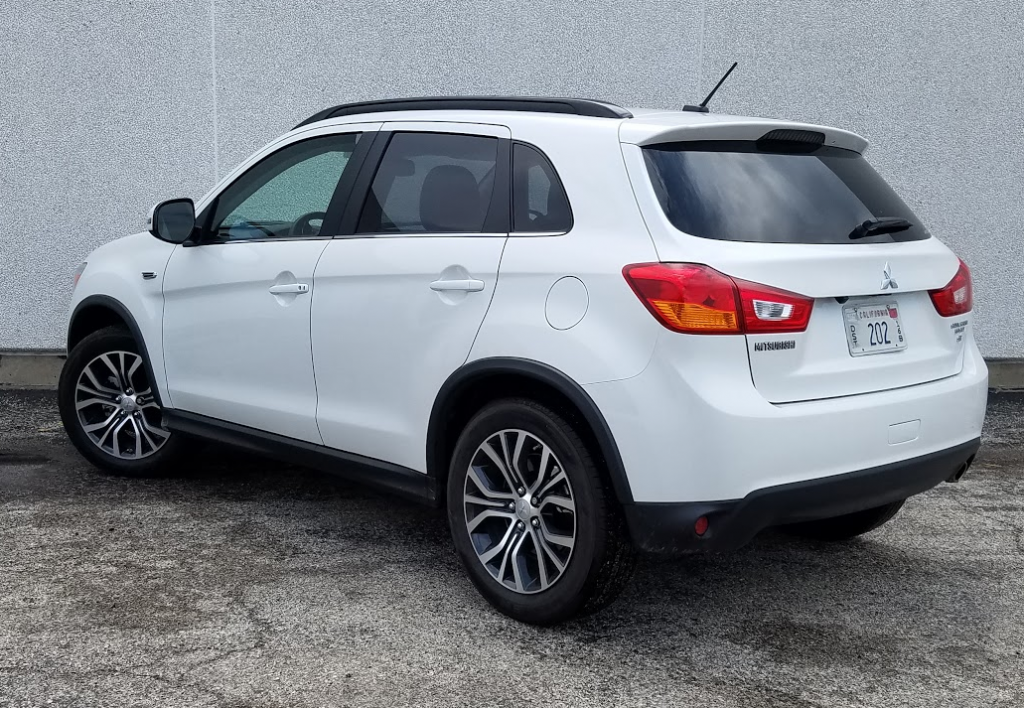 Bargain hunters who need a five-passenger crossover should be pleased at this news, especially if they can get by without much in addition to what comes standard on the GT. (They stand to save $1400 if they opt for the front-wheel-drive variant.) With just a $55 set of wheel locks and the inevitable delivery charge tacked on, CG’s all-wheel test GT stickered for $28,345. 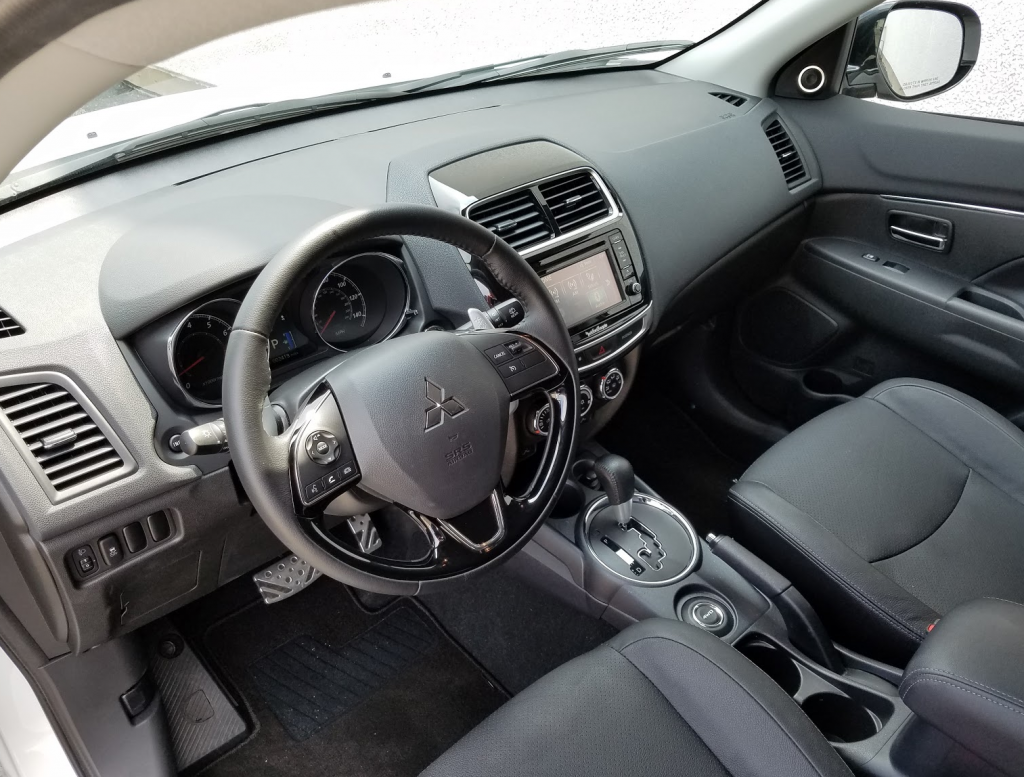 However, it would be hard to argue that some of those pricier segment rivals aren’t worth the extra money. The Outlander Sport has its good points, but it’s nothing really special.

Even in the GT the interior is monotone—any color you like as long as it’s black—with a little bright trim here and there. Leather covers the seats and wraps the steering wheel, shifter knob, and parking-brake handle, but slightly spongy material on the face of the dash and top of the front doors, and soft-touch surfaces on the portion of the arm rests where an elbow is likely to rest are almost lost amid expanses of hard plastic. Personal-item storage up front is handled by a glove box, a covered console box (with a power point and USB port inside), a small open space under the dash, two open cup holders in the console, and door pockets with bottle holders. However, the only second-row storage is a pouch on the back of the driver’s seat and two cup holders in the pull-down center armrest.

The Outlander Sport is among the racier-looking crossover SUVs with its short rear overhang, but cargo room isn’t all that great until the second-row seats, which are divided 60/40, are folded. They do fold very flat with an unbroken attachment to the cargo floor. The cargo area is lighted, and has tie-down hooks and a bin to hold small items on the left side. Note that the Outlander Sport has the same 105.1-inch wheelbase as the seven-passenger Outlander, but the former is 13.3 inches shorter overall at 171.5 inches bumper to bumper.

The driving position offers a good view of the road ahead, and there’s decent room in front, even under the standard panoramic sunroof. The second row has a little less headroom, but there’s adequate adult legroom, and space enough for three across in a pinch. Seat backs are on the upright side, though, and even if that doesn’t disturb you, the perceptible road and wind noise might. Gauges are big and legible, and controls are close at hand and easy to operate. Audio, phone, and optional navigation functions are regulated on a new 6.1-inch central touchscreen. Finding and saving audio presets is direct and intuitive. Climate control with automatic air conditioning is managed via three convenient dials.

Second-row seats fold nearly flush with the load floor, forming a usefully shaped cargo area. The GT’s standard audio subwoofer cuts into the cargo area, but not excessively so.

While many smaller vehicles are shifting to turbocharged four-cylinder engines of 2.0 liters of displacement or less, the Outlander Sport is sticking with naturally aspirated fours. The GT uses a 168-horsepower 2.4-liter engine, the larger and more powerful of the two found in Sport models, and an automatic continuously variable transmission with steering-wheel shift paddles. This is a pretty peppy engine with admirable highway manners. It is rated by the EPA at 22 mpg in city driving, 27 mpg on the highway, and 24 combined. In this tester’s experience, that’s pretty much on the mark. He drove the Sport GT for 174 miles, 70 percent of that in city-style driving, and got 22.5 mpg. Still, that was only .48 mpg better than he saw when testing a larger 2016 V6 Outlander GT months earlier.

Ride and handling are good, with perhaps a bit of impact harshness and hop over substantial road cracks to remind you that you don’t get state of the art at this price level. All Outlander Sports have the same suspension, steering, brakes, and tires. 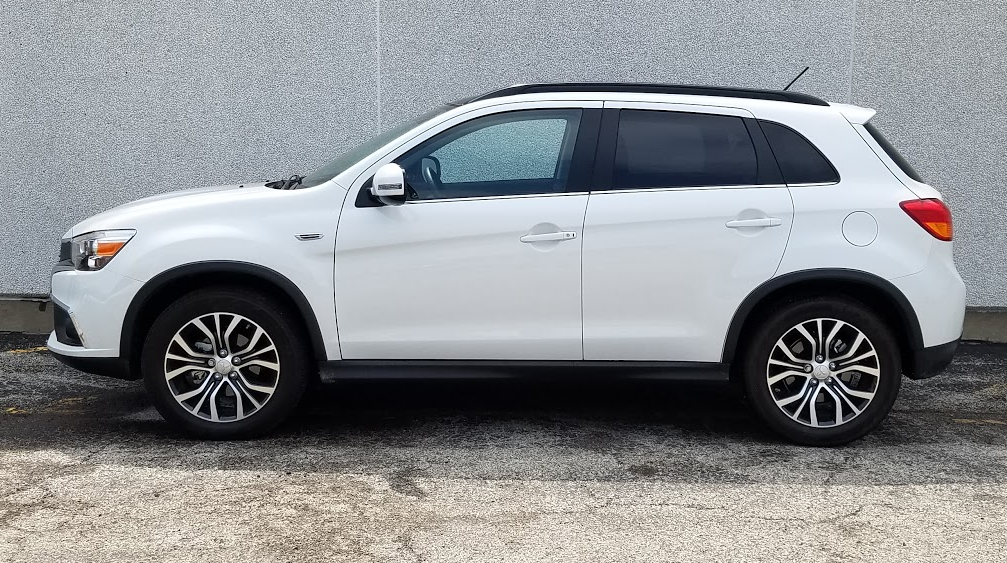