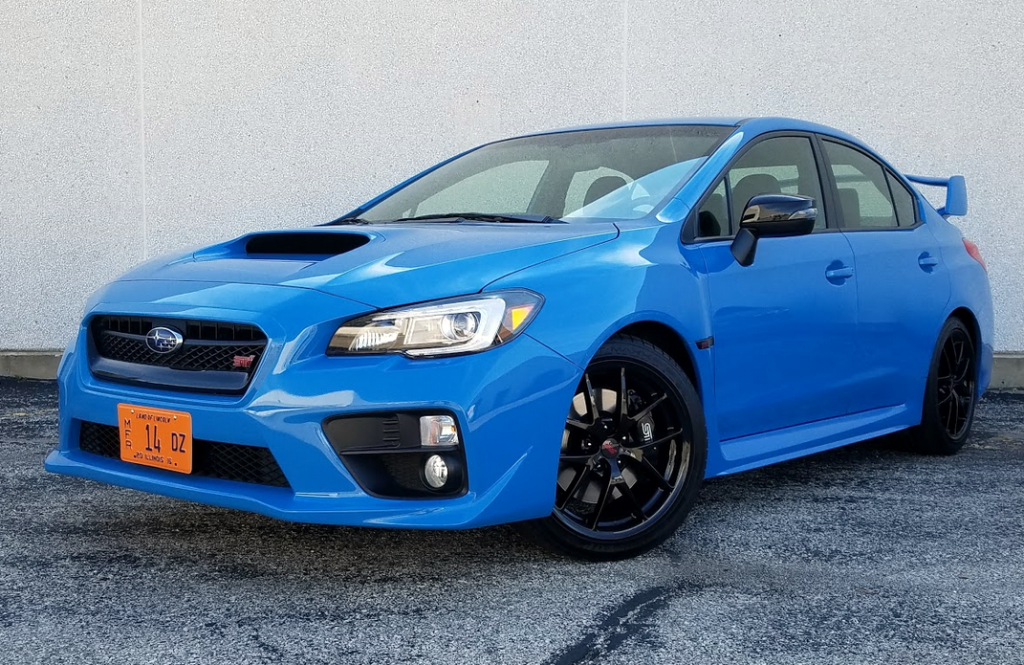 The great: Rewarding to drive

The good: Reasonable fuel economy given the available power

The not so good: Extremely firm ride

This pugnacious balled-up fist of a compact sedan is the clear ruler of its domain now that the Mitsubishi Lancer Evolution has been discontinued. Nothing quite sounds like it, with exhaust from its turbocharged 2.5-liter “boxer” four-cylinder engine roaring through four stainless-steel exhaust tips. Nothing looks like it either, with its Klingon Bird-of-Prey spoiler looming large over the decklid. It doesn’t care to waste time after you put your foot down on the accelerator, and it doesn’t let you get too comfortable once you’re strapped into the alcantara-clad seats. 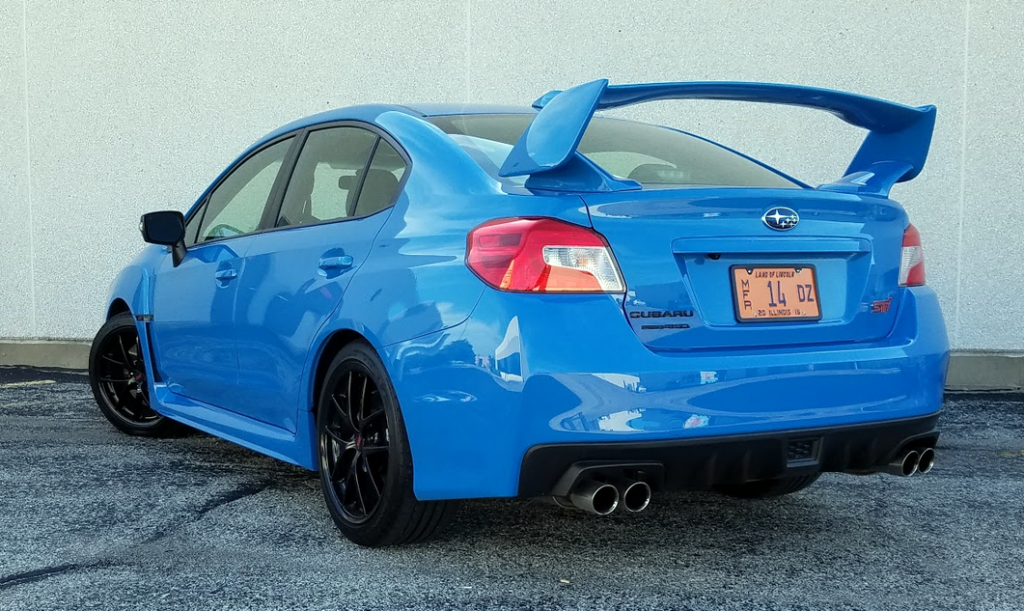 STIs are the true hot rods of the WRX family, with a bigger and more potent engine, firmer suspension, and an adjustable center differential that sub-STI versions lack. Prices start at $34,695, but the STI that Consumer Guide® editors tried out was outfitted in Series.HyperBlue trim. Sporting distinctive light Hyper Blue paint; leather-and-alcantara upholstery with blue stitching on the seats and door panels; black-finish 18-inch BBS wheels; and black-finish exterior mirrors, model identification, and fender trim, the S.HB costs $4300 more than an entry STI but $1000 less than a Limited with its standard leather upholstery, power moonroof, and keyless access and starting. 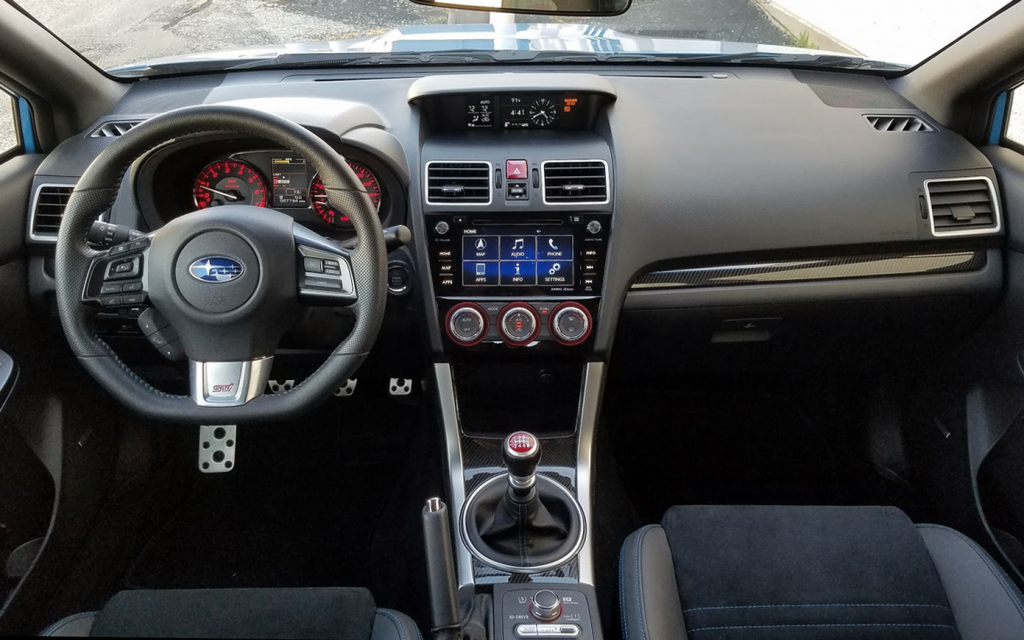 Despite some so-so plastic pieces, the WRX STI’s cabin has a convincingly upscale feel thanks to its Alcantara upholstery, alloy pedals, and impressive fit and finish.

The STI engine is a clear step up from the 268-horsepower turbo 2.0-liter four that was in the WRX Limited that CG tested earlier in the year. With its extra half liter of displacement, the happy-to-rev STI powerplant makes 305 horsepower, and puts those ponies to use for incredibly fast getaways. Twist the SI-Drive control dial on the console left (for “Sport”) or right (for “Sport#”) and throttle response gets commensurately quicker for truly thrilling acceleration.

It can, however, be tricky to keep the STI happy all the time in around-town driving. Maximum torque is 290 lb-ft, but that peak isn’t reached until 6000 rpm. You can be smoothly tooling along, just trying to be a responsible citizen in an outrageous car, maybe in fourth gear to salvage some fuel mileage, and then complete an unimpeded right turn only to find the car lugging for all it’s worth. Some judicious downshifting will be in order.

That shifting will be entirely on you, by the way. A six-speed manual is the only transmission choice for the STI. A meaty shifter needs a good push to get through the gates but then it goes where it’s pointed without vagueness. The clutch is stiff but not especially tricky to modulate. The STI powerteam is rated by the EPA at 17 mpg in the city, 23 mpg on the highway, and 19 combined. This reviewer’s 170.8-mile stint, which included 67 percent city-type driving, averaged 18.06 mpg.

Like almost all Subarus, WRXs have all-wheel-drive. In the STI, that is managed by a Driver Controlled Center Differential (DCCD). Regulated electronically but selected by the driver through a button on the console, it controls power distribution between the front and rear wheels. Sensors monitor factors like wheel slippage, steering angle, throttle position, and braking to help allocate torque distribution. The DCCD also incorporates limited-slip front and rear differentials.

Ride is extremely firm, hard really, and every pavement blemish makes itself felt. The tradeoff is exceptionally tight, flat cornering. Steering is a little on the heavy side but that’s probably not an entirely bad thing considering that the ratio is a little faster than in the 2.0-liter WRX. Standard Brembo brakes make a quick car stop quickly. 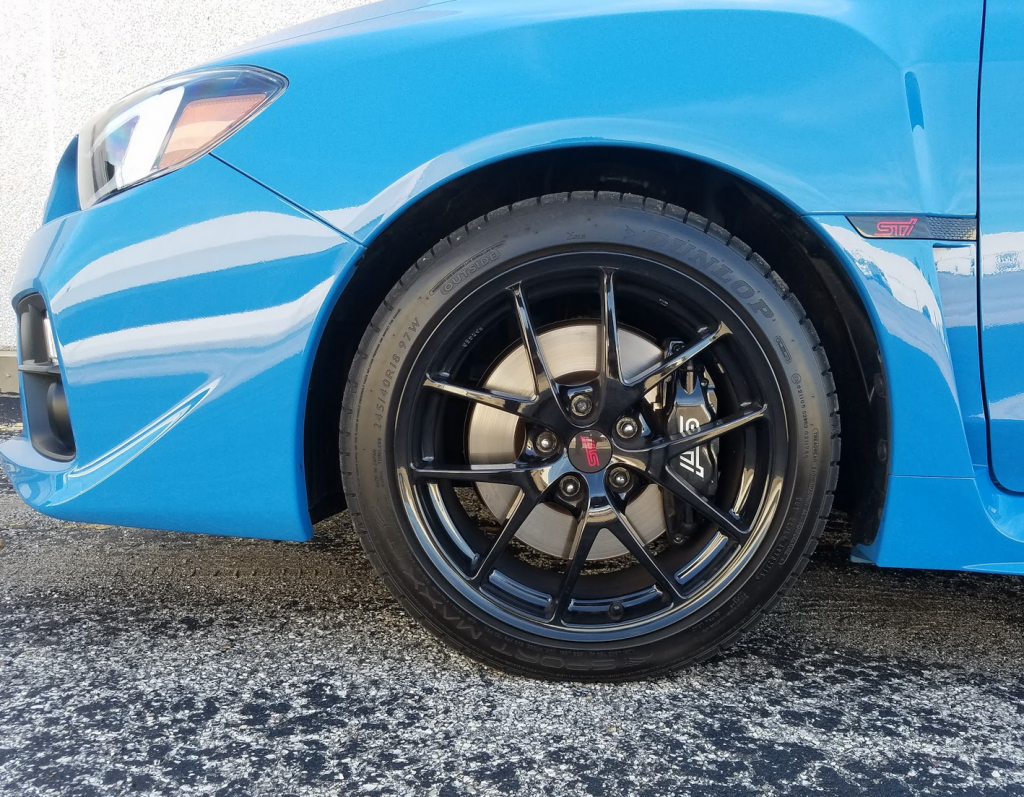 Interior differences between the two 2016 WRXs that CG has driven are slight. The STI’s alcantara seat inserts are functional for grip while still being pleasing to the touch (the material is also used on the interior door panels), and the blue stitching adds some spot color to an otherwise monotone cockpit. While soft-touch surfaces with some flex cover the dash top and the tops of all four doors, large sections of old-school hard plastic are obvious.

Convenient climate controls utilize three easy-to-use dials. Radio presets are easy to make on the touchscreen. A vehicle-information display at the top center of the dash includes readouts for things like turbo boost and percentage of throttle employed but it’s a reach to access the small lever for scrolling through the choices.

The driving position is low, but most front-seat occupants should have good room. If those in front don’t need all the available legroom, two adults will fit in back comfortably. Driver vision is very good in all directions due to thin roof pillars and lots of glass—though the big aero wing on the deck gets in the way of the straight-back view in the mirror.

Neither the glove box nor the covered console box (the latter with USB port and auxiliary input inside) is very spacious. Two cup holders with a sliding cover are in the console, there’s an open bin ahead of the shifter, and front doors have sizable pockets with bottle holders. In back, the STI makes due with a single storage pouch, this on the back of the front passenger seat. Cup holders pop out of the back of the console near the floor, and door pockets are just big enough for bottles.

Trunk space isn’t bad with a wide opening and a tiny bit of room for small items under the floor. Rear seats fold in a 60/40 divide for more cargo room. While they sit flat at a slight rise over the level of the trunk floor, the transition from the trunk is unbroken. 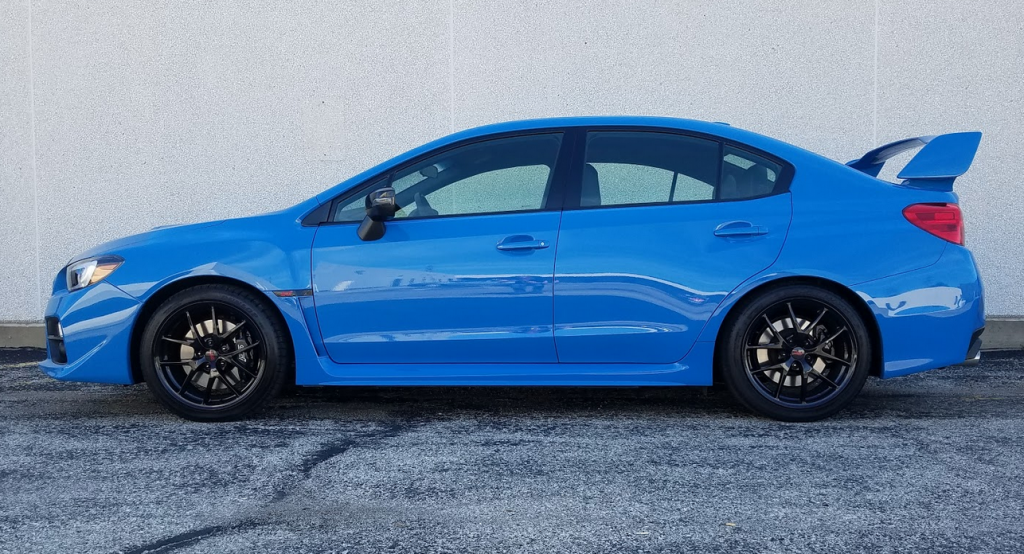 The Series.HyperBlue model is $4300 more than a base WRX STI, and $1000 less than the top-line WRX STI Limited.