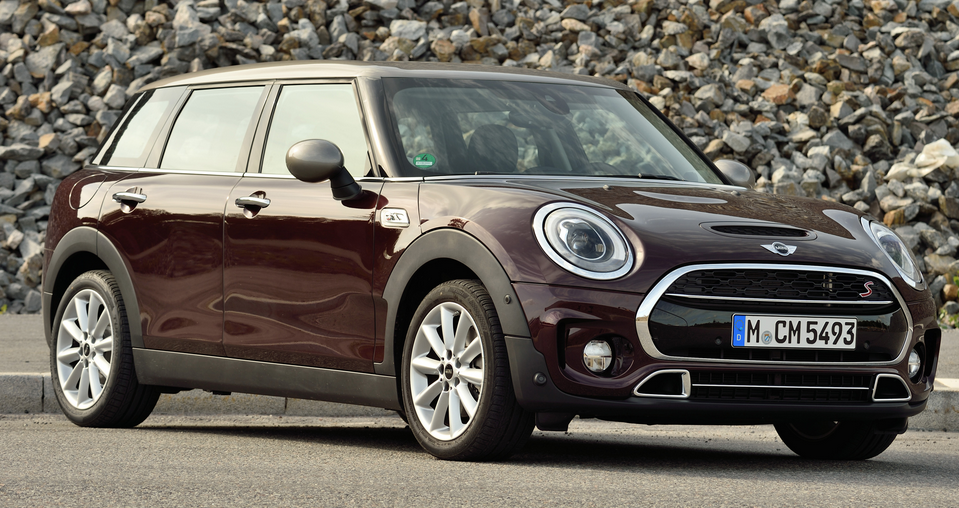 The good: Roomier than most Mini models

The not so good: Pricey options drive up bottom line

When evaluating a 2015 Mini Cooper S four-door last year, I couldn’t help but compare it unfavorably to an old Consumer Guide® long-term Mini Clubman wagon as a people-hauler. The four-door was impossibly cramped, and while the Clubman of distant memory would never be mistaken for a limousine, it still provided humane transport for four and a bit of their stuff. 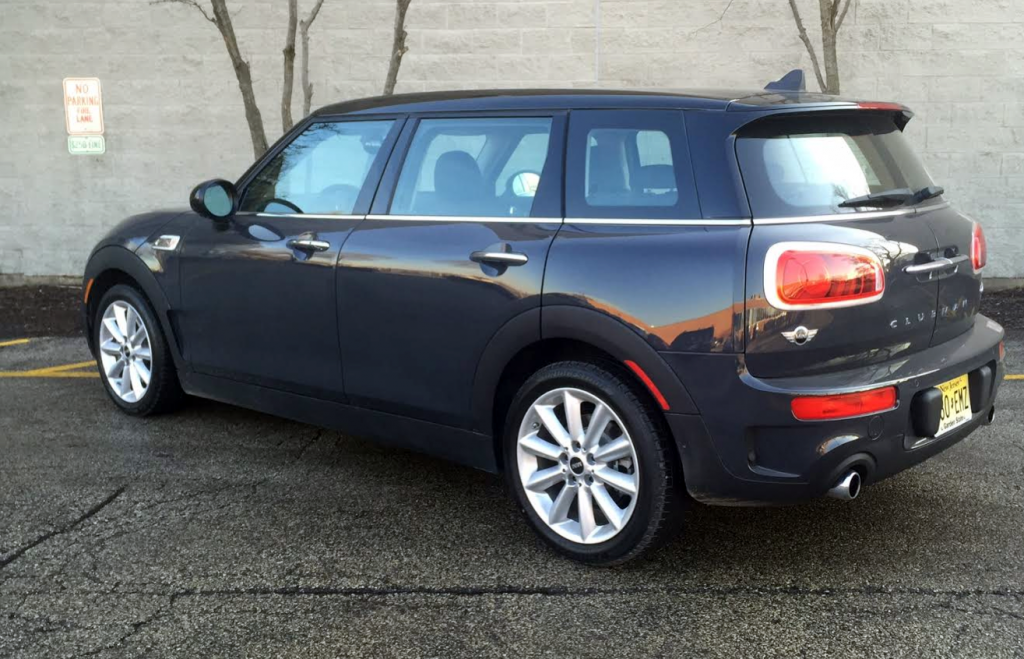 The Clubman has returned for 2016, which is good news for Mini Cooper enthusiasts who like to travel with an entourage. Better yet, it’s a little more convenient than the previous Clubman considering that it now has four full independently opening doors instead of the right-side-only “Clubdoor” that couldn’t be used unless the front passenger door was opened first.

Matched up against the four-door (itself a little bigger than the essential two-door Mini Hardtop), the ’16 Clubman has four more inches of wheelbase, 10.3 inches more overall length, and an additional 2.9 inches of width. Front passengers who take full advantage of their decent stretch-out room still exact a toll on second-row seating and foot space (which complicates entry and exit), but the Clubman gives those rear passengers two more inches of leg room than they’d find in a Mini Hardtop four-door. Plus they get an extra half-inch of head room, too. The wagon’s wider body also features the best front and rear shoulder room in the Mini Cooper clan, so where the four-door has a Marcel Marceau “man-trapped-in-a-cage” vibe, the Clubman provides some breathing room.

The same could be said for cargo room—if, say, cargo actually breathed. Behind the retro side-hinged panel-truck doors are 4.4 more cubic feet of “trunk” volume than in the four-door. There’s plenty of room for groceries or some soft luggage for a couple of people—more if the bumper-height floor panel is removed to expose more stacking space. Rear seats fold in a 60/40 split to create nearly flat extensions for up to 47.9 cubic feet of cargo volume—almost 18 percent more than the four-door holds.

CG’s test Clubman had the same 2.0-liter turbocharged four-cylinder engine found in any other Cooper S model. Rated at 189 horsepower and 207 lb-ft of torque, it’s a vigorous performer, even in base “Mid” driving mode. Drivers can also choose “Sport” or “Green” modes that alter fuel delivery and steering. The test car had a good, direct-shifting six-speed manual with a heavy but not wearying clutch. (An eight-speed automatic is available.) This combination is EPA rated at 22 mpg in the city, 32 mpg on the highway, and 26 combined. However, after a 164.7-mile stint, 56 percent in city-type driving in the Mid setting, I averaged just 23.66 premium-fueled mpg—the poorest mileage I’ve seen when driving Cooper S models in recent years. 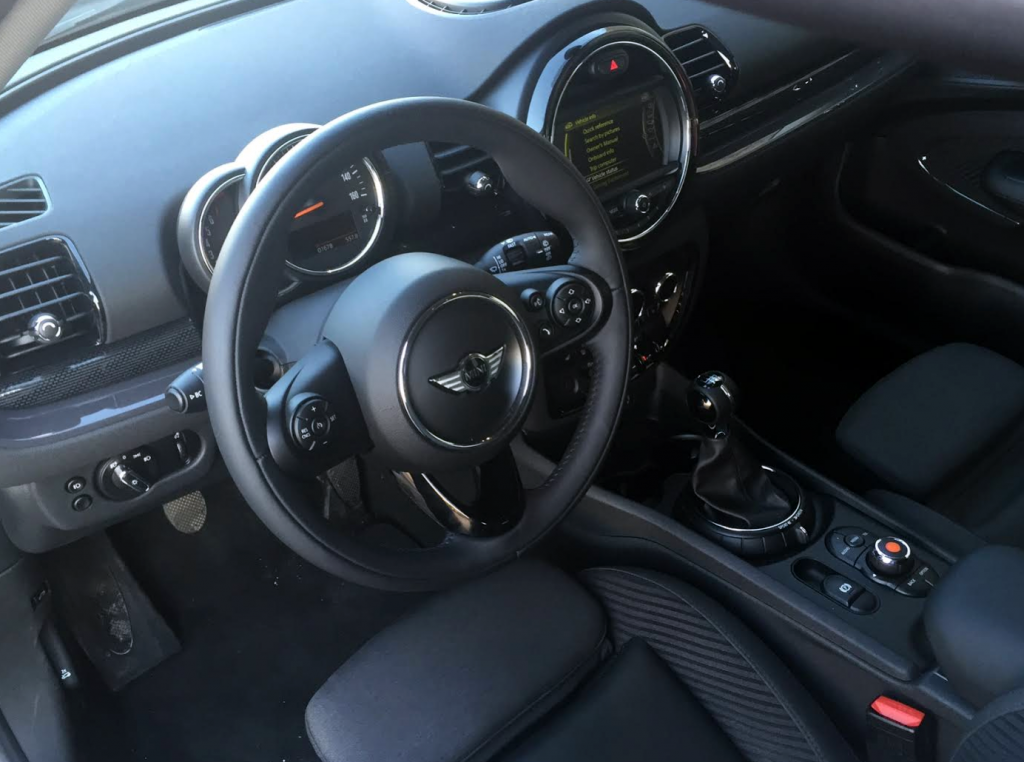 Cabin fit and finish are fine, though some materials seem a little workaday for a vehicle that stickers for more than $30,000.

As for handling, there can be some torque steer on brisk takeoffs. Steering is sharp and nicely weighted, and cornering is fairly flat. Likely due to having the longest wheelbase of the bunch, the Clubman rides pretty well, sanding off the rougher edges of road bumps that would jolt its shorter brethren.

Cabin ambience leans more sporty than plush. Storage space is only so-so. The glove box is passable, and the bilevel console box doesn’t have much space on either tier. Two open cup holders are at the front of the console ahead of shifter, and right by the USB/auxiliary-jack ports. Reaching for a drink might be complicated, especially when the car is in one of the odd-numbered gears. Big front-door pockets with bottle holders are found in the front doors, with smaller versions in the rear doors. Pouches on the backs of the front seats present the only other storage for rear-seat passengers. In the cargo bay, handy small-item pockets are built into the side walls and the insides of the rear panel doors. The straight-back view is obstructed some by the rear headrests (even when retracted) and the split between the cargo doors. Otherwise, the cabin is pretty airy.

The center of the dash houses a round display with room for audio, vehicle-information, and rear camera displays. A complex central controller on the console uses a mix of buttons and a rotating dial to operate the matrix of menus that appears on the screen. If you have to devote the time it would take to learn a new language just to bone up on how to select and save a radio station, something’s wrong. A series of toggle switches for things like the starter and traction-control activation remain arrayed in a row low on the instrument panel.

Aside from the audio-system experience, the only other unpleasant moment I had with the Clubman was opening the left-rear door on a 20-something-degree morning and pulling a vinyl weather strip away from the body. Drizzle from the previous night’s commute collected at the top of the door channel and froze to the weather strip. (Little white mounting clips dropped out like a hockey player’s teeth.) A later check of the right rear door showed it was not frozen but there was moisture in the same place. There was no evidence of collected water above the front doors. 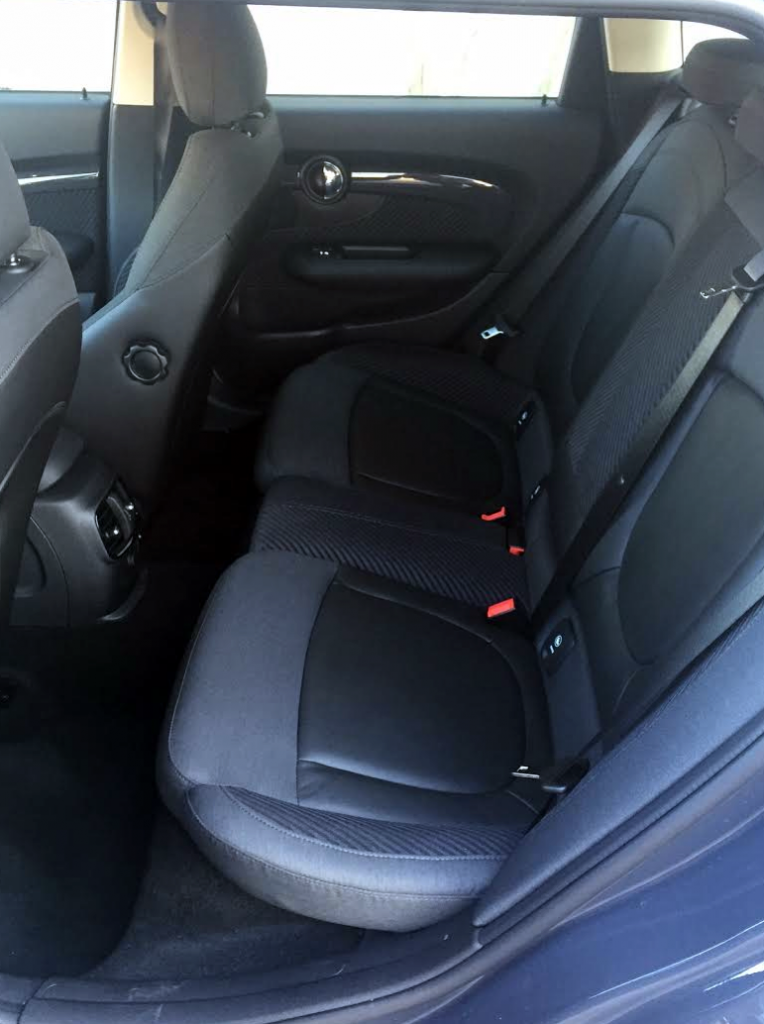 The Clubman’s rear-passenger space is much improved over its shorter Mini Hardtop 4-Door sibling.

CG’s test Clubman started at $27,650. That price included cruise control, 17-inch alloy wheels, electronic brake-force distribution and corner brake control, automatic dual-zone climate control, firmly bolstered sport seats with adjustable thigh support, a leather-wrapped steering wheel, configurable LED interior mood lighting, Bluetooth connectivity, and six-speaker audio. A collection of stand-alone luxury and convenience options, $4050 worth, drove the full-delivered price to $32,550. That’s a lot for a little car, even one with a high driving-fun quotient—though it was about $3400 less than the cost of the loaded but less convenient Mini four-door we sampled.