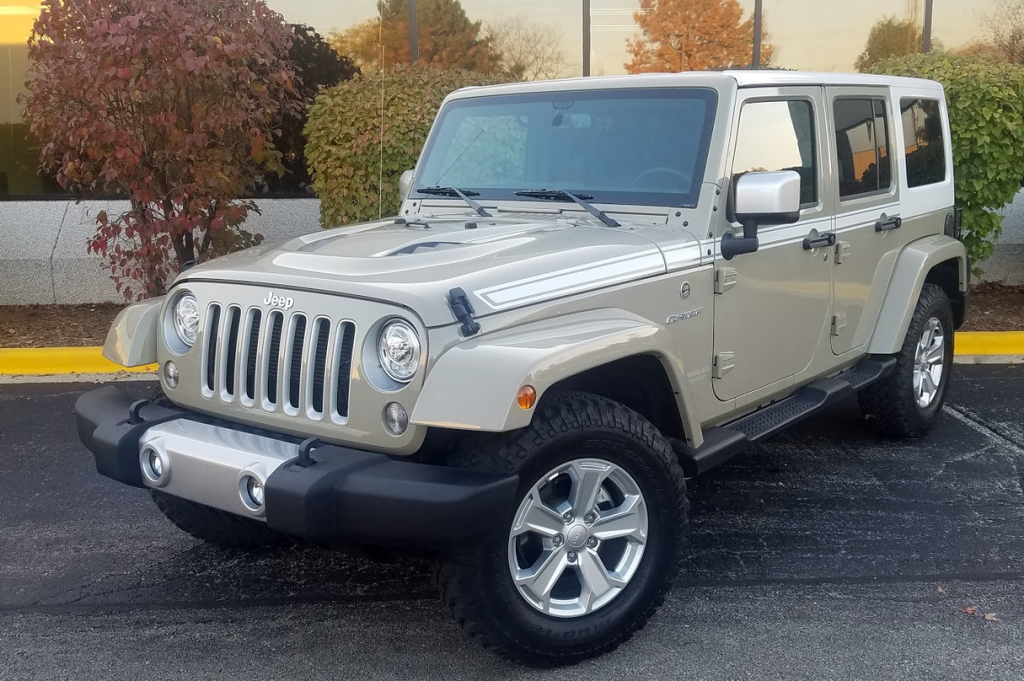 The completely redesigned, just-introduced 2018 Jeep Wrangler is getting the lion’s share of attention these days, and for good reason: It retains the Wrangler’s trademark personality and functionality while offering significant improvements in technology and all-around refinement. 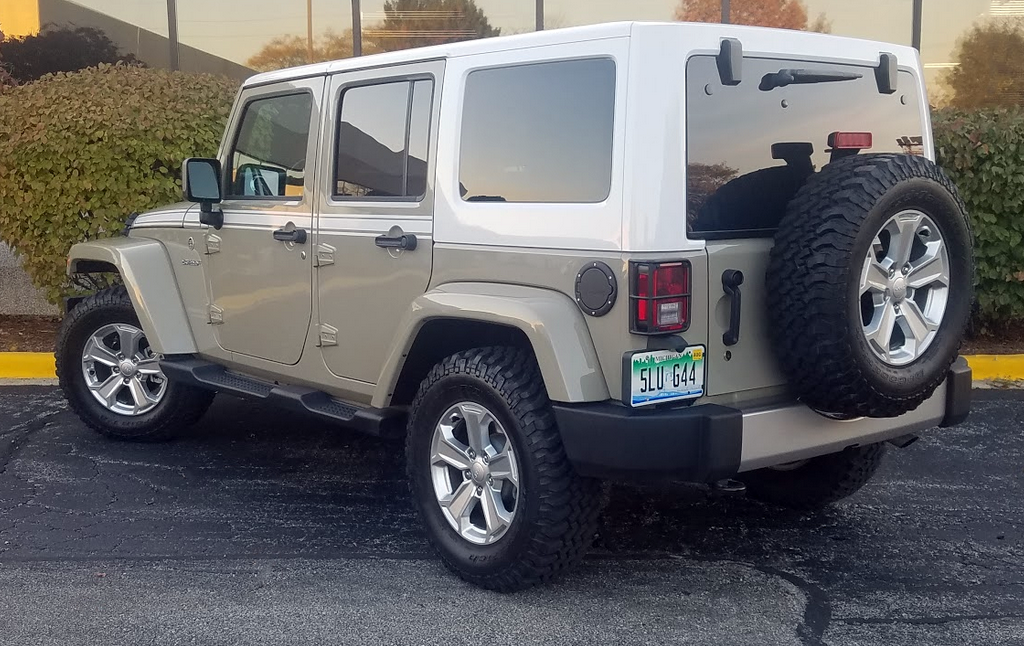 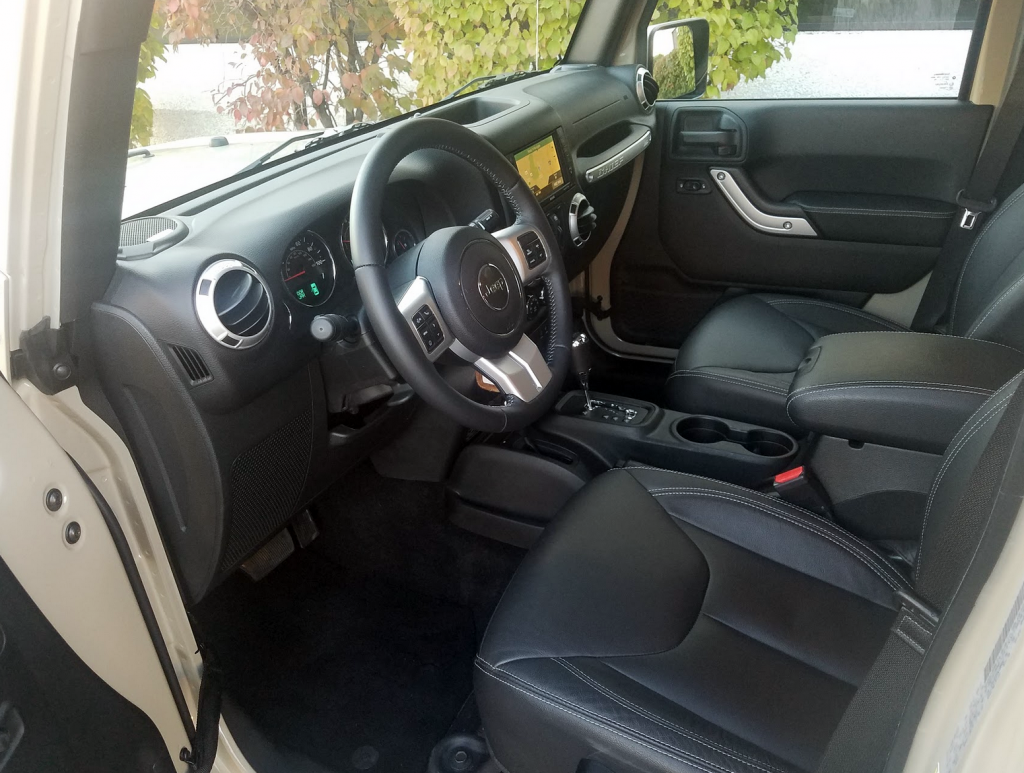 The Wrangler’s flat, upright windshield and “shallow” dashboard give it a unique feel from behind the wheel. Tall drivers will find legroom rather stingy.

The 2017 Jeep Wrangler Unlimited Chief we recently had through our test fleet can serve as a stand-in for the 2018 Wrangler JK. It checked in at a bottom-line sticker price of $45,700, about $10,000 of which was optional equipment. Be a bit more careful with the options, and keeping the sticker price under $40K shouldn’t be too hard.

The JK Wrangler hasn’t received many significant updates since its introduction way back in 2006 as a 2007 model, and it shows. The navigation screen is smaller and less feature-rich than on most 2017 and 2018 vehicles, the gauge cluster’s digital graphics are more “Casio alarm clock” than “smartphone,” and many of the controls don’t operate with the precision of those in more-recently-designed interiors. Also, a rearview camera display—now a mandated feature on most new vehicles—isn’t available.

Simply getting behind the wheel of a Jeep Wrangler is an experience unlike any other new vehicle. The view out the flat windshield from the driver’s seat is unmistakable. The external hood hinges and latches, the front fenders, the two rubber bumpers (so you can flip the hood all the way back to rest on the windshield)—all of these are indicators that you’re driving a purpose-built machine with an unabashedly nostalgic feel.

The view out the rear window is restricted by the rear-seat headrests, the window-wiper motor, the spare tire, and the center high-mounted stoplight. The tall, boxy body shape means headroom is very good all-around, but front-seat legroom is tight for large occupants, and the footwells are rather narrow. The Wrangler’s body is a bit “shallow” below the beltline, so the high floor means that tall occupants will likely sit knees up. Rear legroom is very stingy behind a tall front-seater, and the rear seat backs are situated at an upright angle that may be uncomfortable for some. Entry and exit can also be challenging—the step-in height is high, and the door apertures are quite narrow, especially on the rear doors.

The ride is stiff and often “wallowy.” The steering ratio is tuned for minute, careful inputs in challenging off-road terrain. On road, that quick steering is almost TOO responsive; it can feel a bit “nervous” and require frequent corrective inputs when driving on the highway. Despite the direct steering, however, the Wrangler’s turning radius isn’t very tight for a vehicle its size. We found ourselves having to do some forward/reverse maneuvering to pull into a close-quarters parking spot or two during runs to the supermarket. 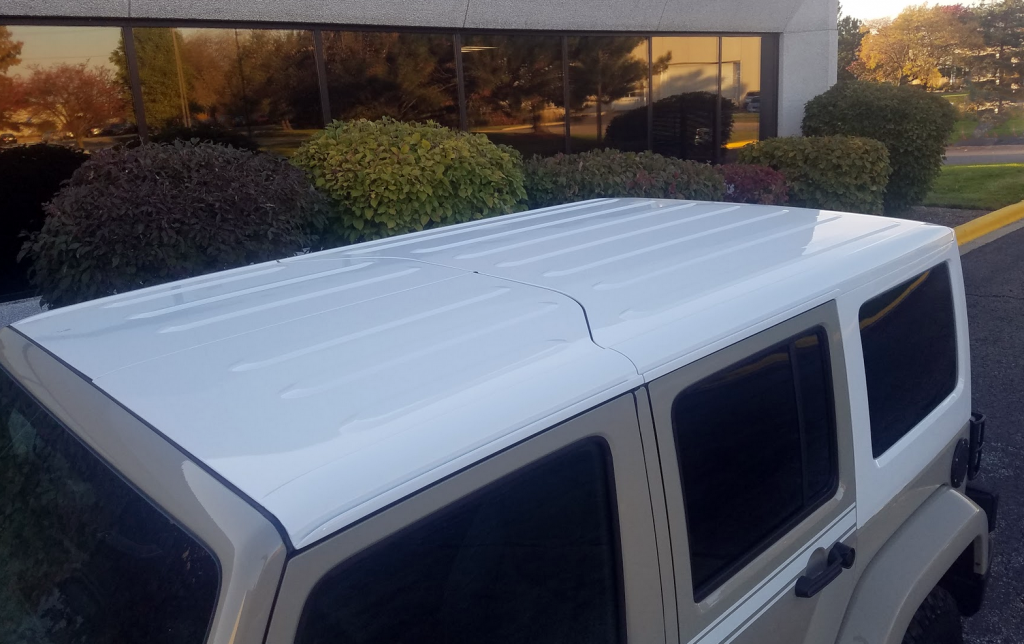 A white-colored removable hardtop with removable sunroof panels is also included in the Chief Edition package.

Noise levels are high all-around. The knobby BF Goodrich Mud-Terrain T/A tires can make quite a racket, especially at highway speeds. The growl from the V6 engine is always noticeable, and can grow intrusive when accelerating. Wind rush and general ambient noises are more pronounced than in other SUVs as well.

The acceleration is quite satisfying; the 285-hp 3.6-liter V6 supplies ample power, but the Wrangler’s dynamic shortcomings and copious thirst for gasoline kept us from dipping too deeply into the throttle. Even though we took it fairly easy, we only averaged 15 mpg in a test that consisted of about 65 percent city driving. We haven’t had the new 2018 “JL” Wrangler in for fuel-economy testing just yet, but its numbers will certainly be superior, thanks in part to a fuel-saving engine start/stop feature and an 8-speed automatic transmission in place of this aged 5-speed.

Interesting retro styling details are a big part of the Jeep Wrangler’s appeal.

The Wrangler eschews many modern-day design features in favor of deliberately old-school elements that demand a bit more user involvement (and, in some cases, good ol’ manual labor). The door hinges don’t have detents; there are fabric retainer straps instead. This means that the doors often won’t always stay open on their own, and often need to be propped open by you—this can be a pain on a windy day, or when you’re parked on an incline. The doors also require a stronger-than-normal push for them to close and latch fully. Likewise, The swing-out tailgate and lift-up rear glass are more tedious than a traditional liftgate. And though the Wrangler offers unmatched open-air, fun-in-the-sun capability, the lift-off hardtop and folding soft-top options are fairly difficult to use without lots of practice. Diehard Wrangler enthusiasts don’t seem to mind; they shrug off stuff like this by saying, “It’s a Jeep thing… you wouldn’t understand.” (Also, it should be noted that the redesigned ’18 Wrangler vastly improves many of these quirks.)

The JK-generation Wrangler might be the closest thing to a farm implement you can buy as an over-the-road passenger vehicle in 2018, but that’s part of its charm. You automatically feel a bit more rugged and adventurous just by driving one.

The JK-generation Wrangler is focused on serious off-roading, to the point that its fuel-economy, on-road performance, and all-around refinement come up short compared to the rest of the compact SUV class. However, large numbers of Jeep owners don’t seem to mind; they accept the tradeoffs, and value the Wrangler’s character and capabilities.