Any good headhunter will tell you that it pays to be flexible when looking for a job. Sure, experience is good, but being willing and able to adapt to different projects almost always impresses potential employers. 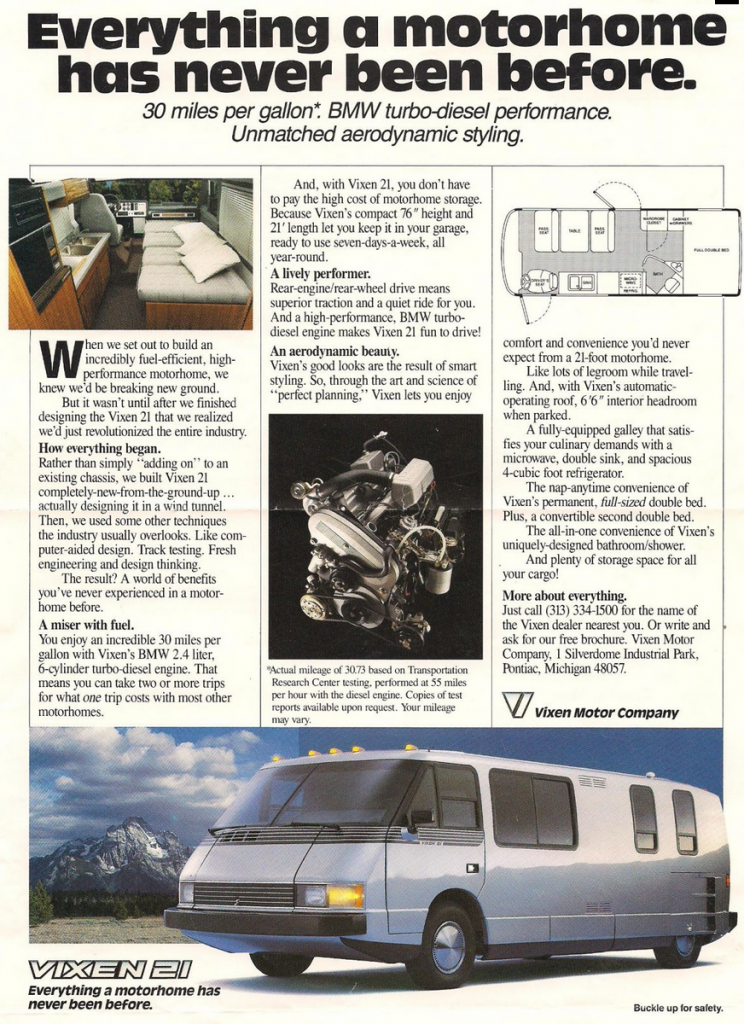 One man who must have caught the eye of many automotive companies over the course of his illustrious career is automotive engineer William “Bill” Collins Jr. Three of the most interesting lines on Bill’s lengthy resume are: overseeing development of General Motors’ 1977 B-Body redesign, engineering the DeLorean DMC 12, and designing and manufacturing his own motor home. Really.

It’s the motor home were going to talk about here. Inspired by the GMC MotorHome, Collins set out to build his own vacation machine, but with the intended goal of making it more fuel efficient, better handling, and capable of being parked in a residential garage.

After wrapping up his time with DeLorean, Collins formed the Vixen Motor Company, specifically to build motor homes. Collins would design the Vixen motor home himself, and leave finance and marketing duties to his partners. On the topic of finance, Collins once noted, “I learned a lot about how to raise money from John DeLorean, and a lot about how not to raise money.”

Collins chose to use a number of components from the Chevrolet G20 van for the steering, front brakes, and suspension of his rear-engine, rear-drive motor home. For the rear suspension, Collins designed his own de Dion-style arrangement. For power, Collins went with the same 2.4-liter turbocharged diesel BMW engine that Lincoln would install in a limited number of its Mark VII and Continental models.

In order to keep the Vixen down to a “garageable” height, Collins designed the Vixen with an accordion-style roof that, when parked, extended the interior ceiling height of the vehicle by as much as 24 inches on the driver side.

Vixen’s first model, the 21, was first seen at the 1986 Detroit Auto Show, and went on sale just a few months later.

Media reviews of the Vixen 21 were overwhelmingly positive, with buff-book magazines especially effusive with their praise. Though the Vixen was not quick—the small diesel was good for just 115 horsepower, and the vehicle itself tipped the scales at around 5100 pounds—reviewers got a kick out of the standard Renault-sourced 5-speed manual transmission and surprisingly taut handling.

Fuel economy was reportedly excellent for a motor home; there are anecdotal reports of owners seeing as much as 30 mpg on the highway. Credit the diesel engine and the Vixen’s reported sub .30 drag coefficient for the open-road efficiency. 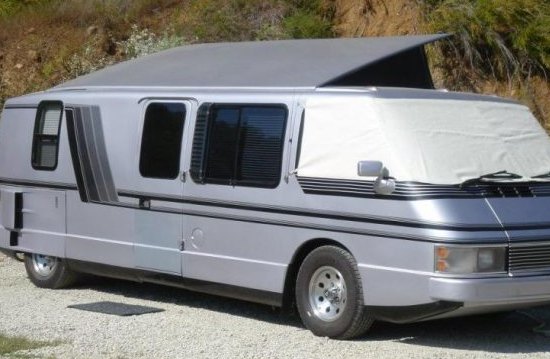 The Vixen’s pop-up roof pivoted upward from the driver’s side. The low roof height (at least compared to the average RV) allowed the vehicle to fit in larger residential garages.

In total, 3 Vixen models were offered: 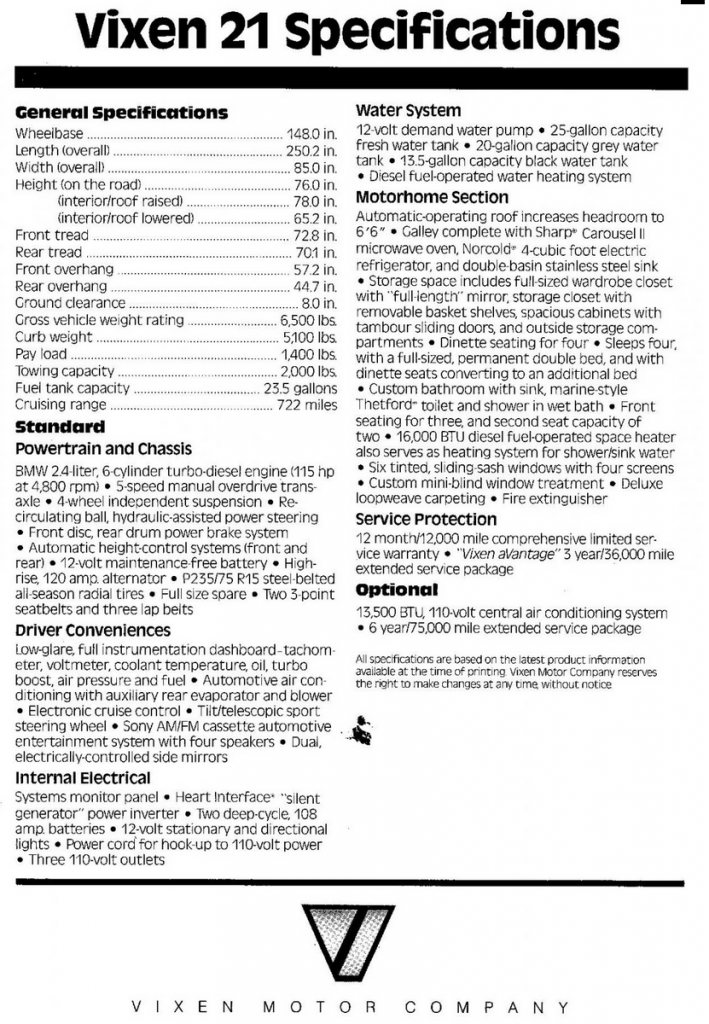 The original Vixen, as seen at the Detroit Auto Show. The 21 TD featured the diesel engine, manual transmission, and pop-up roof. The 21 indicated the Vixen’s approximate length in feet. (All Vixen models were the same length.)

Introduced after the TD, the XC was an executive limo of sorts, replacing the TD’s kitchen and sleeping provisions with lounge-style seating.

A replacement for the TD, the SE featured a General Motors-sourced 3.8-liter V6 and 4-speed automatic transmission. To reduce manufacturing costs, the pop-up roof was replaced with a fixed ceiling.

Collins rejected the SE model as a compromise of his original goals, as the new drivetrain was less efficient than the BMW-sourced engine, and the new roof made the van too tall to fit in most garages. Collins’ partners, however, saw the SE as a way to reduce manufacturing costs in the wake of the slow sales of the original Vixen.

Vixen production ended in 1989, with just 587 of the vans having been produced. Of those, just 171 were GM-powered SE models.

Predictably, the Vixen motor home is rare today, but it has a following. Recent sales of Vixens in good condition have seen transaction prices in the neighborhood of $40,000. Not bad for a 30-plus-year-old motor home.

You probably won’t be surprised that there is a Vixen owners club. You can check out their website here. 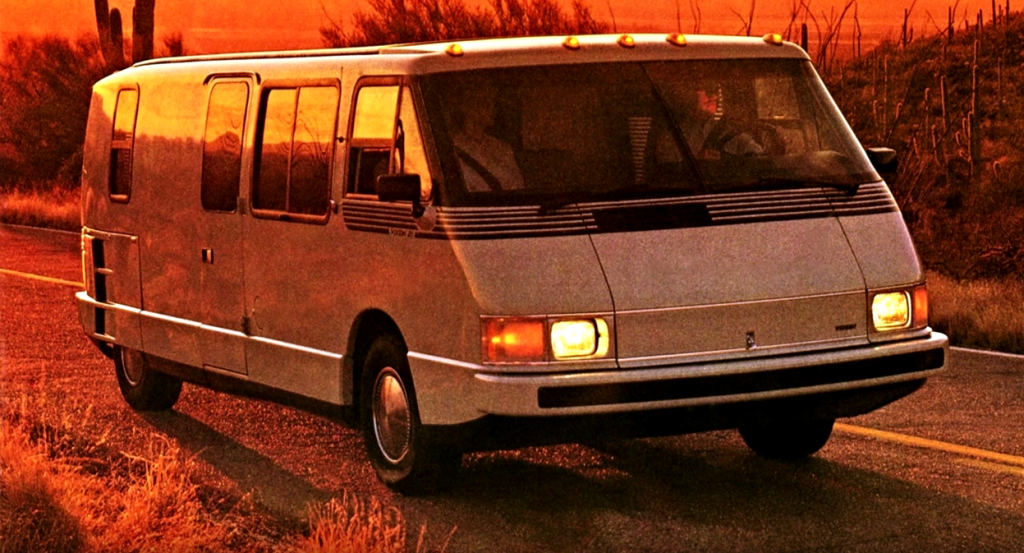