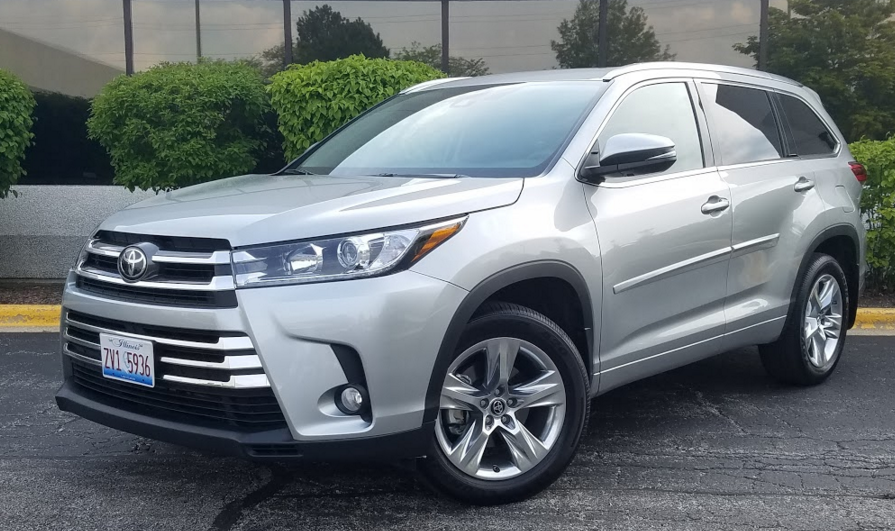 The not so good: Long reach to some right-side infotainment controls

One — quite appropriately — was the Toyota Highlander.

Long a fine choice in a midsize crossover, the Highlander ups the ante for 2017 with freshened styling, more power for V6 versions, an 8-speed automatic (replacing a 6-speed) in most models, a sportier new SE trim level, and expanded availability of the thrifty Hybrid version (now the only one offered in the class). Also, newly standard are valuable safety features that include forward collision warning and mitigation with pedestrian detection, lane-departure warning and mitigation, automatic high beams, and adaptive cruise control.

An unusual feature of the Highlander is its separate-opening back glass, which adds to its already-good cargo versatility.

Though not necessarily exclusive features, some notable Highlander highlights include:

In the last two years, we’ve had the opportunity to test a mid-level XLE and an up-level Hybrid Limited, both in AWD form. This year, we tested the gas version of a Limited, also with AWD. 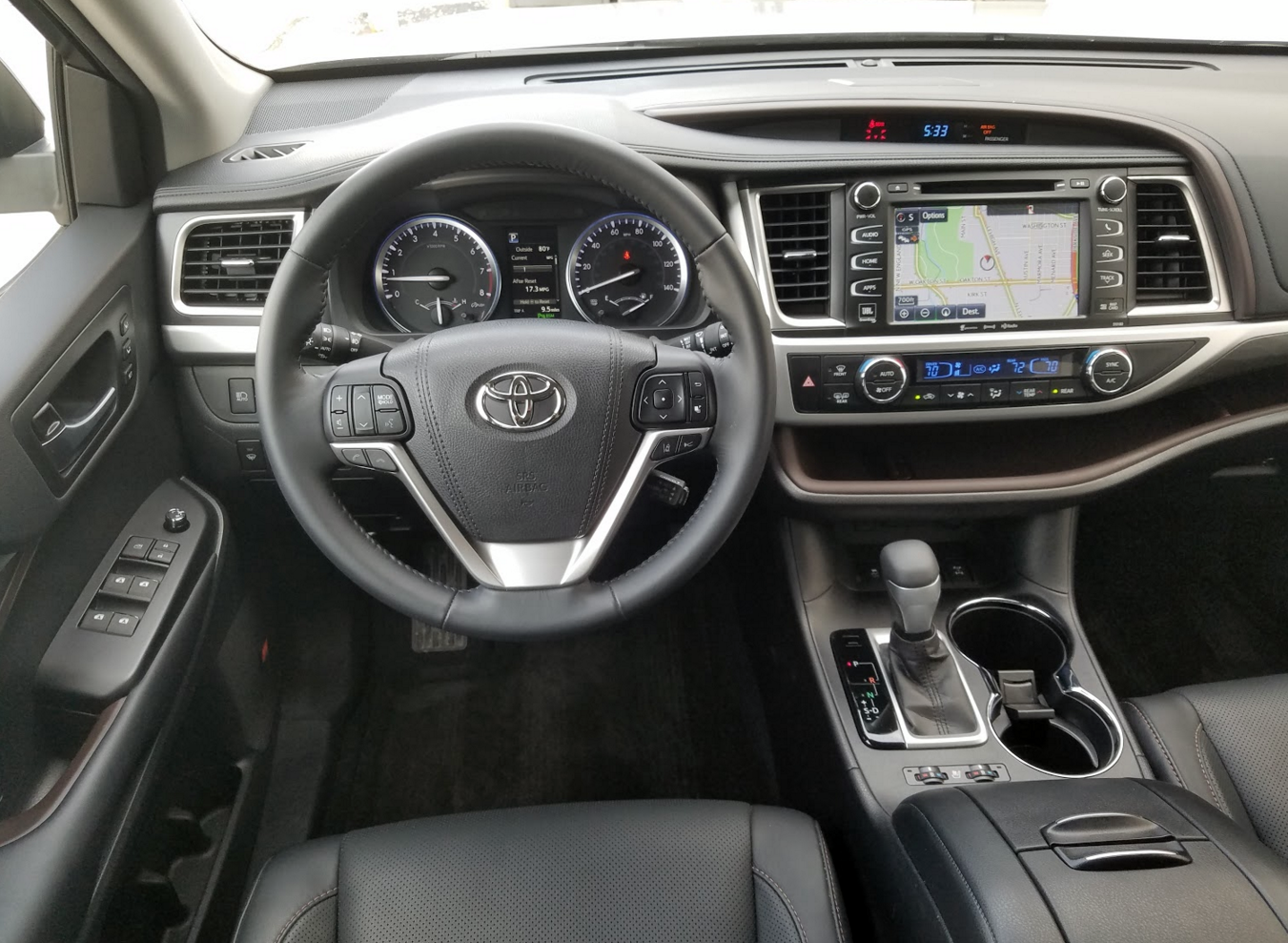 The Highlander’s only real ergonomic flaw is that some right-side infotainment controls are a bit of a stretch for the driver to reach.

For 2017, gas V6 Highlanders (which includes all but the base 4-cylinder LE) get a horsepower boost from 273 to 295, and also swap their 6-speed automatic for an 8-speed. The combination boosts EPA figures by 2 mpg to 20 city/26 highway/22 combined, and indeed, our 2017 tester averaged a significant 5 mpg better than the 2016 XLE tested, though with more highway miles.

Features added on the Limited (over the XLE) include LED headlights with Daytime Running Lights, puddle lamps, memory mirrors and driver seat, 19-inch wheels (vs 18s), JBL audio system, ventilated front seats, and rear-obstacle detection. It also has blind-spot and rear-cross-traffic alert, but those are also on the XLE.

Gas V6 models provide a strong full-throttle jump off the line, and the transmission executes fairly quick kickdowns for more passing power. The ride is comfortable, and handling is on par with the best in the class. Two long highway trips netted 25.4 mpg, just under the EPA’s 26-mpg highway rating.

Second-row seats slide fore and aft about six inches to balance 2nd- and 3rd-row legroom. The 2nd-row seat slides forward in a one-hand, two-step process for access to the 3rd row, which can accommodate average-size adults.

There’s fine passenger room in both the first and second rows, and though our test vehicle had 2nd-row buckets (for 7-passenger capacity) with a flip-up center tray, a center seat can be ordered, and anyone sitting there will have good foot space thanks to a flat floor. The second row slides fore and aft about six inches to allow balancing 2nd- and 3rd-row legroom, and average-size adults can sit in the third row if the second row is set no more than midway back. It’s a two-step process to slide the 2nd-row seat forward for access to the third row, but it can be done fairly easily with one hand and a little practice.

Visibility is quite good all around, and cabin materials are nice if not plush. Infotainment controls include volume and tuning knobs, but the latter is a long reach for the driver, as is the audio-source button, and the far side of the touchscreen is also a bit of a stretch. We were able to easily input destinations to the navigation system via voice commands.

But the real star of the interior show is the available storage space. A large glovebox is augmented by a huge 2-door console box, a forward console tray under 12-volt, Aux, and three USB ports (two supplying 2.1 amps for charging), a left-side dash bin, and a wide under-dash tray with padded bottom.

Cargo space is also good in back, with the 2nd- and 3rd-row seats folding flat and level with the cargo floor. The flip-up back window is an unexpected convenience, as it’s easier to raise than the entire tailgate. It may also enable you to carry something like a lawnmower with its handle sticking out the window, but that’s probably not recommended.

Although our Limited AWD’s $44,514 as-tested price may be a bit sobering, this upper trim level includes some very useful features, and a $3120 Platinum Package adds a few more. But most of the safety features are included in the XLE AWD, which starts at $40,940, making that, perhaps, the better bargain. But any of the V6 models, at least, continue to stand as solid Best Buys.

The Highlander has been a Best Buy choice for some time, and only adds to that appeal with its 2017 updates.